Got some I've been waiting to see this month! But first, Close Encounters is releasing...why though?
I want to see It, American Assassin, Kingsmen, Flatliners, and The LEGO Ninjago Movie. I'm also curious about the Garbage Pail Kids documentary...I used to collect those :) 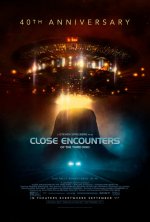 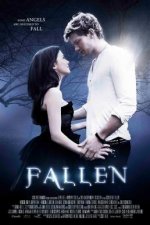 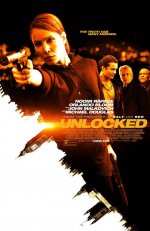 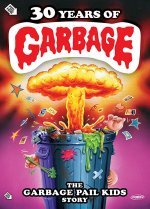 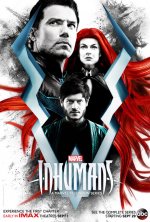 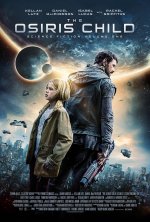 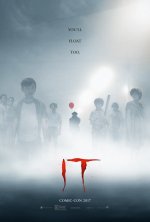 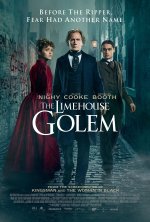 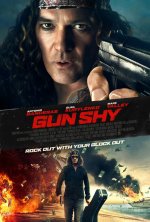 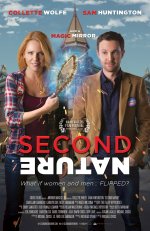 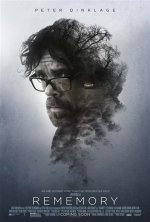 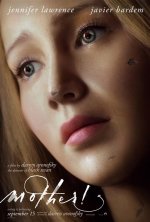 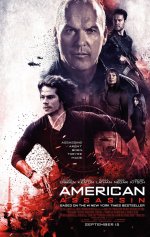 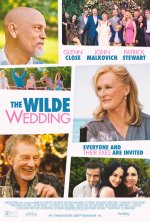 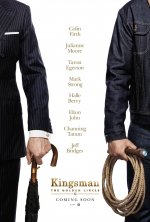 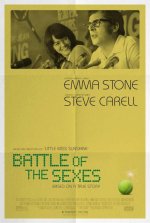 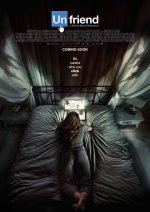 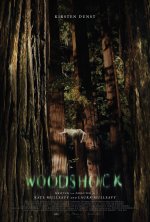 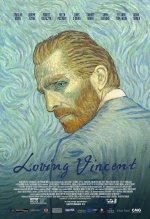 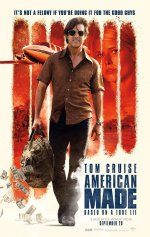 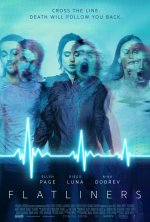 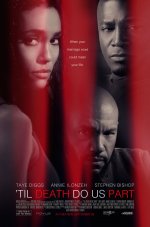 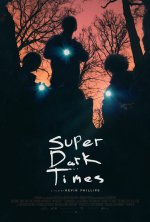 Book Review: Marked for Them (Witches of Rose Lake Coven #1) by Lia Davis 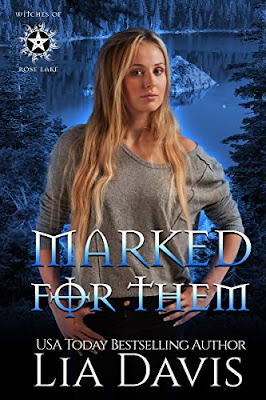 Marked for Them (Witches of Rose Lake Coven #1)

by Lia Davis
July 25th 2017
Kindle Edition, 124 pages
Hiding out in a mental institution isn’t glamorous. I call it surviving.

I’m blissfully unaware of the world outside the walls—and spell—that hides me. Until the ghost shows up with talks about his friends being marked by a demon. Oh, but not just any demon. The same one who has marked me and wants me dead.

Fearful daddy dearest would be my next uninvited guess, I make the choice to follow the ghost to his four, very alive friends. To my relief they want my father dead as much as I do. One thing I’m not prepared for is finding out that Zane—the alpha wolf shifter—is my mate, and the demon mark links the five of us—ghost included—together on a deeper level than I thought.

Teaming up and facing the demon stirs up passion and dark secrets none of us are ready to face.

So the cover of Marked for Them features a leather-clad buxom blonde standing in front of four jacked dudes. Four guys, one girl; I liked those odds. I was in. The premise goes like this: Reese is half-demon, half-witch. Her father, a power demon, marked her for death. Seeking human recruits to help in the effort, daddy demon marked five teen boys as well, demanding they submit to his will, hunt and kill Reese. As the teens grow into men, they thwart the demon and face deadly consequences. Through paranormal intervention, Reese joins with the men, a witch and alpha shifter among them, and comes to find they’re fated mates. All. Of. Them.

Hot, right? The story ended up being rather lukewarm. While the premise is great, the character development and romantic tension fell a bit flat for me. Relationships, characters, and scenes of romance are hastily developed. The story also ends in a cliff-hanger; definitely not my preference. I feel with a slower roll out, Davis could’ve more fully developed a pretty compelling concept. I’m not giving up on the Witches of Rose Lake Coven. I’d still like to see what kind of magic this interesting little coven creates.

Goodreads-Amazon
In 2008, Lia Davis ventured into the world of writing and publishing and never looked back. She has published more than twenty books, including the bestselling A Tiger’s Claim, book one in her fan favorite Ashwood Falls series. Her novels feature compassionate yet strong alpha heroes who know how to please their women and her leading ladies are each strong in their own way. No matter what obstacle she throws at them, they come out better in the end.

While writing was initially a way escape from real world drama, Lia now makes her living creating worlds filled with magic, mystery, romance, and adventure so that others can leave real life behind for a few hours at a time.

Lia’s favorite things are spending time with family, traveling, reading, writing, chocolate, coffee, nature and hanging out with her kitties. She and her family live in Northeast Florida battling hurricanes and very humid summers, but it’s her home and she loves it! Sign up for her newsletter, become a member of her fan club, and follow her on Twitter@NovelsByLia. 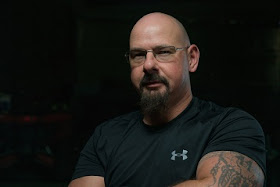 Yes, I wrote a Book!


I get a laugh when I see the expression from some when they first here that I wrote a book. It usually starts with the puzzled look of confusion followed by a raised eye brow as they squint look me in the eye and say “You wrote a book?”

I usually say “Ya” or just nod my head yes as they ask the typical follow up questions which are as followed.

“Is it any good?” Or the other question I prefer is “What’s it about?” I guess you could say I would rather give a non-bias Opinion. So, if they just ask a question about the book then I have inside knowledge and can answer each question in
detail.

Trying to answer the question about the quality of the work is easy as well, but it will be extremely one sided. I tell them “it is the best book you’ll ever read.”

As our conversation continues and they hear I wrote a book about werewolves the puzzled expression expands to wide eyes and a quick startled motion as they say “Werewolves, what the hell gave you that idea?”

This again, is another simple question. If you have ever been by yourself out in a hay field about dark and several miles from the nearest person. I know you would understand. After all, all you are doing for hours is going around and round a field listening to the air conditioner blower, the radio and occasionally getting out of the cab to adjust, repair the machine or move a rock. Needless to say, you have a lot of time to think.

Especially when you are in a field surrounded by gigantic over grown trees circling the open field and the only way out is through a timber access road lined with overgrown brush, weeds, limbs or anything else that goes bump in the night.

To assist in my inspiration this same timber road passes an old cemetery from a spur off of the old Fort Leavenworth Road that use to run on the land back in the eighteen hundred’s. This cemetery has several settlers buried in it.

But wait, there’s more… The same overgrown dirt path that is dark even in daylight runs next to the neighbor’s fence and of course on the neighbor’s property you can see an old yellow rock house with the roof caved. This old abandoned house plays a key role in this because as a child my father told me ghost stories with this same house as one of the main characters as we would drive by it. This is where the idea of my book started.

Hope you check it out on Amazon, IBOOKS, NOOK and several other retailers.

Come visit me on the innerweb at nollenbradley.com
Thanks for reading Nollen Bradley 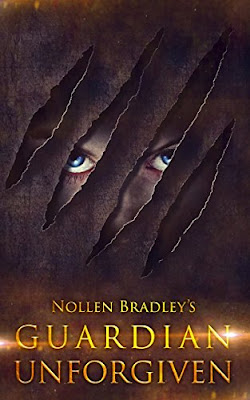 The werewolf, most believe to be folklore or legend. For centuries, the existence of werewolves was kept secret and guarded by a warrior class of lycan descended from a fierce ancient line known as the Guardians. These Guardians, sworn to uphold the peace between the wolf and humans. But, some werewolves not satisfied with living in secrecy start lashing out, hunting and killing all with the ancient gene to push humanity into extinction.

Now, only a few descendants are left with the cursed bloodline, some don’t even know they have it…

Excerpt
"...Getting up slowly recouping from the severe burning lacerations on my back, fighting the urge to turn, the Alpha female hits my side throwing me back onto the ground as she jumps on top. Her enormous body weight started to crush me. I punch her in the ribs with everything I had but it was only enough to piss her off.

I grabbed a piece of drift wood next to me and I jam it in the Alpha’s jaw sideways with my hands on each side of her mouth, and push as far back as I could. She started chomping the wood as I keep pushing with every ounce of strength I could muster.

The growling from the irritated Alpha was deafening. Her saliva drooling over my face as the splinters from her grinding the drift wood fell into my eyes. My aggravation escalating, without thought, I started feeling the beast within start to emerge."

About the Author:
website-FB-goodreads
Nollen Bradley is a pen name for Bradley Noll an American author residing near Leavenworth Kansas. The married, father of two grown children is new to the published author scene even though he has been writing song lyrics, poems and short stories all of his life.

Brad grew up on a farm outside of Winchester Kansas learning the value of hard work. Following college, Brad spent twelve years as a Paramedic until his second back surgery ending his successful career where he received several letters of commendation.

Brad spent time farming in his off days feeling the everyday pressures of the weather, markets and juggling the debt that is associated with large business. Brad also spent several years as an amateur Rodeo Clown (Bullfighter) working several local rodeos in the IPRA circuit. All the while, continuing to write songs and preform at local venues. Following a music CD he produced named “Make Believe” with eleven of his original songs and while in the process of producing his second Album he realized his talent was more suited for writing then music.

Brad takes the experience from the sweat stinging his eyes from the heat on a hot July day in Kansas. The heartache from having to tell a parent or a child that their loved one has died and there was nothing he could do, to the struggles of trying to pursue a dream and watching it crumble in front of him.
Brad has developed a style that draws on real life experiences to provided exciting yet believable story lines that captivate readers. Writing unbelievable tales with the realism of the struggles from everyday life in the painful cookie cutter suburban age.

a Rafflecopter giveaway
Sharon Stogner at 12:30 AM No comments:
Share

It is release day! Grab your Kindle and your wallet, and smash those two together! There are some fun ones this week. The alien head hisses!!!! And you are never too young to be introduced to our saviour Cthulhu...