Featured Book Give Away: Last Breath by Rachel Caine 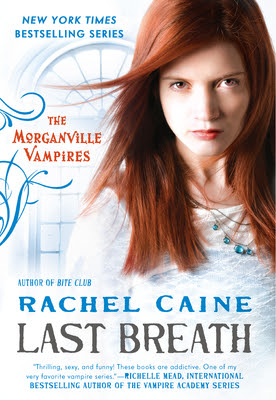 With her boss preoccupied researching the Founder Houses in Morganville, student Claire Danvers is left to her own devices when she learns that three vampires have vanished without a trace. She soon discovers that the last person seen with one of the missing vampires is someone new to town-a mysterious individual named Magnus. After an uneasy encounter with Morganville's latest resident, Claire is certain Magnus isn't merely human. But is he a vampire-or something else entirely?


Rachel Caine is the New York Times, USA Today and internationally bestselling author of more than 30 novels, including the immensely popular Morganville Vampires series, the Weather Warden series, and the Outcast Season series.