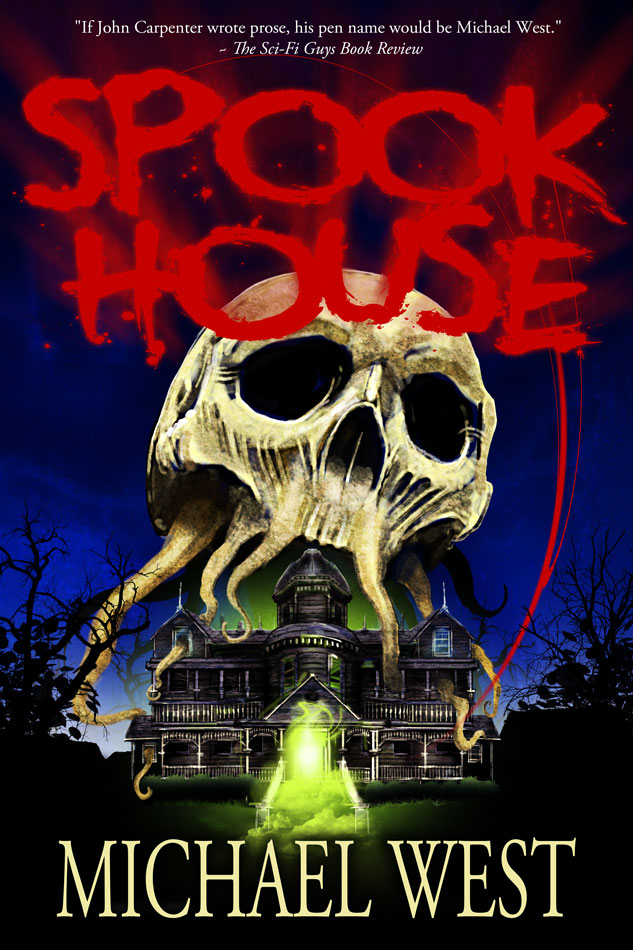 Are there words for the awesome that is this cover?
I didn't think so!

The latest Harmony, Indiana novel following 2011’s Cinema of Shadows arrives just in time for Halloween, exploring the places in this world that go far beyond any normal definition of “haunted.” These places are so evil, so diabolical, that they become gateways to Hell itself. The Fuller Farm is one such place.

It is said that old man Fuller conducted unspeakable acts, blood rituals and human sacrifices, all in an attempt to gain the ultimate knowledge, the ultimate power. And then, he was killed–horribly murdered on his own lands, leaving the house to stand as a vacant monument to his wickedness. But once a door is opened, it can never really be closed.

Now, the stars are right. The gateway is ready to once more unleash unspeakable horror upon the town of Harmony, Indiana. And this will be one Halloween that they will never forget!

Seventh Star Press is proud to unveil the cover art and illustrations created by Matthew Perry for Spook House by Michael West, as well as announce sites and dates for the book’s upcoming blog tour.  A pre-order window for a limited edition hardcover is also open in advance of the book’s official release.

The softcover and eBook versions will be released following the launch event for the novel at That Book Place in Madison, Indiana on October 27th.

Spook House is now available for pre-order in a beautiful hardcover edition that is strictly limited to 75 copies.  The limited hardcover edition will be signed and numbered by Michael West and includes a bonus illustration from Matthew Perry not included in other editions. It will be accompanied by an assortment of collectibles, including a set of glossy art cards and bookmarks. Those interested in securing one of the 75 copies can place a pre-order now at: http://www.seventhstarpress.com/pre-orders/

And as if a killer story isn't enough, Seventh Star Press artist Matthew Perry created the cover and art work included. Here is a special preview of two of the interior illustrations 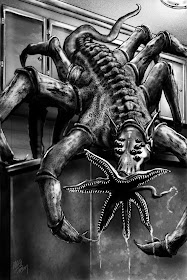 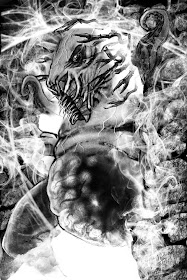 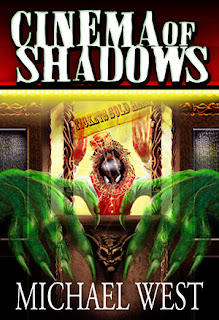 Welcome to the Woodfield Movie

The night the Titanic sank, it opened for business…and its builder died in his chair. In the 1950s, there was a fire; a balcony full of people burned to death. And years later, when it became the scene of one of Harmony, Indiana’s most notorious murders, it closed for good. Abandoned, sealed, locked up tight…until now.

Tonight, Professor Geoffrey Burke and his Parapsychology students have come to the Woodfield in search of evidence, hoping to find irrefutable proof of a haunting. Instead, they will discover that, in this theater, the terrors are not confined to the screen. 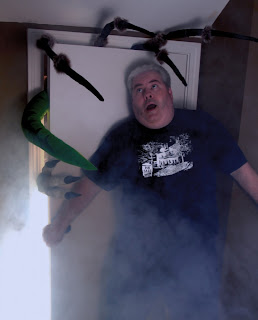 About the Author:
website-FB-twitter
Michael West is a member of the Horror Writers Association and Indiana Horror Writers, where he serves as President. A graduate of Indiana University, West earned a degree in Telecommunications and Film Theory, and since that time, he has written a multitude of short stories, articles, and reviews for various on-line and print publications. He lives and works in the Indianapolis area with his wife, their two children, their bird, Rodan, their turtle, Gamera, and their dog, King Seesar.

His children are convinced that spirits move through the woods near their home. 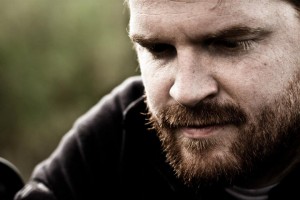 Matthew Perry is an award-winning artist and filmmaker currently living in Los Angeles, CA. Originally from the bluegrass state of Kentucky, Matthew is one of the co-founders of Cineline Productions, a multi-media/film production company that has produced and done work for an array of feature films, short films, commercials, and other media.
Matthew’s artwork has seen a strong reception in recent years since he began doing interiors and cover art for Seventh Star Press, where he has been the Art Director since the press’ inception in 2009. His cover art for The Seventh Throne won first place in Tor.com’s 2011 Reader’s Choice Awards, and he continues to receive a warm reception from reviewers and readers alike.
If you would like to view more of Matthew’s artwork and explore his film work, please visitwww.perrypixel.com