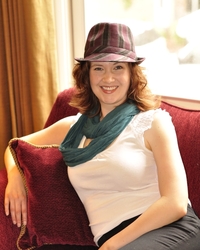 Author Jess Macallan is talking about those villains we love to hate (by hate I mean jump their bones) in TV and books. The heroine's father Jedren in her Set in Stone series is a mult-faceted villain. Which villains on TV does Jess love to hate? Let's see...

Thanks so much for having me at I Smell Sheep today! I’m celebrating the release of the second book in my Set in Stone series, STONE COLD REVENGE, and I’m thrilled to share it with readers.

I've always been a reader first, writer second. I love diving into a great series and falling completely in love with the characters, world building, and plot twists. I don’t watch a lot of TV, but there are a few shows I can’t do without because they've been just as amazing as my favorite book series. Grimm and Supernatural are two of my favorites. The characters are awesome (and gorgeous), and I love how they bring each episode to life.

These particular shows have larger-than-life characters, and don’t shy away from making their villains complex. I love a good villain, especially if they’re multi-faceted. I’ll always love a sexy hero (Dean Winchester or Nick Grimm anyone?), but I think it’s much more difficult to write and portray a great villain.

I’m frequently asked how I created my villain, Jedren (Elle’s evil father), and if he’s modeled after my own father. He’s definitely not, but I have other relatives I've toyed with writing into my books. *evil grin* However, I haven’t based any of my fictional bad guys on people in my life. I think most of us would be able to categorize most of the people we know as good or bad. But what about the people who don’t fall into those categories? I’m talking about the ones who are equal parts confusing, compelling, and contradictory. The best villains aren't all bad, which is why demons are hot in the paranormal romance section.:)

Take the captain on Grimm as an example. Some of his actions have been easy to appreciate or condemn, but his motives have remained murky. It makes him an enigma. A very appealing one. And what about Crowley on Supernatural? He’s been helpful, horrible, and straddled the fence. He’s self-serving for sure, but in past seasons the writers have left him opportunities to do the right thing, even if it was for the wrong reasons.

Great villains can be easy to hate, but difficult to ignore. Lord Voldemort is the perfect example of this. He was the enemy from day one, and so well written he practically leapt off the page and into writing immortality.

It would be easier to write a villain who only wanted more power, wealth, or the girl. It would also be more boring. Giving them a side that makes them a little more relatable—even the slightest bit—is a challenge I enjoy as a writer and reader. It makes them more human, and makes the ending much more interesting. *grins* I’m anxiously waiting for the new season of Grimm to find out just what the captain is up to. As for Jedren…readers will have to wait for book 3 to find out what he’s really been up to.

I can’t say I have a favorite villain, because there are too many great ones to choose from, but I’d love to know who you love to hate in your favorite book or TV series.

Thanks again for having me on I Smell Sheep today! This is always one of my favorite groups of readers. I love to chat online, and hope you’ll connect with me on | Facebook | Twitter | Goodreads | JessMacallan 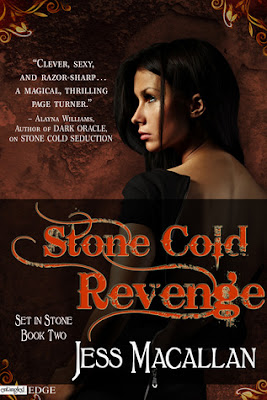 Forced by her maniacal father, the king of the shadow elves, to live in his house and train to become his heir, newly minted princess of the paranormal Elleodora Fredricks doesn’t think things could get much more complicated. On the outs with her gargoyle love interest, Jax, and confused about her relationship with her childhood sweetheart, MacLean the phoenix, Elle knows her fate decrees that her powers will manifest themselves in full on her twenty-eighth birthday, which is quickly approaching…

With help from two long-lost family members, some long-forgotten memories, and even her long-gone mother, Elle discovers there’s more to being part shadow elf than she ever knew. But will she be able to harness her unique abilities in time to take revenge on her enemies? For Elle, it’s all in a day’s work…

Jess Macallan lives in the Inland Northwest with her husband and three children. She thrives on creative chaos. Curiosity drives her to try new things as often as possible. When not writing or chasing trouble, she teaches yoga, reads, knits, runs a mini farm, watches Mixed Martial Arts, and gardens. The only things she takes seriously are chocolate, tea, and world domination. But mostly chocolate.
And don’t forget about the book that started it all… 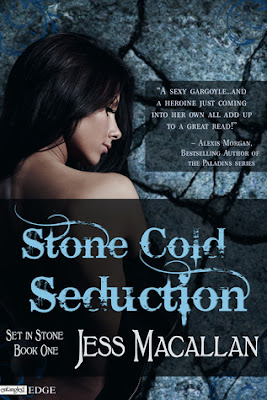 When a regular night of Robin Hoodery results in the manifestation of some, um, unusual paranormal abilities, perfume-maker Elleodora Fredricks realizes the normal world she lives in isn’t quite… normal. And neither is she, thanks to her father, king of the shadow elves. Not only is he evil incarnate and the reason Elle moonlights as a burglar-someone has to take care of all his victims-he’s stolen her memories.

And only reading her fate can fix that.

Good thing she’s got a trio of hotties willing to help her find said fate, but only if she gives them something in return. Saving her oracle BFF’s fiancee, falling in love with the gargoyle, and making up for breaking the phoenix’s heart ought to be a piece of cake for the princess of the shadow elves.

If only the king didn’t want his daughter dead…