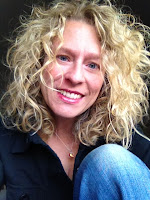 We have some funny for you today! Debut urban fantasy author Amy Joy Lutchen created some twisted Nursery Rhymes for us. I think Three Zombies is my favorite <G>. Now pay attention, hands to yourself or the greble next too you, while the nice lady author talks...

~~~~~
Happy 2013, everyone! First off, I’d like to thank I Smell Sheep for allowing me to appear on their most fantabulous blog. When I first found out I was going to appear here I put in much thought about what I wanted to share. It had to fit, so it had to be fun and quirky. So, after much contemplation, I decided what could be more perfect then some paranormal parodies set to the tune of children’s nursery rhymes! I have to say, this was nothing of a chore, whatsoever. I had so much fun doing these that I can’t stop, actually. My husband has resigned to running away when he sees me burst forth from the shadows with my netbook in hand and giggling maniacally.

So below, I've first named the children’s nursery rhyme, then followed it up with the parody. Make sure you sing aloud to the tune of named nursery rhyme. Then come up with your own!

Also, the last is based on my book, Renhala, which is a very unique urban fantasy. Hopefully you’ll want to experience it yourself. If you’re up for intense world-building, some painfully beautiful, loving relationships, and some scary-a** creatures, it’s calling your name…
Enjoy!


Rock-a-bye baby
Rock-a-bye Bella in her own bed, When the night falls,
She’ll be watched by her Ed,
If his will breaks,
Then Bella will die,
Down will go HEAs,
‘cause there’ll be no more TWI.


Little Miss Muffet (based on Renhala)


Naïve Kailey Rooke,
Sank down near the brook,
For along came a meeple,
And it decided to keep her
Entranced in a state of self-loathe. 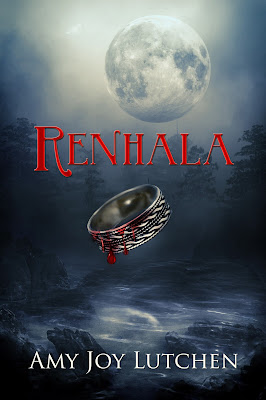 Kailey Rooke, timid accountant, dedicated to philanthropic work, finds herself spiraling into a deep depression after she suffers a horrifyingly odd and humiliating assault, to only discover more of these freakish assaults occurring across the globe.


A chance discovery leads Kailey to a meeting with elderly Gunthreon, actual master of persuasion. Gunthreon, who seems to know too much of Kailey's history for her liking, opens Kailey's eyes to a coexisting realm she never knew existed: Renhala, while entrusting her with the knowledge of her newfound power as karmelean, serving as a beacon to the Higher Ones. Kailey slowly starts revealing new talents, and Gunthreon is fascinated with what she starts achieving.

She soon discovers that Renhala is in danger, and this danger has been leaking into her own realm. As she uncovers secrets within herself, and attempts to toughen up, she fuses with an unlikely band of fellow travelers (including a dragon, woodsprite, six-hundred-pound greble, her faithful female canine companion, and a "giver"), falls into an unexpected love triangle, deals with her sexy and flirtatious best friend’s “issues,” and finds the courage to master a new deadly weapon.

On her mission to save Renhala, Kailey will find herself running from life-threatening disasters, such as greble Tartarin, who likes to remind Kailey that when he catches her, he plans on eating her brains with ice cream; she'll run from the deadly meeples: small cute bunnies with talons and an undeniable thirst for imposing self-destruction on others. Kailey will also run into the possibility that a centuries-old Renhalan rumor is true, that advanced technology existing in Kailey's realm shortens all life spans.

As blood is shed and puzzles near completion, Kailey pulls from deep within herself, conjuring up mystical qualities that enable her to astonish as once predicted at her birth, but despite the newfound strength, Kailey will discover that monsters not only come in ugly packages, but can be easily disguised as those she has come to love and trust.


About the author:
FB-twitter-goodreads
Was born in Chicago and slept in a dresser drawer for the first few weeks of my life, marking me as a future claustrophobe.


I studied at the University of Illinois, Champaign-Urbana (man I grew up quick), where I became a number, but decided it was a good number.

I now write in my spare time as I eat snacks, making sure they are not in multiples of three. That number makes me nervous.