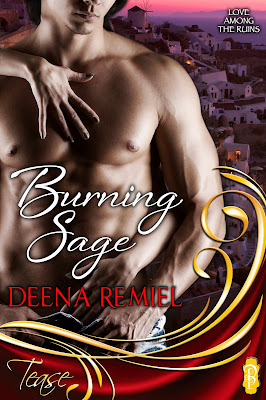 Sage Wilcot, an accomplished scientist, has set her sights on her lifelong obsession, studying the volcanoes of the island of Santorini. Once there, though, she gets more than she bargained for. The dormant volcano is waking and shaking things up in the process.

An enigmatic stranger—from a mythical ancient city—comes to her rescue and challenges her to believe in the unbelievable. Will she take the huge leap of faith for love’s sake or stay cloistered in her fortress of certainty and solitude?Available at:
Amazon | B&N | All Romance eBooks

It’s hard to write a review on a short story like this without giving spoilers!
Who wouldn't love being on an exotic Greek Island? With the chemistry between the hunky Prince of Atlantis and Sage I can see why the island would be ready to explode because the characters certainly were. This short was just too fast! I would like to see this expanded into at the very least a novella so we get to see more burning heat from the perfectly created characters. The plot was well thought out and ended way too soon!

I normally don’t comment on book covers but I will on this one because it is very eye catching.

For anyone wanting a quick short and “hot” read, this one is definitely a very good read. 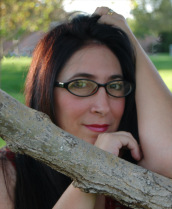 ABOUT THE AUTHOR:
Website | Facebook | Twitter | GoodreadsIt was the mystique of Arizona’s history and landscape that called to Deena and catapulted her career as an author. When she’s not writing romance and urban fantasy in the wee small hours of the morning or in the deep, dark of night, Deena teaches language arts to middle school students. She currently lives in Gilbert, Arizona with her husband and two children, but New Jersey will always tug at her heartstrings. She believes in angels and loves connecting with her fans, so find her at deenaremiel.com.