Southern Haunts: Spirits That Walk Among Us by Alex Brown + giveaway

Author Alex Brown is one of the editors as well as a contributor to the Southern Haunts Anthology. He is here today to tell you about his very real experiences with the supernatural.

By: Alex Brown
Since I was raised in a home where the paranormal was openly discussed, it was only a matter of time before I befriended paranormal groups. During my years of experiencing hauntings and writing about them, I met Shelly Paris and Angela Lucius at a horror convention in Jackson, MS, nearly four to five years ago.

I recall my first paranormal investigation and remember these two women especially. Before Southern Haunts: Spirits that Walk Among Us came to be, J. L. Mulvihill and I were attempting a paranormal documentary. Shelly and Angela were kind enough to bring their group to Vicksburg, MS, to assist with our project.

Even though the night we spent investigating likely contributed to our imagination for Southern Haunts, we have yet to write a story about that particular occurrence. The home we investigated for that project was located in Vicksburg, MS. This bed and breakfast, although beautiful and majestic during the day, becomes haunting at night as the structure is bathed in the streetlights making it look like a true spook house.

When I wrote the story The Top Floor, which is the last tale in Southern Haunts, I loosely reenacted an actual event from the investigation. Even though I have experienced the paranormal before, this particular night was the first time I actually communicated with a spirit.

During this investigation, I was shown the technique of using a Maglite flashlight set between on and off so that the tiniest of movements could turn the light on or off. When this technique was explained to me, I thought it was a joke.

The first building we investigated on the property was the chapel. There were only four of us in the chapel--J. L. Mulvihill, Sylvia Brown (my mother, not the psychic), the demonstrator, and myself. This was in the middle of August and we had turned off the air to the room in which we resided so it would be quieter. The room turned hot very quickly in the Mississippi heat. As we patiently waited in the darkness hoping for some sign that we weren’t alone, we all simultaneously experienced a gust of cold air.

At the end of our questioning, we listened to the E.V.P.s to see if any ghostly voices were recorded. Although there wasn’t any vocal evidence of a haunting, the flashlight continued responding to our questions on the recorder. The odd thing was that the flashlight reacted to the requests on the recordings the same way that it had when we were speaking to it directly. This experience is what prompted me to write of the flashlight technique in my story that is set in a haunted hospital.

After this event, I grew to know Angela Lucius as not only a ghost hunter but also a historian and poet. When J. L. Mulvihill and I opened submission guidelines for Southern Haunts, I immediately wanted to pull Angela on board and I am happy to say that we published her very first story, Nightmares at Moccasin Bend. This tale, like all sixteen stories in Southern Haunts, is fictional but was inspired by actual events.

Southern Haunts: Spirits that Walk Among Us is full of stories that range from the East Coast to the West Coast in the South. Published in this book are new authors as well as award winning names in fantasy and horror. The stories collected for this first volume are young adult and adult friendly and they are ideal for a stormy night.

Now that you have heard my experiences with the supernatural and you know what to expect with Southern Haunts: Spirits that Walk Among Us, please follow us on Facebook so that you may interact with our authors and join in on discussions. Southern Haunts is an anthology that will see multiple volumes, each one dedicated to a different subject than its predecessor. https://www.facebook.com/pages/Southern-Haunts/417536915003428 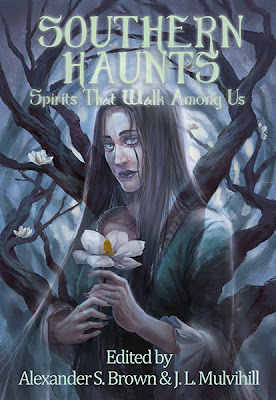 Genre: Paranormal/Ghost
Softcover Link
Kindle Link
Stories from the shadowed realms of the paranormal comes 16 chilling tales that dwell in the South and Southwest. Resurrected in your very hands are stories that will make you laugh, ponder, and shiver as the reader is introduced to spirits that are humorous, saddened, and vengeful.

From 16 authors, learn of haunted homes, buildings, landmarks and roads where restless entities from beyond the grave desire acknowledgement amongst the living.

Become acquainted with the aftermath of an eclipse that awakens the dead in a Memphis cemetery, see what horrors dwell in the woods at Hell’s Gate, learn the dark secrets of Sidney’s Cotton, and dare to travel down Ghost Road.

These and many other tales are sure to keep you awake as you are introduced to what makes the South and South West so unique…. History and GHOSTS!!!!!

So, sit back, dim the lights and prepare yourself to face the spirits that walk among us. 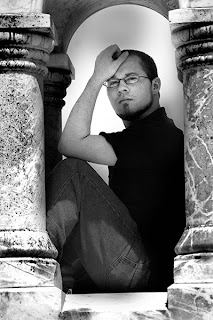 Alexander S. Brown is a Mississippi author who was published in 2008. His first book, Traumatized, is a short story collection that has received rave reviews from horror fans throughout America. Although, Brown began as a horror author, he has recently published two young adult steampunk tales, which can be found in the anthologies, Dreams of Steam 2: Brass and Bolts, as well as, Clockwork Spells and Magical Bells. His poem, “Maters” was later published in the magazine, Midnight Screaming Volume 3, #4. Brown says there are more works on the way as he plans to write a series of novels chronicling the lives of residents in a town that is damned. Eventually, he will pen a fantasy/horror trilogy. 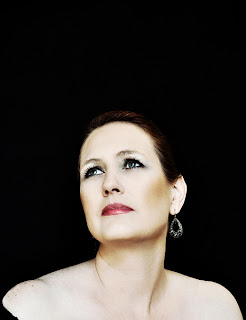 J L Mulvihill is the author of the young adult fantasy novel, The Lost Daughter of Easa, published through Kerlak Publishing. Other stories J L has written and had published includes, Chilled Meat, a steampunk thriller, found in Dreams of Steam II-Of Bolts and Brass, anthology; The Leprechaun’s Story, a steampunk urban fantasy found in the anthology, Clockwork, Spells, & Magical Bells. A Real Dragon and Magic in The Ozarks, found in Memories and Dreams published by The Fine Arts Center of Hot Springs, AR; Jen’s Spicy Crawfish Bisque, found in It’s All about Food with a Mississippi Twist, published through the Clinton Ink-Slingers; and The Proud Oak, published through the Gulf Coast Writer’s Association.

J L Mulvihill has written several articles for Examiner.com as the Jackson Literature Examiner. She is also an event’s coordinator for the Mississippi Chapter of Imagicopter known as the Magnolia-Tower, a volunteer organization of authors and artists who promote their own publications while lending a hand to other writers and artists. J L Mulvihill is a member of the Society of Children’s Book Writers and Illustrators (SCBWI), Gulf Coast Writers Association (GCWA), The Mississippi Writers Guild (MWG), as well as the Arts Council of Clinton, the Clinton Ink-Slingers Writing Group, and the Java Jotters.

J L is currently working on her second novel, Elsindai, as well as her young adult steampunk series, Steel Roots, and an anthology project with horror author Alexander S. Brown entitled Southern Haunts. She also continues to write short stories in the fantasy, steampunk, horror, and sci/fi genre, as well as poetry inspired by her life in Mississippi. She has also been known to Karaoke from time to time when she thinks no one is looking.
Webpage: http://www.elsielind.com/

This anthology tour is so massive I can't put it all on this post. Here are the links to the full tour schedule 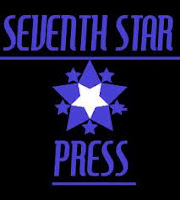