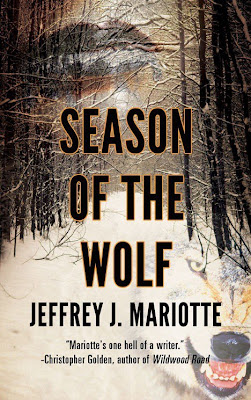 Today’s the first day of Comic-Con International: San Diego, which we old-timers insist is still the San Diego Comic-Con, or SDCC. When I call myself an old-timer, I’m not kidding. The first SDCC I attended was thirty years ago, in 1983. Since then I’ve missed...let me count...oh, yeah. One. Last year, a family situation required us to make a trip to the East Coast during the week we ordinarily would have been at Comic-Con.

Still, one miss in thirty years? Not a bad record.

When I went to that con in 1983, it was a much different beast than it is now. It wasn’t held in the gigantic San Diego Convention Center (which did not, in fact, exist then), but in a far smaller facility in downtown San Diego called Golden Hall. It was—as the name implies—mostly about comics. The attendees were mostly males, mostly wearing T-shirts, and they spent their time pawing through long boxes of old comics, looking for treasure.

I was there as a bookseller, the only person in the room selling books without pictures in them. Fantasy, science fiction, mystery, horror—the stuff I liked to read, and which I had learned, when I worked for a bookstore in the San Francisco Bay Area, could be sold to the people who attended comic book conventions.

Not that there were any like San Diego’s, then or now.

In the ensuing years, much has changed. The con has grown to truly gargantuan proportions. This year (as in the past several) there will be more people in the convention center than live in my county in southeastern Arizona. Comics are still purportedly the basis of the convention, but the floor space of the massive exhibit hall is mostly given over to movie and TV studios and gaming companies, with comics a secondary (or tertiary) presence. Most of the movies and games have at least a glancing connection to comics—it’s not coincidental that the amount the studios spend on floor space has overlapped with the era in which the most profitable movies are about the Avengers and Batman and Iron Man and Superman and Spider-Man. Comic-Con gets a ton of press these days, and it’s a great launching platform for the blockbuster films of the fall or next summer. The audience isn’t just men anymore, either. It’s probably still a slightly male-heavy crowd, but with proportions that are more like 60-40 than the 90-10 of days gone by.

My presence there has changed over the years, too. I went from being the manager of a bookstore in La Jolla, CA, to being an owner of a specialty bookstore, Mysterious Galaxy (with locations in San Diego and Redondo Beach, CA) that focuses on science fiction, fantasy, mystery, and horror (sound familiar?), and which has exhibited at SDCC for all twenty years of its life. Then I became the vice president of marketing for a start-up comic book publisher called WildStorm Productions, owned by comics superstar Jim Lee, which meant that SDCC was the number one promotional event of the year, eating up vast amounts of time and energy. When DC Comics acquired WildStorm, I became a senior editor, which changed by Comic-Con duties to include a lot of schmoozing, wining and dining artists and writers to bring them into the fold and keep them happy. Then I became the first editor-in-chief at IDW Publishing—another rapidly growing start-up—and had to do a little of everything. In all three of those jobs, SDCC was the event, the one place we had to put on the best possible face, to meet the fans and impress the media and entertain the pros.

But I had another task to accomplish, too. When I attended that 1983 con, I had published some journalism, won a literary award for a short story, but I was not yet a professional writer. Fast forward to 2013—by now I’ve published fifty-some books, most of them novels (and some of those based on comics, like Spider-Man and Superman, Gen13 and 30 Days of Night). And I’ve written a little more than 130 comic books and graphic novels. Which means that another goal at Comic-Con is promoting my own work, talking to book editors and comic book editors, meeting fans and signing books. 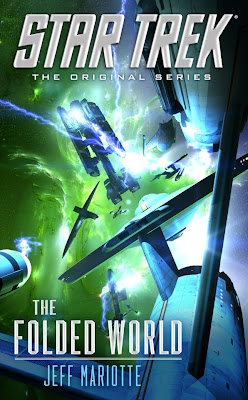 So, Comic-Con? Busy week. Once every summer, for the last thirty years (minus one) I’ve run myself ragged, made myself sick, lost my voice, all while meeting and talking to and otherwise interacting with about 150,000 of my closest friends.

In the end, that’s really what Comic-Con is about. It started with lovers of comics having an event where they could hang out together, talk about their hobby, and score some deals. It is still that (albeit surrounded by Hollywood megastars and a lot more noise and flash than in the old days). For me, professional considerations aside, it’s a place to visit with friends I only see once a year.

And there are other, more sentimental pleasures. I met my wife Maryelizabeth at SDCC, in 1990. Married her during the con in ’92. My daughter Holly has been to almost every con since she was born, and my son David has never missed one (his first, in 1994, attended in utero) except last year, when we all were absent.

This year, for the first time, I’m a Special Guest. That means I get some special treatment, including a spotlight panel, at which I’ll be interviewed by the amazing Amber Benson, actress and author, who I’ve known since she appeared on Buffy the Vampire Slayer while I was writing books based on the show. Amber and I recently wrote a sick and twisted short story together, called “Amuse-Bouche,” which won’t see print until early 2014 but which we’ll no doubt read some of at the spotlight panel. I’ll also be talking about my new supernatural thriller Season of the Wolf, my Star Trek novel The Folded World, and whatever else comes up, including my recent collaboration with the brilliant Marsheila (Marcy) Rockwell on a novella that will lead into a big fantasy novel, as soon as we both have the time to devote to it.

Life’s busy. Comic-Con week is busier still. But I hope, during that week, to see old friends and meet new ones. If you’re at the con, I hope you’ll attend one of my panels and track me down at the after-panel signing or somewhere else. It’d be great to see you, along with our 149,999 other closest friends. 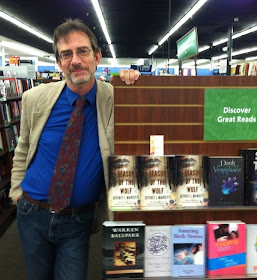 Author Info
Jeffrey J. Mariotte is the award-winning author of lots and lots of novels and comics and other random things, including a CSI DVD game, warnings on toy packages, and the little boxes of text on the backs of trading cards.


***GIVEAWAY***
Jeff is hooking one lucky commenter up with a signed copy of Season of the Wolf, a beanie wolf and assortment of wolf cards!
US CONTEST ONLY 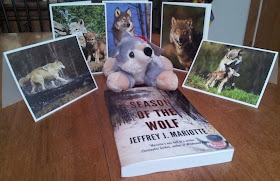 To Enter, please leave the following in the comments below:
1. Your Email Address
2. Do you follow us? If so tell us how and get double entries!
3. At this year's Comic-Con what costumer goer would you love to see Jeff's wolf hang out with?
Ends July 21st at midnight!
Katie Dalton at 12:00 AM
Share