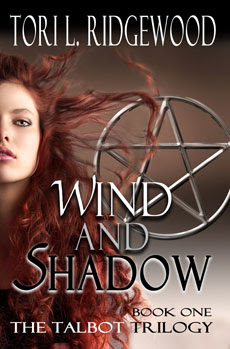 My love affair with paranormal romance started when I was an adolescent. I’d already discovered romance novels around age eleven, and I’d been fascinated by the paranormal since I was nine. When I discovered that they could fit together, I was hooked for life.

Here are my Top 5 Reasons to love Paranormal Romance! (in no particular order):

5)  Vampires. Always dangerous, sometimes sexy, often cruel, and they exist not only in fiction but also in multiple cultural mythologies. I’ve had a thing for bloodsuckers ever since reading Salem’s Lot as an adolescent, but I remember being frightened of Dracula in my closet when I was much, much younger. I don’t think they’ve been done to death at all, if you’ll pardon the pun -- we’re just seeing more exploration than ever before. The undead I’ve written about in my stories have been the lecherous, manipulative, evil kind that can’t regenerate limbs or walk in the sun, but I enjoy other types of vampire equally well.

4)  The never-ending wonder and mystery. Paranormal romance, I think, has its roots in fairytales, even the Disney-fied ones. A woman saves an enchanted prince from his imprisonment in a beastly or froggy body . . . A street urchin finds a magic lamp and uses it to help a princess fall in love with him . . . Ghosts, witches, spells, dragons, shapeshifters, all inhabit those wonderful stories that teach us the basic differences between good and evil, and what it really means to be in love. Paranormal romances, then, are fairytales for adults, adding mystery and wonder to our mundane lives.

3)  Shapeshifters. Whether they’re dependent on the phases of the moon or able to morph of their own will, they are the “supers” of the unnatural world. The original heroes and villains with alter egos to enable them to live “normal” lives, werewolves and their ilk help us to fantasize about the potential of human beings if they can tap into their animal sides. Being a shapeshifter might mean having the best of both worlds . . . or it can mean being cursed, an object of revulsion, and a target of scientific study. Some of my favourite paranormal romances are about shapeshifters learning to live and love in our world. In the second and third books of my trilogy, I’m making sure to include the shapeshifters I love -- weres and gargoyles and wood nymphs, oh my!

2)  Magic and magick. Yes, there is a difference! Magick, in fiction and for modern practitioners of Wicca and witchcraft, is that old, unexplainable power that sometimes manifests itself in the form of spells and transformations, tapped into by witches by the light of the moon. Magic is equally powerful, and no less spectacular -- it’s the trickery that fools us into seeing what is not real. Paranormal romances may have one, or both, but I adore them equally. Magic/k could be physics that haven’t been discovered yet, technology from a distant time, or something familiar used in a wholly unfamiliar way. And of course, there is magic/k in exploring love, one of the central purposes of reading and writing paranormal romance stories. Thus, the heroines of Wind and Shadow are witches, in the style of Practical Magic and Charmed.

1)  Creep and release. You know that feeling when you’ve been caught up by the moment, sucked in by the characters, worried that the heroes not going to overcome the mysterious power that threatens them, or find an explanation for the strange things going on? The shivery feeling that sneaks up your spine, makes your scalp crawl, and the relief you find when you turn the page and discover that the imbalance has been made right? This is the essence of the paranormal romance. Of course, ‘regular’ romance novels have those moments too, but I would argue that the supernatural genre packs more of a dramatic punch. We read romantic fiction to carry us away from the ordinary, so when the arcane is involved, we aren’t just carried -- we are swept off our feet. And when I’ve written a story that is able to do that for a reader, compelling them to keep going until the pages run out, knowing that I’ve hit the mark is incredibly gratifying.

Thanks for having me on I Smell Sheep! Happy reading!

Blurb
Tori L. Ridgewood’s new book Wind and Shadow: Book One of the Talbot Trilogy, published by Melange Books, was released on June 20, 2013.

After a series of misadventures including being accused of attempted murder in high school, Rayvin Woods, a photographer and natural witch, left her hometown of Talbot in Northeastern Ontario, hoping to start her life over and never return. Ten years later, circumstances force her back to face her past and her former crush Grant Michaels.

Malcolm de Sade, a cunning vampire, escapes from an underground prison looking for vengeance. His accidental release unleashes his hunger and ambition on a small, sleepy town. Rayvin’s power is all that stands between de Sade and his domination of Talbot, and beyond.

Grant Michaels, a police officer, thought Rayvin was a murderer. He will do whatever it takes to protect the community he loves from danger... but will he learn to trust his heart, and the word of a witch, before it's too late?

Rayvin didn't count on rekindling a lost love or battling a malevolent vampire and his coven for her life when she came home to Talbot. Facing the past can be a nightmare… It’s worse when a vampire is stalking you.

***GIVEAWAY***
Fill out the raffledude for a chance to win either the paperback, ebook of Wind and Shadow (winners choice) INTERNATIONAL