We know how much you love a lean cut of Highlander and Anita Clenney is a master chef. She has stopped by to whip up a quick appetizer that will leave you completely satisfied. 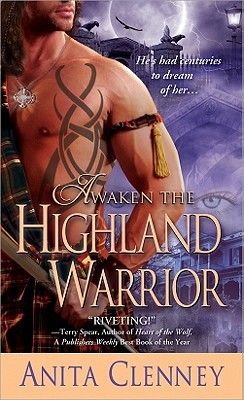 Remove from Time Vault which has kept him perfectly preserved for 150 years. And I do mean PERFECT!

Soak in hot bath (preferably one large enough for two) to remove any sweat and blood from battling demons.

When clean. Pat dry, paying close attention to each part.

Serve on a king sized bed covered in Egyptian cotton sheets and enjoy the feast.

Guaranteed delicious, whether you start at the toes, head, or somewhere in the middle.

Calories: None. You’ll burn them all off.

Taste Test
a little taste of all the Conner Clan warriors

Faelan, the only warrior who’s ever been assigned two ancient demons. Born in the 19th century, Faelan was most powerful warrior of his time. He was trapped in a time vault and slept for 150 years, waking to a strange world filled with modern technology and even stranger…modern females. For God’s sakes, they’re even warriors, now. What will they do next, he ponders, send children into battle?

Ronan, 6’3 inches of raw, sexy warrior, better than Robin Hood with his bow, and equally at home with a sword or a bonny lass.

Cody, the only other warrior who’s been assigned an ancient demon, might have pretended to be the tough boy next door, and he’s good at hiding secrets, but his world will never be the same when he finds out what’s been hidden from him.

Shane is quiet but the fastest with a sword, and Niall is a one-man army, with legs like tree trunks. Tomas is a clan medic and Brodie’s the prankster of the bunch, always getting into trouble. Duncan is brooding and frustrated, and Sorcha likes flirting almost as much as killing demons.

Anna, a stunning beauty, has chosen to remain a warrior forever, but destiny has some surprises in store. And my heroines are more than just mates to these sexy warriors. They have talents that will shock even them. 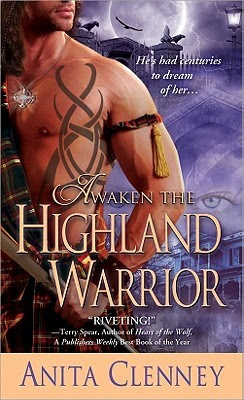 Awaken the Highland Warrior (Connor Clan #1)by Anita Clenney
He's had centuries to dream of her...

Mis-adventurous historian Bree Kirkland discovers a one hundred fifty year old warrior buried in a crypt behind her house. But Faelan, the warrior, isn’t dead. When this chauvinistic Scottish Warrior awakes, he has no choice but accept the help of this modern-day woman who’s rescued him, but she’s more fearsome than the demon trying to kill him. If he’s not careful, she’ll uncover every secret his clan has bled and died to protect. 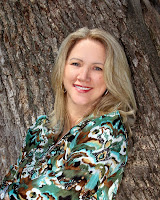 
website-FB-twitter
New York Times and USA Today bestselling author Anita Clenney writes mysteries and paranormal romantic suspense novels, including the bestselling Connor Clan series. Clenney grew up an avid reader, devouring Nancy Drew and Hardy Boys books before moving on to mysteries and romance. It was only after several successful but wildly different careers—including work as an executive assistant, a real estate agent, a teacher’s assistant, and a brief stint in a pickle factory—that Anita discovered her untapped passion for writing. She lives with her husband and two children in suburban Virginia. You can learn more about her writing at www.anitaclenney.com

GIVEAWAY
an ecopy of Awaken The Highland Warrior