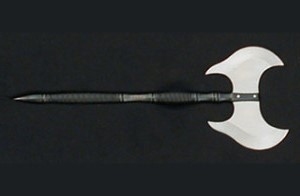 Remember a while back we asked epic fantasy author Helen Lowe about being long listed for the International David Gemmell Legend Award for Best Fantasy (in the epic-heroic genre, published during 2012.)? Well, she is back to let us know how she did! (original post) 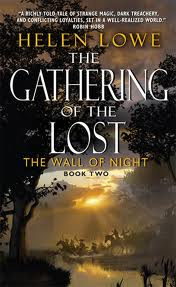 Cheers, Helen! Last time we talked you were on the long list for the International David Gemmell Legend Award for Best Fantasy (in the epic-heroic genre, published during 2012.) So of course we want to know if your book “The Gathering of the Lost” made the short list?
Helen: It did! And I can tell you, Sharon, that I was Really Very Excited when the news came through. There was definitely a “happy dance’ and maybe an air punch or two – but I’m not sure I should either confirm or deny on that last point! J I’m also tremendously grateful for all the support I’ve had to get this far toward – as one reader put it – “becoming Legend.”

Have you experienced any benefits by being one of the finalists?
Helen: It’s too early to know with respect to sales, but I got a lovely email of congratulation from my US editor, who I think was almost as excited as I was, and a gorgeous bunch of spring flowers from my publisher here in NZ as well. And a definite ‘yes’ to the more attention, with lots of requests for interviews and guest blog posts – but there was never any question that I was coming back to ismellsheep after our fun chat when The Gathering Of The Lost was longlisted!

Also, I am very glad to have the opportunity this shortlisting represents, and the flow-on opportunity for increased publicity to get the word about the series out to more people. To help that along, my US publisher is doing a .99c special deal on the e-book to celebrate the shortlisting. I believe that will run right through until September 30. (It’s US only though, so my apologies to international readers.)

amazon buy link for $.99 The Gathering of the Lost


What is the next step in the award process?
Helen: The next step is that voting is now on to determine the winner –and as we all know from Highlander, there can be only one! So it is all very intense as well as exciting! The deadline for voting is also 30 September, and the result will be announced on 31 October, as part of this year’s World Fantasy Convention, which again is very exciting.


If ismellsheep readers would like to vote, these are the steps:
i) Click on the following link: Legend Award 2013 Shortlist
or here: http://www.gemmellaward.com/page/the-legend-award

ii) Then click again in the circle above the author name and book you wish to support: for example, 'Helen Lowe - The Gathering Of The Lost'

iii) Finally, scroll to the bottom of the page and click on the "Vote" button.

Again you are the only woman author in the finals. If you win will you be the first woman to win the Gemmell Legend award? (Helen was the first woman to ever win the Gemmell Morningstar Award for Best Fantasy Newcomer)
Helen: That’s right, Sharon. To be fair, it’s only the fifth year of the awards, but so far no woman author has won the Legend Award from their inception, and when I won the Morningstar Award (for Best Fantasy Newcomer) last year, I was the first woman to win both that particular award, and either of the two award categories for books. (The third award, the Ravenheart, is for cover art.)

I’m also the only woman on either of the two book award shortlists this year, which does tend to underline the perception that epic fantasy is a male domain. I’m not convinced though, that the perception is accurate. I know a great many women who, like me, love epic storytelling and read widely in the genre. Women authors are writing great epic fantasy as well, and if the correspondence I am getting is an indicator, are being taken seriously by readers of both genders. At the end of the day, the reason I write epic fantasy is because I love it—and I hope that comes through in the storytelling. As an author, all I can do is write the very best books I am capable of and hope that readers will judge my storytelling on its merits.

Thanks for checking in with us and good luck!
Helen: Thank you, Sharon – it’s always a pleasure to be here on ismellsheep. I would love to give something back to your readers, so I thought I’d do a giveaway of all three of my published titles, Thornspell, The Heir Of Night and The Gathering Of The Lost – all signed, of course, and fully international. J 'Helen Lowe - The Gathering Of The Lost', then scroll down & click 'vote': done!)

Wow, what an extremely generous giveaway! I've read all three of these books and this is a fantasy lovers dream giveaway!

This contest will be open till the end of the voting period Sept 30th
a Rafflecopter giveaway
Sharon Stogner at 12:00 PM
Share