Author Guest Post: If I was a Ghost... by Lisa Chalmers + giveaway

First, a big thank you to I Smell Sheep for having me on the blog today. Since it’s October and that immediately means Halloween (which is perfect, because I love the paranormal) I decided to blog about my top ten list of things I would do if I was a ghost.

#10 - Rattle some chains. There’s always a few people in everyone’s life they’d love to go back and scare the heck out of if they had the chance. And besides, that was really a cool scene in A Christmas Carol with the shadow on the wall and the sound of chains echoing everywhere. I had originally thought about that fun ‘face on the door knocker’ trick, but not sure those are still around as much, so thinking the chains would be all that MUCH scarier! 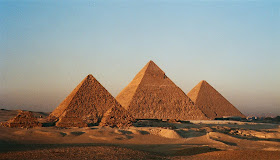 #9 - Check out the pyramids. Sure, they’re on my bucket list, but as a ghost? Find all those hidden passageways and tunnels that I’m sure exist and tour around. Study the glyphs on the walls and spend as much or as little time there as I want. Sounds perfect. Plus, no pesky tourists!

#8 - Take in a hockey game—from the players bench. Now that would be fun and who wouldn’t want to sit next to Sidney Crosby for a little while. (That can’t just be me, can it?) Plus, could always go on the ice as the invisible sixth man...er, woman. Plus, it would erase the fact that I’m really not the best skater. 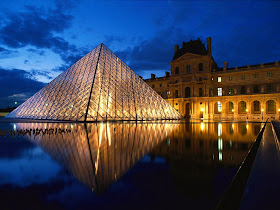 #7 - No more pesky stay on this side of the ropes. No, instead feel free to check out things up close and personal. So this sorta reminds me of the pyramids up above, but really, take an in-depth tour of Graceland. Go to the Louvre and see all that wonderful art and really be able to study it for as long as I want. Check out Buckingham Palace and count how many rooms there really are.

#6 - Watch a concert from actually on stage. Depending on who was on tour at the time, this could be fun. Dance right along beside them. And totally have the chance to pull a little prank or two, after all who would know? I’m sure it would be a memorable experience! 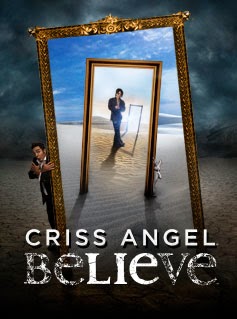 #5 - I am a big Criss Angel fan, so what better way to enjoy the show than as a ghost? Levitate right alongside him. See all the tricks that go into making an illusion look so real. And could probably pull off something really cool there too. A little unexpected levitation of a spectator or two, perhaps? Or a crew member? The possibilities there are truly endless.

#4 - Pop up in photos. Make some random tourists photos all the more memorable by popping up in the background. Even more fun to pose with them. 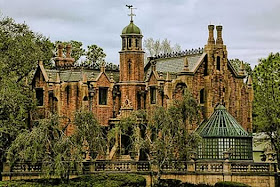 #3 - Ride all the rides at Disney at night while no one is there, then leave them running to freak out the employees the next day. Double bonus: No lines and you get to scare people!

#2 - Watch the filming of one of my favorite shows. Castle maybe? He is ruggedly handsome after all. Be a ghostly guest star, maybe just a blur in the background or a misty figure that follows Castle and Beckett through an entire investigation. Or if I was a really skilled ghost and still seemed ‘real’, get hired as a guest star and then later reveal myself as nothing more then a ghostly figure as I disappear mid scene.

#1 - I love the ghost investigation shows like Most Haunted and Ghost Hunters. What would be more fun then crashing one of their investigations as a ghost? Set off their meters. Leave some fun EVPs (electronic voice phenomena), do a little Karaoke into some microphones. Or like in Beetlejuice, take someone over and burst out singing.

So, that’s my list. Did I miss anything interesting? My hero in IF TOMORROW NEVER COMES spends most of the book as a ghost and unfortunately for him, it’s not as fun as anything on my top ten. 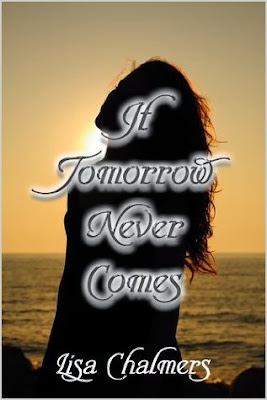 If Tomorrow Never Comes
by Lisa Chalmers
Josh Collins has the perfect life—a beautiful girlfriend and a baby on the way, until an accident takes his life and he’s suddenly forced to fight for everything and everyone he loves.

Alone and pregnant, Avery Rhodes is suddenly faced with a painful new reality. Life without the man she loves is turbulent. Nothing feels the same any more without him and she finds herself facing the unimaginable.

With his newfound guide Gabriel, Josh is forced to learn what happens IF TOMORROW NEVER COMES.

About the Author:
website-FB-twitter
I think I’ve always had stories in my head, and never really realized that not everyone else did.

I’ve been writing for what seems like a very long time. Writing was always my favorite subject in school and I still have a very thick folder of stories I started in third grade. I started writing a little more seriously when I was sixteen and got majorly bitten by the writing bug when I was 18. At 22, after losing my sweet muse I decided to take a chance at submitting. What followed was my first request for my first romantic suspense novel.

My writing ranges from contemporary romance to paranormal romance, light urban fantasy and women’s fiction. Very excited for my first 2012 releases, HER PROTECTOR a romantic suspense and DARK INTENT a paranormal romance, which might be the start of a series.

***GIVEAWAY***
a Rafflecopter giveaway
Katie Dalton at 12:00 AM
Share