What happens when you take 11 New York Times bestselling authors inspired by The Arabian Nights: Tales from 1001 Nights? You get an awesome serial release starting January 2014.

One of these novellas will be published each month starting in January 2014 with Shayla Black's Forever Wicked, from her sizzling Wicked Lovers series.

Here are six of the novellas already announced with the rest to come soon... you can pre order now! 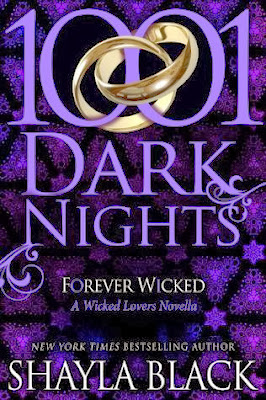 Billionaire Jason Denning lived life fast and hard in a world where anything could be bought and sold, even affection. But all that changed when he met “Greta,” a beautiful stranger ready to explore her hidden desires. From a blue collar family, Gia Angelotti wore a badge, fought for right—and opened herself utterly to love him. Blindsided and falling hard, Jason does the first impulsive thing of his life and hustles her to the altar.

Until a second chance proved that forever could be theirs.

Then tragedy ripped Jason’s new bride from his arms and out of his life. When he finds Gia again, he gives her a choice: spend the three weeks before their first anniversary with him or forfeit the money she receives from their marriage. Reluctantly, she agrees to once again put herself at his mercy and return to his bed. But having her right where he wants her is dangerous for Jason’s peace of mind. No matter how hard he tries, he finds himself falling for her again. Will he learn to trust that their love is real before Gia leaves again for good?
amazon 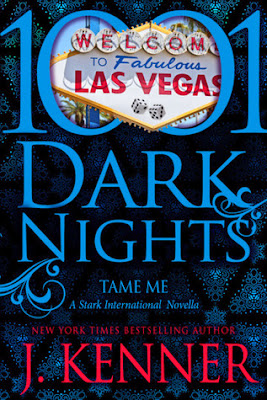 Kindle Edition, 80 pages
Expected publication: March 11th 2014 by Evil Eye Concepts, Incorporated
Aspiring actress Jamie Archer is on the run. From herself. From her wild child ways. From the screwed up life that she left behind in Los Angeles. And, most of all, from Ryan Hunter—the first man who has the potential to break through her defenses to see the dark fears and secrets she hides.

Stark International Security Chief Ryan Hunter knows only one thing for sure—he wants Jamie. Wants to hold her, make love to her, possess her, and claim her. Wants to do whatever it takes to make her his.

But after one night of bliss, Jamie bolts. And now it’s up to Ryan to not only bring her back, but to convince her that she’s running away from the best thing that ever happened to her--him.
amazon 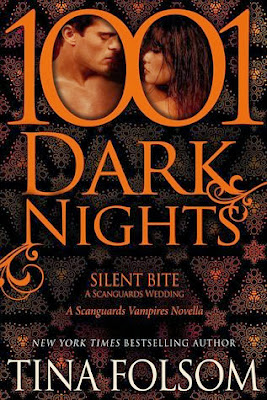 Silent Bite: A Scanguards Wedding (1001 Dark Nights) (Scanguards Vampires #8.5)
by Tina Folsom
Kindle Edition, 80 pages
Expected publication: April 8th 2014 by Evil Eye Concepts, Incorporated
Newbie vampire Oliver and Ursula, the woman he saved from a blood brothel, are finally tying the knot. But with Ursula's old fashioned Chinese parents arriving in town for the traditional wedding, chaos soon breaks out--with Oliver always one step away from accidentally revealing to his soon-to-be inlaws that he and his extended Scanguards family are vampires.

Amidst all the chaos and confusion, will there ever be a private moment for Oliver and Ursula to consummate their union in a blood bond?
amazon 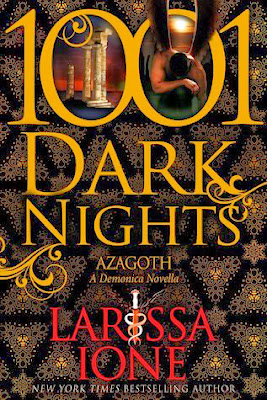 Azagoth (1001 Dark Nights, #6) (Demonica #10.5)
by Larissa Ione
Kindle Edition
Expected publication: June 10th 2014 by Evil Eye Concepts, Incorporated
Even in the fathomless depths of the underworld and the bleak chambers of a damaged heart, the bonds of love can heal…or destroy.

He holds the ability to annihilate souls in the palm of his hand. He commands the respect of the most dangerous of demons and the most powerful of angels. He can seduce and dominate any female he wants with a mere look. But for all Azagoth’s power, he’s bound by shackles of his own making, and only an angel with a secret holds the key to his release.

She’s an angel with the extraordinary ability to travel through time and space. An angel with a tormented past she can’t escape. And when Lilliana is sent to Azagoth’s underworld realm, she finds that her past isn’t all she can’t escape. For the irresistibly sexy fallen angel known as Azagoth is also known as the Grim Reaper, and when he claims a soul, it’s forever…
amazon 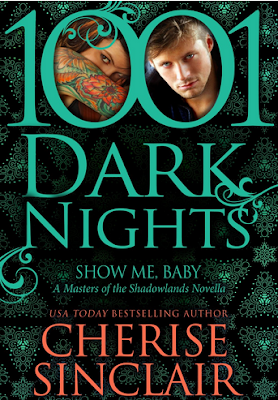 Show Me, Baby: A Masters of the Shadowlands Novella (1001 Dark Nights)
by Cherise Sinclair
Publication Date: August 12, 2014
After his last lover chose her career over him, Jake knows he wants a woman who will put him at the top of her priorities—as he would with her. One of the trainees, Rainie, has caught his attention. Lush body, a gift for living life to the fullest, always laughing or smiling. Yeah. She trips all his switches. But she’s never given him a second look and that’s damned annoying.

Unfortunately, her best friends are having a double wedding. Little hearts are floating in the air. Every breath is filled with romance. Rainie is doomed.
amazon 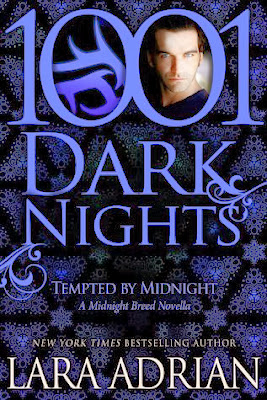 Tempted by Midnight (Midnight Breed #12.5)
by Lara Adrian
Kindle Edition, 80 pages
Expected publication: October 14th 2014 by Evil Eye Concepts, Incorporated
Once, they lived in secret alongside mankind. Now, emerged from the shadows, the Breed faces enemies on both sides—human and vampire alike. No one knows that better than Lazaro Archer, one of the eldest, most powerful of his kind. His beloved Breedmate and family massacred by a madman twenty years ago, Lazaro refuses to open his heart again.

Sworn to his duty as the leader of the Order’s command center in Italy, the last thing the hardened warrior wants is to be tasked with the rescue and safekeeping of an innocent woman in need of his protection. Nor is the embittered Breed male prepared for the fierce desire his beautiful charge stirs within him, tempting him unlike anything he has ever known.
amazon