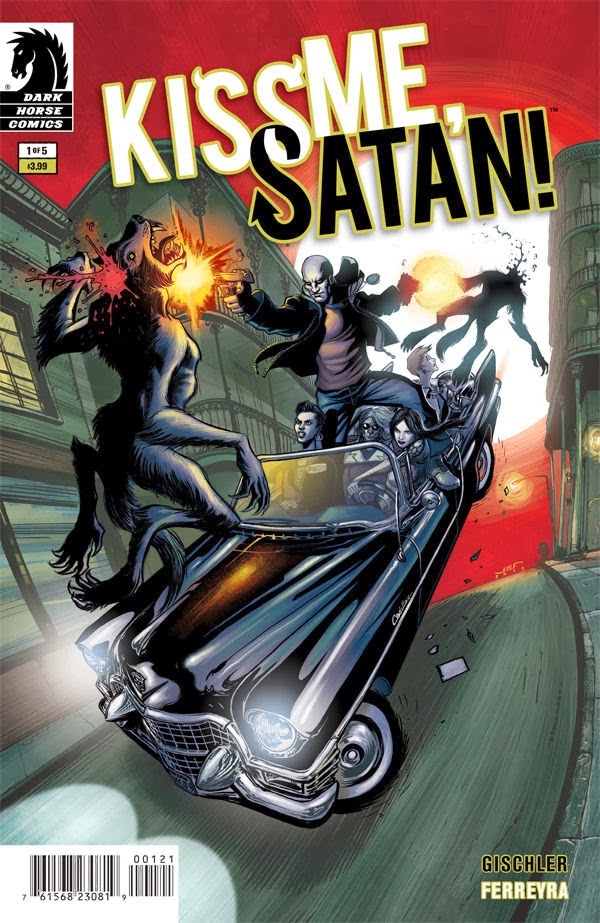 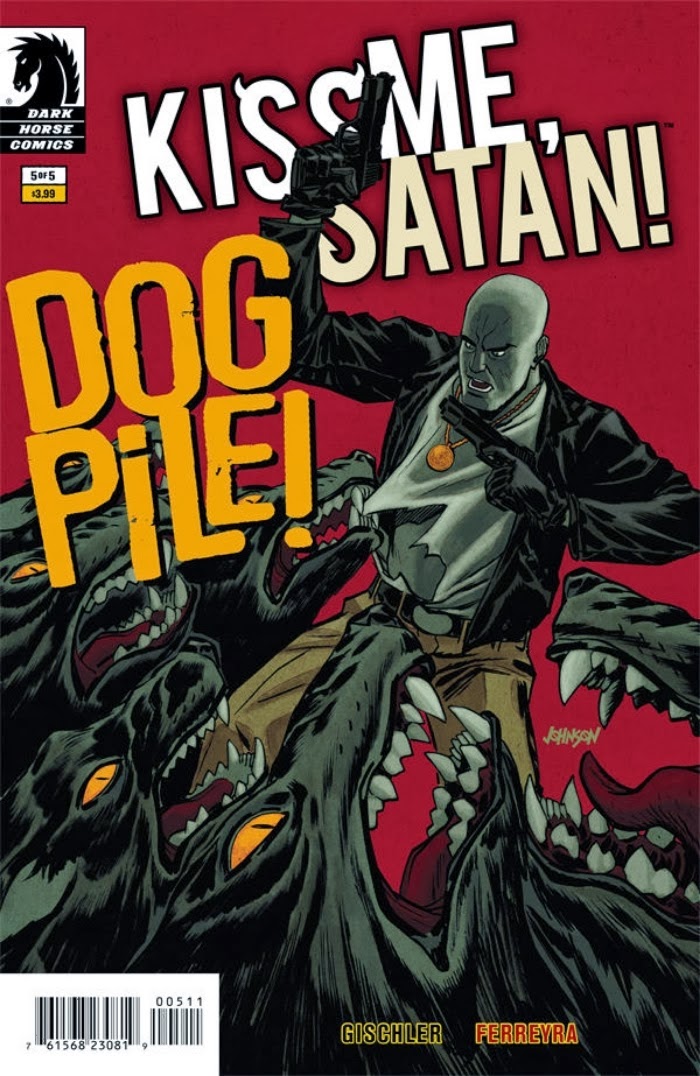 Issue #4
preview
After a contract-killer shaman ambushes our heroes, undercover demon Barnabus Black takes a group of witches back to his safe house, where he equips them with a massive arsenal to prepare for a final showdown with the werewolf mafia.* Covers by Dave Johnson!* By Victor Gischler (Buffy the Vampire Slayer: Spike—A Dark Place, Clown Fatale) and Juan Ferreyra (Colder, Rex Mundi)!* Drawing on your nightmares!


And then there was one. Despite his best efforts, Barnabus just can't seem to keep the coven of witches from being picked off one by one. Holed up in a shack in the bayou, there is one witch left (Zell) with the eye of fates and if she dies, then the eye could wind up in the wrong hands.

The fourth issue, "Her Demon Lover," kicked off with Malcolm Drake, the notorious mage for hire, incinerating one witch, but taking a seriously humbling ass-whoopin' from Barnabus in the process. Not all bad from Drake though, since he got a good look at the mystical necklace Barnabus is wearing that apparently protects him from magic attacks. With Drake tucking tail, Barnabus and Zell head out to his hideout and set off a little magic of their own. Bow chicka bow wow.

The fifth issue, "Dog Pile," begins with a rather out-of-the-blue encounter with a priest and a nun that know their way around firearms and have marching orders: "Thou shalt not suffer a witch to live." Barnabus and Zell just can't catch a break it seems. The grand finale of the mini-series takes things back to where they all began, in Cassian's mansion as his newborn son remains in serious danger of being killed to ensure Cassian holds on to power. And Drake lays in wait among the werewolf clan to take the eye and Barnabus' nifty necklace, too.

This high-octane mini-series wound up keeping the pedal to the medal for these final two issues. Lots of action, lots of swerves, and one big and bloody finish. Not a lot of room for introspection and soliloquies in this series, as everything on the page exists to keep the action moving. Between Gischler's firm grip on each character's motivations and frailties, and Ferreyra's pulpy presentation, much of that action practically lept off the page.

There were a couple of moments where story threads felt like they got snipped quite abruptly, but nothing was glaringly unfulfilled and the series never really made the promise of expounding on the final resolutions after the fact. Everything ended on a really satisfying note, with just enough elbow room to offer a glimpse for future iterations of Barnabus and this world. I'll keep my fingers crossed.