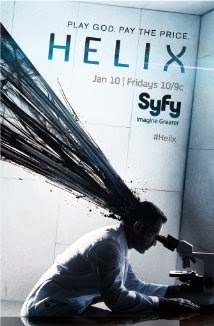 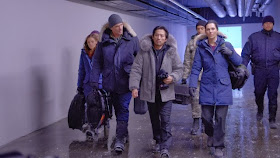 Helix must have cost SyFy a lot of money because they have been promoting the crap out of it. I’ve been waiting months for it. But was it worth the wait? Hell yeah! I could poke holes in the science and story all day long, but in the end it is a lot of entertainment packed into 60 minutes. You get a high creep factor, lots of suspense and some damn fine looking actors too boot! 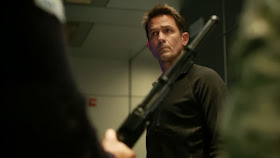 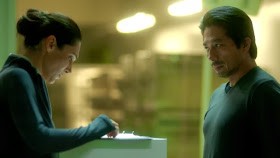 Billy Campbell (wow, he has great hair) plays the genius CDC expert, Dr. Allan Farragut, sent in to investigate an outbreak in the middle of the Artic and when has any movie/show set in the Artic been a good thing? Yeah, never! The lab facility is run by Dr. Hiroshi Hatake played by Hiroyuki Sanada who is also in the movie Ronin 47. His character stands around looking all evil scientist and says very little, but he looks good doing it. Neil Napiee plays Dr. Peter Farragut the black gooey kisser. He does psycho really well. The women on the team are all very nice to look at too. 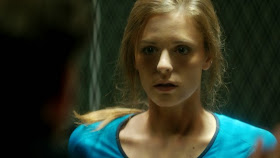 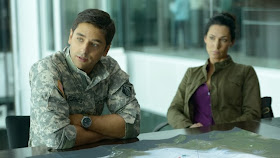 Here is the main cast. Guess which characters are hiding a  a big secret?

You can catch the pilot and episode #1 and #2 on demand or the SyFy website. I suggest you see them in order. One last thing I want to mention is the music used. WTH? It is actually kind of brilliant how the upbeat music is used with the disturbing scenes.
Imagine watching people dying a horrible death while listening to this little ditty... simply brilliant!
I already have my theories about what is going on. If you want to talk about it use the comments. If you don’t want to be spoiled, don’t read the comments!