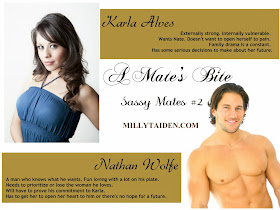 
· Stop howling at the moon. He’s the werewolf, not you. Howling indicates his animal side is leading his actions. I suggest you have outdoor sex.

· They love to eat *wink*. Take advantage of this. But not when he’s truly hungry. We don’t want any missing limbs because he thought you were being serious. So let the man lick you up and down and have rough sex.

· They have a heightened sense of smell. Do not wear perfume. And, wash really really well. They can tell if you didn’t. After you wash yourself REALLY well, have wild sex.

· If he brings you a dead animal, try not to throw up in front of him. He’s being nice. Don’t pet him on the head. Thank him with oral sex.

· If he suddenly sprouts fur while you’re getting intimate, you might want to stop until he’s fully human again. Some women have issues with men looking like a pet while they’re fooling around. If you don’t, get on all fours and have doggy style sex.

· You can probably get away with calling his mother a bitch, but I don’t think you should. Remember, she can chew you up and spit you out without much effort. Let’s stay on her good side. Once the strain of being nice to possible mother-in-law is over, go home and have furniture-breaking sex with your man.

· There’s a possibility you might mate and have his babies. You’ll have babies, not puppies. There won’t be a need for you to find a vet to deliver your kids. But in the meantime, enjoy all the baby making activities by having super-hot sex.

· Remember, werewolves are just guys with a few extra chromosomes. They all think the same and only want the basics. To eat. Sleep. Hunt. And have SEX. 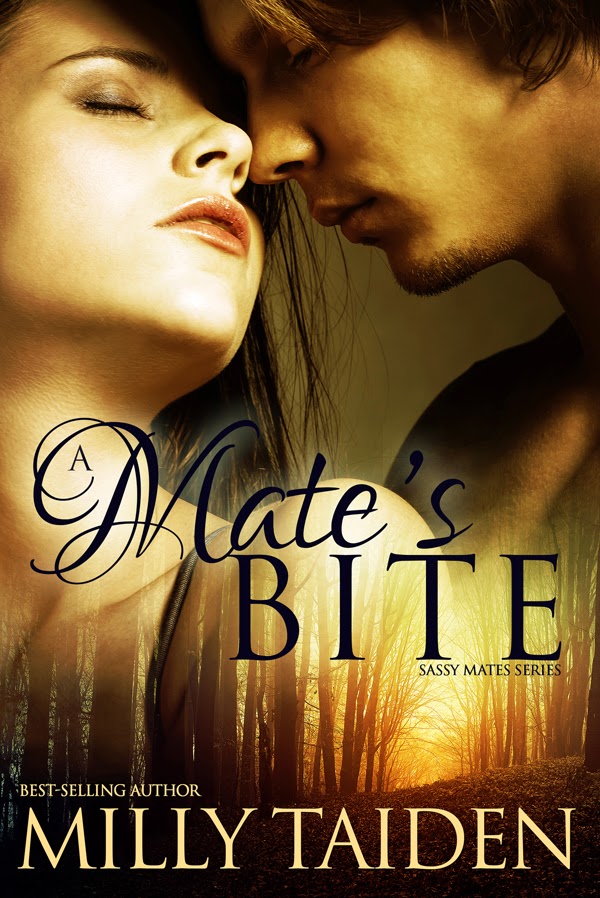 A Mate’s Bite
Mission: Don’t fall in love
After an explosive night of passion during a scenting ceremony, Karla Alves is sure she was just a one night stand for the man she'd been crushing on for years. She teased him and pleased him, and Nate hasn't been around since. Her fear of becoming clingy kept her from risking her heart and asking for more than a few hours of skin sin.

Mission: Crack her walls
She. Is. His. Nathan Wolfe marked Karla. His mate. Deeply involved in pack politics, Nate has had to stay away. When his sister warns that Karla needs him more than he thinks, he'll discover a bundle of secrets only his wolf can sniff out. But getting the woman he cares about to let down her guard may prove to be his undoing.

Mission: Embrace the bite
With Karla's wayward sister wreaking havoc and friends needing more of his time than ever, Nate will have to rearrange his priorities if he ever hopes to earn Karla's trust. But will time with her be enough? Only true love and a wolf's promise can hold together a relationship created with a bite, a scenting, and a hope for tomorrow.

Warning! This is explicit

Excerpt
She was lost in the pleasure. In the bliss of adrenaline that filled her veins and took over. His teeth scraped the back of her shoulder in a bite that only enhanced her orgasm. Kept her mindless. His thrusts stopped suddenly, his body tensed, and then he growled.

When they could finally move, he turned her over to lay on top of him on the grass.

“I know.” He sounded more than satisfied with himself. She couldn’t fault him. She had no words.

“You know,” she said in a barely audible whisper, “I would’ve never imagined you’d do something that—”

She lifted her head from his chest and frowned at him. “Full of yourself much?”

“I think you should get a tattoo with my name on it.” He grinned, eyes sparkling with mischief.

“You are drunk!” She accused, slapping his sweaty shoulder.

His laughter boomed with the rustle of the wind in the trees. His chest lifted her with each chuckle. “You should. You belong to me now.”

“Belong? Yeah.” She felt his forehead. “You’re either drunk or sick to be speaking that much nonsense.”

He had to be drunk. She’d been in love with him for years. And other than the kiss he’d given her during Ellie’s party, he’d never really done anything near like what he was doing now. A sound alerted her to turn toward the trees. The idea someone was near wasn’t one she liked. She hurried to dress before someone caught her naked.

He helped her stand and cupped her face. “At least you’re not calling me Furball like Jordan does Aric. I’ll go see if there’s anyone in the area. Give me a few minutes, and I’ll take you home.”

She shook her head. “Not necessary. I’m…I need to think.”

“You’re not suddenly changing your mind about what happened here, are you?” He asked.

Hi! I'm Milly (AKA April Angel) I love to write sexy stories. They're usually either paranormal or contemporary with a large dose of heat. My paranormal stories can be anything from wolf-shifters (my favorites) to witches, demons and anything in between. My contemporaries are usually anything from soldiers to corporate romances.

I was born the prettiest part of the Caribbean known as the Dominican Republic. Currently, I live in New York City with my hubby, the bossy kiddo and our little dog "Needy Speedy". Don't ask.

When I'm not working some really long hours at the day job, or hanging out in the awful life-sucking invention known as Facebook, messaging my bestie in the UK or shopping with my sis Julie, then I can be found watching scary movies. Buuut when I'm not doing that, I'm usually writing because the voices won't shut up.

I am addicted to shoe shopping, chocolate (but who isn't, right?) and Dunkin' Donuts coffee.

Come on over and visit me! I love to meet new readers!

Like my books? Want to stay on top of all things Milly? Sign up for my newsletter http://mad.ly/signups/87477/join
There’s a monthly $50 GC Giveaway to all the emails signed up to get the latest news on my releases.