The final book in Jackie Gamber's young adult fantasy The Leland Dragon series is out. Find out the fate of Sela and if there will be war between humans and dragons! Today the cranky old wizard Orman Thistleby fusses about having to write a blog post. Be sure to check out the beautiful interior artwork included in Reclamation. 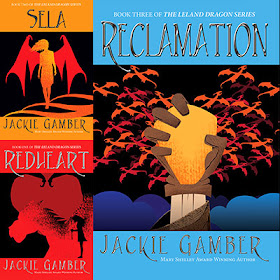 I’m not one for writing blasted diary stories. Too much like talking to yourself. That’s for the brain-addled and over-magicked. The least of my problems, being over-magicked! I can’t even get normal-magicked these days with the leftover bits and dust I have to work with. What is a wizard without tools? Just an old man.

But if I’m going to get this onyx crystal to work like ink, then I have to write, so this is it. Good news is, if I am talking to myself, at least I’m having a decent conversation for once.

What is all this nonsense about talking anyway? That’s a woman’s fancy, all wagging tongue and “tell me how you feel”. I feel like being left alone, that’s what I feel. Haven’t had a moment’s peace since Layce Phelcher. She’s the grain of sand in my craw, and I don’t mind saying so.

Worst of it is, she’s no wizard, blast it all, and none of us can talk sense into her seeing anything but. She flings crystals and spells like a cat burying its scent. If the woman would just accept what she is good at, there might be something to it. Takes a constitution of marble to be a seer, and we haven’t got enough of them these days.

That quiet one, though. Name’s Gladdis, best as I recall. Sela’s friend, little human windstorm. Not in her bearing. You’d think she jumps at her own shadow, she’s so wide-eyed and wondrous all the carnsarn time. Something in her spirit, though. All stirred up and looking for a place to go. Reminds me of myself, when I was younger.

Yes, I was younger! Haven’t always been this walnut shell.

And now I really am talking to myself. And no one around here to check my mental state. Everyone’s already bonkers.

Bah, a knock on the door. Can’t a man talk to himself in peace?

That Gladdis girl. Funny little thing. A golden leaf. Got something to ask me, but the question’s just a breath on her tongue, no nerves to turn it into words.

At least she understands the value of silence until the words are worth breaking it. I think there’s something there to work with, maybe. I wonder if she’s ever touched a crystal.

Speaking of, this one’s working just fine, and now I’m to meet Layce under the big fir that’s become her favorite place to breathe on me and whisper in her strange ways. Gets my whiskers knotted. I keep going to the tree anyway.

For study purposes. That’s all. 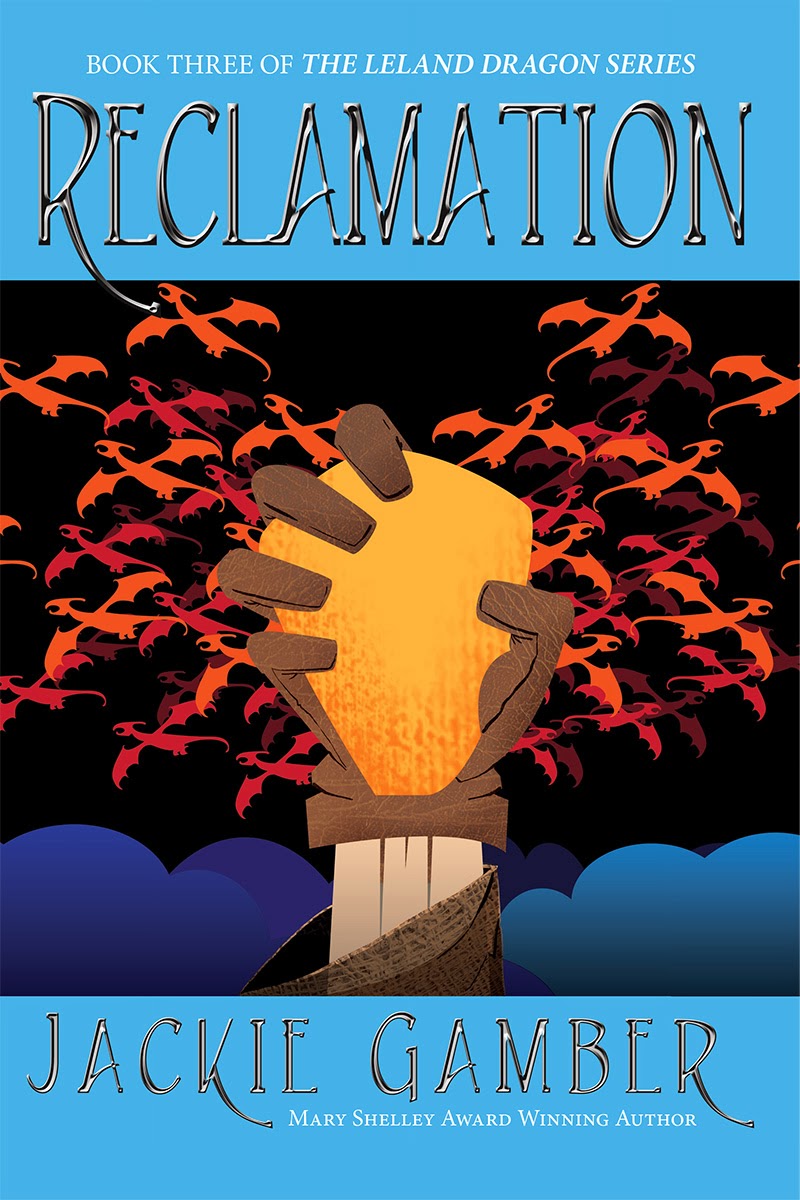 Reclamation
The exciting conclusion of the Leland Dragon Series!

Leland Province remains in danger. The sinister Fordon Blackclaw has returned from the shadows to strike at the heart of neighboring Esra, killing its Venur and making clear his intentions to retake what was once his: Mount Gore, seat of the Leland Dragon Council.

All around, the land grows weaker and weaker. Leland, once thought saved by Kallon Redheart, is without purpose, and within its borders, Murk Forest, a place of mystery and danger, has driven its inhabitants to seek aid. Esra is in flames, and the Rage Desert grows. Dragon and human alike struggle to find their way, and the wizard Orman can sense that there may be more at stake than the affairs of dragons.

Hope remains, yet it is not without obstacles. In Esra, Sela, the daughter of Kallon and Riza, found the well, a source of life, and made herself whole again. But her homecoming is not what she had imagined.

Old wounds buried deep must reopen if life is to continue. Dragons, humans, wizards, and shape shifters are all at risk as the peace between dragon and human has finally been broken.

Check out the beautiful interior artwork by Matthew Perry 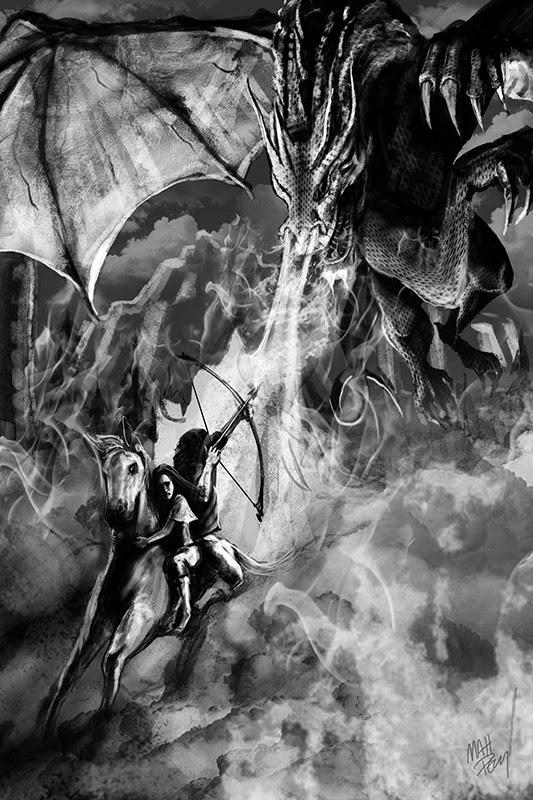 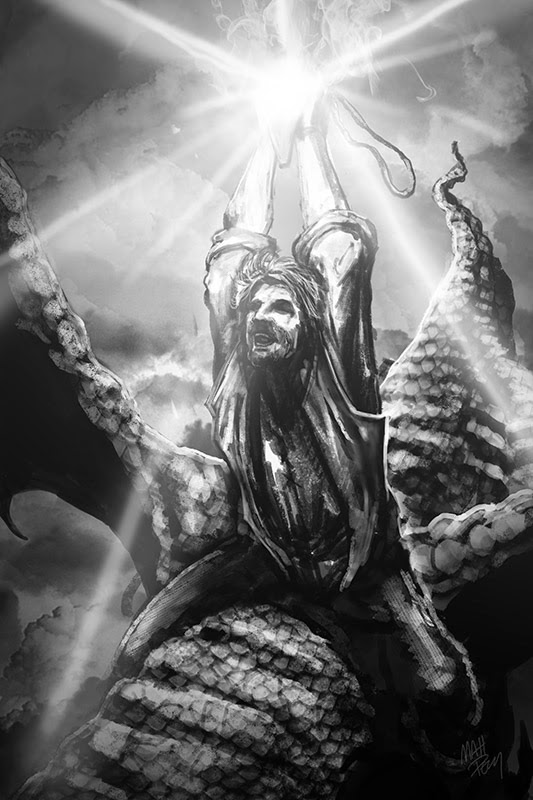 About the Author:
website-FB-twitter-amazon page-AllotropeMedia
About the Author: As an award winning author, Jackie writes stories ranging from ultra-short to novel-length, varieties of which have appeared in anthologies such as Tales of Fantasy and Dragons Composed, as well as numerous periodical publications, including Orson Scott Card’s Intergalactic Medicine Show, The Binnacle, Mindflights Magazine, Necrotic Tissue, and Shroud. She is the author of the fantasy novel Redheart and Sela, and writing an alternate history time travel novel. She blogs professionally for English Tea Store.com, where she reviews classic science fiction and fantasy novels and pairs them with the ideal tea-sipping companion.

Jackie is a member of the professional organizations Science Fiction Writers of America and Horror Writers Association. She was named honorable mention in L. Ron Hubbard’s Writers of the Future Award, and received a 2008 Darrell Award for best short story by a Mid-South author. She is the winner of the 2009 Mary Wollstonecraft Shelley Award for Imaginative Fiction for her story The Freak Museum, a post-apocalyptic tale that looks closely at perceptions and outward appearances and how they affect the way we see ourselves. Jackie Gamber was co-founder and Executive Editor of Meadowhawk Press, a speculative fiction publisher based in Memphis. One of their novels, Terminal Mind by David Walton, won the Philip K. Dick Memorial Award in 2009. Jackie also edited the award winning benefit anthology, Touched By Wonder. She has been a guest lecturer at Memphis Options High Schools, and is a speaker at writers’ conferences from Michigan to Florida. Jackie is also the visionary behind the MidSouthCon Writers’ Conference, helping writers connect since 2008. 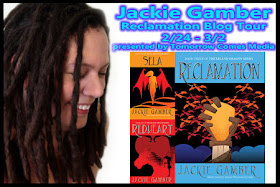 GIVEAWAY
a Rafflecopter giveaway
Sharon Stogner at 12:30 AM
Share