Book Review: Sex And the Single Vamp by Robin Covington 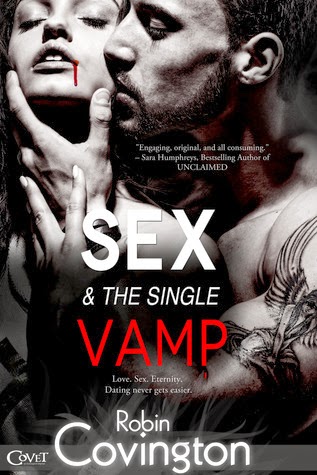 Cici Trent, vampire and media darling, spends her days finding true love for humans and supernaturals (the "Others") at her dating agency. But someone is trying to sabotage her business and she needs help. Unfortunately, the best man for the job is the one who broke her still-beating heart two hundred fifty-four years ago.

Deacon is a patient vampire. He’s only loved one woman in over three hundred years— CiCi— and she chose another. So when she shows up in his office asking for help, he finally has the chance to lay that demon to rest. He’ll help her, but for a price—a night in his bed.

Adrenaline, mischief, and a little late-night B&E light the passion that even a couple of lifetimes couldn’t put out. But Deacon has a secret and when Cici is suddenly mortal, his deception might be the only way restore her immortality. Can love bridge the gap between a heartbeat and forever?

Someone is trying to sabotage Cici Trent's supernatural dating agency so she does the only thing she can, she hires Deacon to find out who it is. Only problem is, she still has feelings for the vampire two centuries after he broke her heart.

When the only woman he's ever loved comes to ask Deacon for his help, he doesn't waste time letting her know that he'll help her as long as she spends a night in his bed. But she has a demand of her own, she wants him to find her maker and that might be a problem...for him.

Deacon doesn't believe that humans and others *supernaturals* should be dating, marrying or tying themselves together at all. So he's opposed to Cici's dating agency because she's a professional matchmaker that helps humans and others date one another. But someone is killing her clients and she needs Deacon's help finding out who and why.

FAR aka Fellowship of Adam's Race is a cult like group that targets others and kills them and Deacon thinks that they are behind the mysterious murders. He has a past with them. A Past he'd rather forget about but they won't let him. His secrets are about to come out.

Deacon is all alpha male vampire yumminess. When Cici agree's to his terms and hires him, he totally takes over her office and makes upgrades to her security system which made her crazy. But he's in the security business and I totally saw that coming before it did. Any good security guy is going to make sure his client has the best security system if he wants to keep them alive.

Sanctuary, a club where humans and others get together purely for quick pleasure purposes is the last place she expected to go with him but that's where they ended up. I don't think I could have kept myself away from a club like this where vampires, were's and humans all mingled together for a little mutual pleasure. The descriptions of two and three pairs of people huddled in booths and corners just making out or doing a little bump and grind on the dance floor made me think of a fetish or kink type club that we might find in our own towns.

When Deacon is caught off guard and Cici is hurt, he has to tell her some of the secrets that he's been keeping for a very long time. The secrets just keep coming and the twists this story takes are fast and sometimes heart stopping. Several times I just kept thinking, "No way. Oh damn."

Andy Silverfox is Deacon's second in command at his security agency and one of the characters that I hope gets his own book sometime in the future because we really need to get to know this man better. So much mystery, so much alpha maleness to just leave this guy as a secondary character in one book.

If you like an enticing mystery, secrets, vampires, were's and a love story that spans two centuries then you'll love this book. 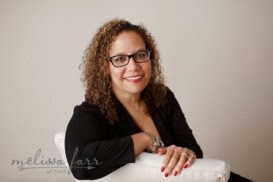 A Night of Southern Comfort, her best-selling debut novel was named a 2012 finalist in the RT Book Reviews Reviewers Choice Awards, earned 4.5 stars and was touted by RT Book Reviews as bringing a “fresh, modern feel to the genre while still sticking to the things that get our adrenaline pumping — sex and danger”. When she’s not exploring the theme of fooling around and falling in love, she’s collecting tasty man candy, indulging in a little comic book geek love, and stalking Joe Mangianello.

Robin is a member of the Romance Writers of America, the Washington Romance Writers, a faculty member at Romance University, a member of the Waterworld Mermaids, and a contributor to the Happy Ever After blog at USA Today. You can find Robin on her website, Facebook, Pinterest, and Twitter (@RobinCovington).
Sharon Stogner at 12:30 AM
Share