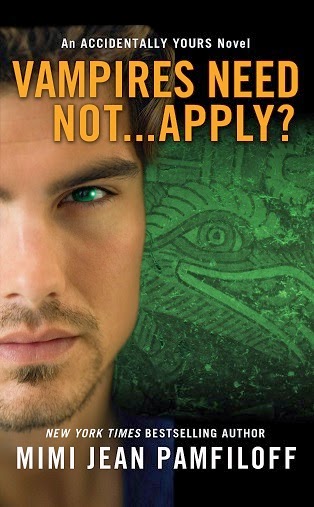 Leaders of the gods' army captured. Check. Check.
Three slightly ticked off women now charged with saving the world while the gods fall apart, the good vampires go on holiday, the bad guys are popping up everywhere. Check. Check. Check.

Help is on the way. Check?

Meet Dr. Antonio Acero, a world-renowned physicist whose life is about to take a turn for the worst. And the bizarre. While on vacation in southern Mexico, Antonio discovers an ancient Mayan tablet. Local legends say it contains magical properties, properties that could put his stalling research on the map. But is this really his lucky break? When Antonio attempts to put the tablet to use, he'll discover that Fate has other plans. And her name is Ixtab.

“Dammit. Where are you?” Thirty-four-year-old Antonio Acero frantically searched the dark, empty, cavernous room, helplessly listening to the woman’s cries.

“Time is running out. You must work faster,” she wailed.

“I am doing everything I can,” he called out, his voice bouncing off the bare, smooth walls. “But I can’t get to you. If you just tell me…” Two catlike eyes punched through the darkness, sucking the words from his mind. He wanted to see more of her, to touch her. He felt like he might become the one who needed saving if he did not.

“Save me. Please save me,” the woman repeated. “Time is running out. I have the answers you need, but you must work faster. Destiny—”

Antonio catapulted from his deep slumber, dripping in cold sweat. “Puta madre, ” he whispered and flipped on his stainless steel reading lamp. It had been the same damned nightmare every night for the last month. Ever since he’d found that fucking tablet in Mexico. Or had it found him?

Doesn’t matter. It’s what you were looking for, the answer to your prayers.

“Everything all right, baby?” A silky arm slipped out from beneath the steel-gray satin sheets and rubbed his bare thigh.

“Uh… yeah. Sure.” He looked down at the mop of brown hair. Her face was as obscure as her name.

Mierda. What was he doing? It didn’t matter how many women he brought home, he couldn’t wash her—the woman in his dreams—from his mind.

He slid from bed and plucked his discarded tee and boxer briefs from the floor. On his way to the kitchen, he slipped them on and tried not to punch something.

Dammit. The dreams were only getting worse, more vivid, more frantic with every passing night.

He yanked open the fridge, pushed past the Odwallas and beer, and grabbed the soy milk. He knew this madness didn’t make sense, but what the hell did that matter? The dreams kept coming. Scotch—the good stuff—sex, hypnosis didn’t matter. Every night she came. Every night he woke. Every day he worked and didn’t stop until his mind reached exhaustion. And even then, he couldn’t stop thinking about the tablet.

Shit. What was happening to him? 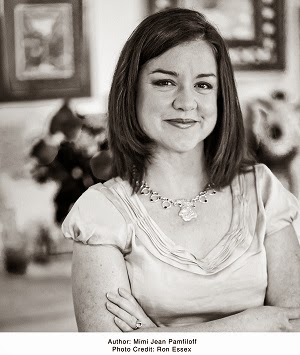 About the author:
Website-Facebook-Twitter-Goodreads
Before taking up a permanent residence in the San Francisco Bay Area, Mimi spent time living near NYC (became a shopaholic), in Mexico City (developed a taste for very spicy food), and Arizona (now hates jumping chollas, but pines for sherbet sunsets). Her love of pre-Hispanic culture, big cities, and romance inspires her to write when she's not busy with kids, hubby, work, and life...or getting sucked into a juicy novel.

She hopes that someday leather pants for men will make a big comeback and that her writing might make you laugh when you need it most.