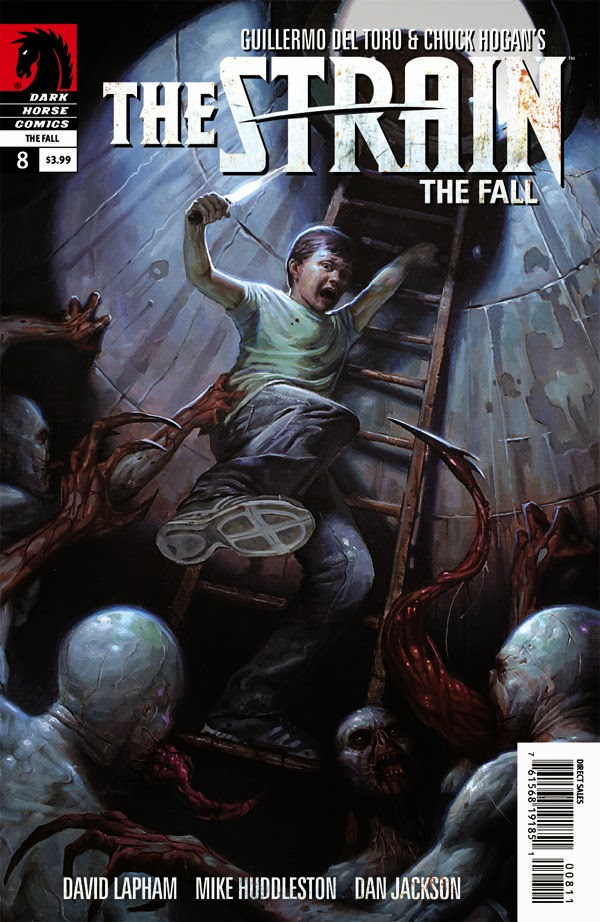 Trapped in a tunnel below the Hudson River, Dr. Ephraim Goodweather’s son Zack and Dr. Nora Martinez fight for their lives against an onslaught of vampires commanded by Zack’s mother! Meanwhile, though the Master’s evil plan has almost sealed humanity’s fate, his oldest enemy, Abraham Setrakian, may have discovered the key to victory.
* Soon to be a TV show on FX!
“A fun action horror comic.”—Geeks of Doom


“A week ago, they invaded Manhattan. Now they will destroy the world. A vast conspiracy prevents the vampire epidemic from coming to light. A small force is humanity’s only chance: an alcoholic, a doctor, a pawnbroker, an exterminator, and a criminal. Can they prevent the Master from covering the planet in darkness?”

In this issue, Professor Setrakian learns the truth behind the star maps and more in the book, there is a nuclear plant accident in China, and Eldritch Palmer learns you can not screw over the Master, demanding his being turned. Worse, for Zack and Nora, the train Eph put them on to get out of New York City has derailed and Eph’s ex-wife now a vampire and other vampires are pursuing them. Things appear dark for the heroes and humanity.

The artwork is superb and the colors of the comic reflect the growing darkness in this series of comics based on the second novel. The pacing is fast and terrifying. Who will live and who will die by the last comic of this second series? I can not wait.