The Badass Women of Television

The world of paranormal is hitting television screens hard this year, and the women leading the way are making us all want to join the fight! Here's a few of the badass gals in the supernatural and superfantasy shows. 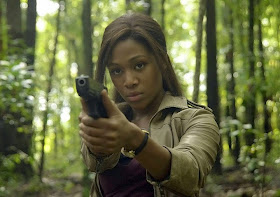 
FOX
Lieutenant Grace Abigail "Abbie" Mills is a sheriff detective in the small, modern-day town of Sleepy Hollow. After being visited by the demon Moloch at a young age, she is the Second Witness of the Four Horsemen of the Apocalypse that was foretold in the book of Revelation, and one of the two main protagonists on the show. Abbie and Ichabod, along with their fellow comrades, must team up together to prevent the end of days from occurring. 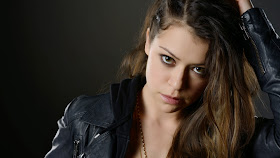 
Orphan Black is a Canadian science fiction television series starring Tatiana Maslany as several identical women who are revealed to be clones. The series focuses on Sarah Manning, a woman who assumes the identity of her clone, Elizabeth (Beth) Childs, after witnessing the latter's suicide. The series raises issues about the moral and ethical implications of human cloning and its impact on issues of personal identity. 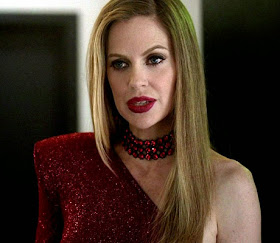 True Blood
Kristin Bauer Van Straten (Pam)
HBO
*Final Season
Pamela "Pam" Swynford De Beaufort is a character in True Blood. As a human, Pam ran the Comstock Brothel in San Francisco. In 1905, she met Eric Northman and begged him to turn her into a vampire out of desparation. After a century together, Pam is fiercely loyal to her maker (Eric), and despite her relative youth as a vampire acts as his second in command in his duties as vampire sheriff of LA: Area 5. She is often blunt when explaining things or dealing with most people, regardless of their species. She has a very morbid sense of humor, with a sweet yet highly lethal charm. She can also be very cold and uncaring when dealing with people and seems apathetic to the concerns of others. 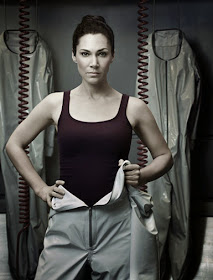 Helix
Kyra Zagorsky (Dr. Julia Walker)
Syfy
Helix is an intense thriller about a team of scientists from the Centers for Disease Control who travel to a high-tech research facility in the Arctic to investigate a possible disease outbreak, only to find themselves pulled into a terrifying life-and-death struggle that holds the key to mankind's salvation...or total annihilation.
Dr. Julia Walker is a Senior Scientist at the Centers For Disease Control and ex-wife to Dr. Alan Farragut. Brilliant and authoritative, she co-heads the rapid response team's mission to the Arctic Biosystems facility. 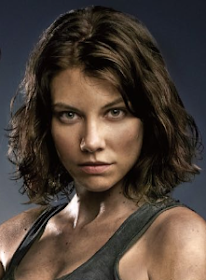 The Walking Dead
Lauren Cohan (Maggie Greene)
AMC
Maggie Greene is one of the main protagonists and survivor of the outbreak in AMC's The Walking Dead. She is the eldest daughter of Hershel and Josephine Greene, and half-sister of Beth. A tomboy and a farmer's daughter with a steely personality and many skills including horseback riding and killing the crap out of walkers (zombies). Maggie proves herself a capable solider with deep loyalty to her loved ones. She is married to Glenn. 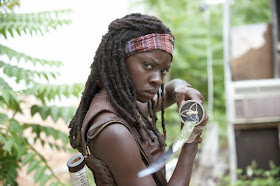 The Walking Dead
Danai Gurira (Michonne)
AMC
Michonne is one of the main protagonists and survivor of the outbreak in AMC's The Walking Dead. A Katana-wielding survivor who tends to work alone and keeps much of her past secret. Michonne is a killing machine who can handle herself in just about any situation. Deadly with her blade! 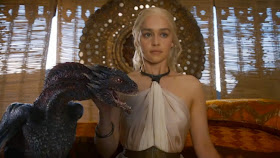 Game of Thrones
Emilia Clarke (Daenerys Targaryen)
HBO
Daenerys Targaryen, sometimes called Dany by her brother Viserys, is a major character played by starring cast member Emilia Clarke, and debuts in the series premiere. She is the only surviving child of King Aerys II Targaryen, who was ousted from the Iron Throne during Robert's Rebellion. Her marriage to Drogo and subsequent interaction with the Dothraki people gives her the confidence and strength to lead and the belief in herself as the rightful queen of the Seven Kingdoms. She has proven herself as a leader and a conqueror through her swift and (for the most part) merciful conquests of the Free Cities of Astapor and Yunkai. She is the mother of dragons. 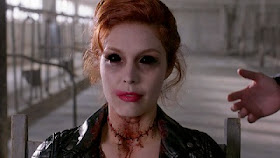 Abaddon is one of only two remaining Knights of Hell, the other being her retired master, Cain. Abaddon is single-handedly responsible for the extinction of the original Men of Letters. She arrived in the present through time travel in her hunt for Henry Winchester and the key of the Order of Letters he was entrusted with, but failed to retrieve it, with Henry's grandsons Sam and Dean Winchester taking it instead. Upon discovering the shameful state Hell had fallen into in her absence, however, Abaddon abandoned her hunt for the key and began a crusade to take over Hell herself to remake the world as she saw fit—with herself as Queen of Hell, ruling over demons, angels, and humans alike. 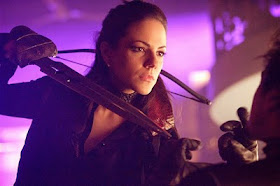 Lost Girl
Anna Silk (Bo)
Lost Girl is a Canadian supernatural crime drama television series that focuses on the gorgeous and charismatic Bo, a supernatural being called a succubus who feeds on the energy of humans, sometimes with fatal results. Refusing to embrace her supernatural clan system and its rigid hierarchy, Bo is a renegade who takes up the fight for the underdog while searching for the truth about her own mysterious origins.- Written by M.A. Lovretta

So what shows are you watching/loving/can't wait to see? Any badass females you're digging?