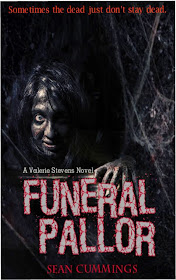 There's a nest of rotting husks in an old Calgary warehouse and they've got a hankering for human flesh, but that's the least of Valerie Stevens' problems. While necromancers are a dime a dozen, these mindless killing machines all share one thing in common: they're former occupants of every funeral home in the city.

The evidence points to the zombie Caroline, especially now that she's been experiencing short term memory loss and an inability to account for her whereabouts. If Valerie plans to clear her best friend's name, she'll have to move fast: someone has dispatched a zombie assassin and Caroline's only hope may rest with a pair of middle-aged head-bangers with a few secrets of their own.

Also check out book one: 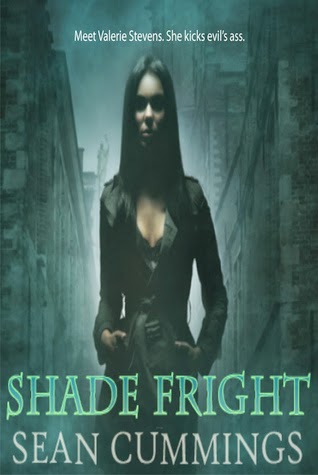 There’s a malevolent force in town, and it’s quite literally Valerie Stevens’ job to determine who’s behind it and why they want to destroy the city of Calgary. She’ll have help, in the form of her best friend (now more or less a zombie, unfortunately), a powerful dwarf troll, and the ghost of a dead Prime Minister (he goes by ‘Bill’ these days). But that’s not all – Valerie has some tricks up her sleeve and, she hopes, luck on her side. Oh, and her boyfriend, Dave. He drives a dump truck. 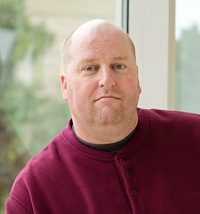 About the Author:
website-FB-twitter-blog
Sean Cummings is a fantasy author with a penchant for writing quirky, humorous and dark novels featuring characters that are larger than life. His debut was the gritty urban fantasy SHADE FRIGHT published in 2010. He followed up later in the year with the sequel FUNERAL PALLOR. His urban fantasy/superhero thriller UNSEEN WORLD was published in 2011.

2012 saw the publication of Sean’s first urban fantasy for young adults. POLTERGEEKS is a rollicking story about teen witch Julie Richards, her dorky boyfriend and race against time to save her mother’s life. The first sequel, STUDENT BODIES is due for publication in September 2013.