The Genesis of The Imaginarium Convention- Part I: concept and venue 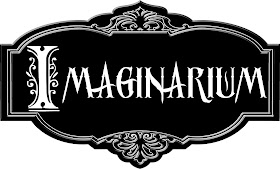 The Genesis of Imaginarium

Conventions start with ideas, conceived in the imagination, and then they take their first steps in the physical world. With Imaginarium, the idea took form as a result of what kind of convention I would love to see as a writer myself.

I go to many conventions, including several truly wonderful ones that are “must-go” events each year. So when I talk about building the convention that I always wanted to see, it is in no way a negative reflection of any other.

Quite simply, I wanted to see an event where creative writing and storytelling stood as the centerpiece and focus of the entire convention. I wanted to see something that was rich in content, yet fun to attend. Out of these main focal points, the idea of Imaginarium was born.

In concept, Imaginarium is a convention all about creative writing, including all genres of books, as well as screenwriting, poetry, comics/graphic novels, game-design, and all areas that involve the creative writer. A comprehensive collection of panel sessions and workshops is set within the atmosphere of a convention environment, making it a great place for all kinds of folks to gather for learning, networking, promoting their works, and, just as importantly, having fun.

It is the kind of event that readers and writers alike can enjoy, and where different genres and types of writing can smoothly come together. Because of this, there are unique opportunities for learning and cross-networking that you will not find at more genre-specific events. I strongly believe that there are many things that pursuers of one discipline can learn from another, especially in the arts of storytelling.

This year, Imaginarium will feature over 140 panels and workshop sessions organized along twelve primary categories. All sorts of topics will be addressed, from social networking to book blogging, from editing to publishing, to screenplays, writing for comics, game-design, and all kinds of topics addressing various aspects of the craft of writing.

The Guest of Honor for our debut is Rose Pressey, a tremendous success story in the indie book world and a resident of Imaginarium’s home state of Kentucky, making our choice of her one that is perfectly suited for Imaginarium’s debut. The convention also features special honored guests called Imaginators. This year’s group includes Jeffrey Reddick, screenwriter and creator of the well-loved Final Destination movie series, Dan Jolley, who has had multiple projects with Dark Horse Comics and worked on several Transformers video games, and Maurice Broaddus, author of the Knights of Breton Court urban fantasy series from Angry Robot. They spearhead a list of over 130 professional guests who will be appearing in the main programming spanning Friday to Sunday.

Of course, none of this can get off the ground properly without the right event site, and that’s where the Imaginarium Convention took its first main step. Before we could give the full go-ahead for Imaginarium, we had to be absolutely sure that we had the right home and I had only one place in mind: The Crowne Plaza Hotel in Louisville, Kentucky. 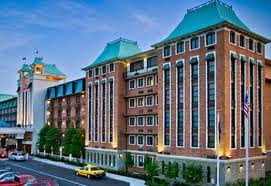 Location and quality of facility is paramount with any convention, to say nothing of a brand new one. The Crowne Plaza is a first class hotel and event site that hosts many excellent conventions, not the least of which is the storied WonderFest, regarded as one of the top toy and modeling conventions in the nation (and world). The Crowne Plaza is of the size that it can accommodate a convention of up to 5,000 attendees or more with ease, so there’s plenty of room to grow from year one.

The Crowne Plaza is located right by the Louisville airport, quite literally a stone’s throw away. This makes it a breeze for those who fly in. For those driving, it is directly off the I-65 interstate. It involves no downtown driving and has a huge amount of free parking available.

For guests and attendees alike, the choice of the Crowne Plaza as our site was really a no-brainer. Of course, just because you want a particular site doesn’t mean that you’ll get the timing desired.

I wanted a Fall date, something not too close to Dragon*Con though. After examining their calendar and availability, the hotel got back to us with some options. We were able to get the kind of layout we needed for the September 19-21 weekend, a time that put us a more comfortable 3 weeks away from the mega-event in Atlanta where many of our guest panelists also attend. With the desired array of room spaces and appropriate spot on the calendar, we contracted for the debut of Imaginarium.

With the right concept and venue in place, we could advance our Imaginarium journey. The next steps involved quite a few things, from seeking sponsors, to vendors, organizing for the programming and guests, and a good number of other initial tasks. We will be exploring the evolution of Imaginarium over the coming weeks, but concept and location are the start, and every great story must have a beginning! Until next time!

About the Author:
website-FB-twitter-blog
Born in Denver, Colorado, Stephen Zimmer is an award-winning fantasy author and filmmaker based out of Lexington, Kentucky.

Stephen has two series being published through Seventh Star Press. One is the epic fantasy Fires in Eden Series, which was launched with Crown of Vengeance (winner of the 2010 Pluto Award for Best Novel). Book 2, Dream of Legends, was released in January of 2011. The other is the epic urban fantasy series The Rising Dawn Saga. The Rising Dawn Saga launched in spring of 2009 with The Exodus Gate (nominated for a 2009 Pluto Award). The next step was taken in June of 2010 with The Storm Guardians. Highly prolific, Stephen is adhering to a release schedule that sees a new book approximately every seven months!

As a filmmaker, Stephen has credits in fantasy and horror, including the supernatural thriller Shadows Light (feature), The Sirens (horror short film), and Swordbearer (fantasy short film). Swordbearer debuted in early 2011 and is currently being exhibited on the convention and festival circuit. Featuring a special appearance by former WWE wrestler Al Snow, the film is based upon the H. David Blalock novel Ascendant.
Sharon Stogner at 6:00 AM
Share