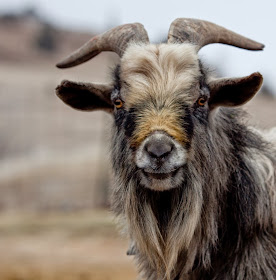 Hello, I am here to ask for equal rights for weregoats among the were community. I mean most werecreatures are of the predator side. But there are those who change at the full moon into a more…um…goaty type. Okay, so maybe we are paranormally challenged. But dang it, we deserved the same considerations as werewolves, wereleopards, werelions, werebears, and others! I didn’t ask to become a weregoat and maybe I am not most women’s idea of the sexy alpha male, but I am a person. One that gets furry and has horns and hooves three times of the month, but still, a man the rest of the time. Come on, guys, give us what we are asking for….

Pamela: *As I shove Alvin Middleton out of the room* Ha ha…that’s Alvin Middleton. He is still not happy being a weregoat. He doesn’t know how it happened, or why. But I agree about his demand for equality among the werebeasts. Without that, he just might become food for some hungry werewolf, or werehyena.

Predators are not the only kind to become a werebeings. There are stories about wereelephants in African legends. So why cannot the weregoat be accorded the same noble thoughts as the elephants gets in African myths. Weregoats may have a noble past. Think of Pan and satyrs of Greek myths, fauns, too. 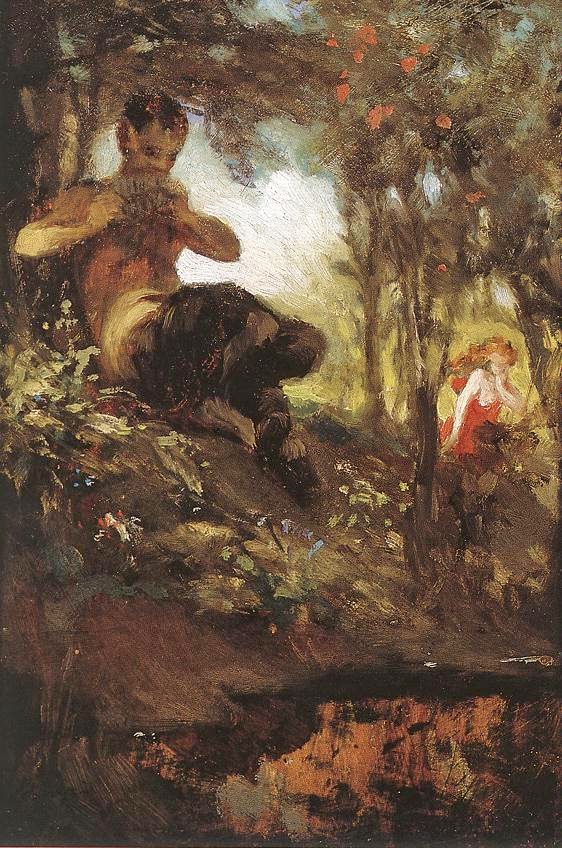 The faun is a rustic forest god or place-spirit. The faun is a half human - half goat (from the head to the waist being the human half, but with the addition of goat's horns) manifestation of forest and animal spirits which would help or hinder humans at whim. It was believed that fauns inspired fear in men traveling in lonely, remote or wild places, but were also capable of guiding humans in need.

Followers of Dionysus are more accurately satyrs; the wild and orgiastic spirits that harassed nymphs. Fauns and satyrs were originally quite different creatures: whereas fauns are half-man and half-goat, satyrs originally were depicted as stocky, hairy, ugly dwarfs or wood woses with the ears and tails of horses or asses.

So with the randy satyrs, Pan who played the pipes, and fauns, weregoats may have a grand lineage their curse or shifting abilities came from. Then again, it may be nothing more then a result of black magic, or maybe even a goat has bitten Alvin, even though he claims to have never gone near any ‘old smelly barnyard.’

Whatever, help strike a blow for weregoats everywhere, and do a sit-in or protest that they too, deserve equal rights among the were community. (Even if a goat instead of a wolf wouldn’t look so sexy on the cover of a paranormal romance.)

*Alvin pokes his goaty head in* “Weregoats need love too. Strike a blow for weregoats everywhere. Write your congressman, the pres—” *I slam the door on his snout and lock it. Loud bleats can still be heard coming from the other side of the door.*

Sorry about that. Where was I…ah, yes!

I am giving away a $10 Amazon gift certificate to one winner from the comments left here (means you can get the Kindle or print copy of Strangely Funny II anthology and read Alvin Middleton‘s story in the book.), about either how weregoats can gain more equal rights, or what other werecreatures should have rights too.

Alvin Middleton knew he was in trouble when, on the first night of the full moon, he changed into a goat.

Heart pounding, he roamed all night, avoiding from being hit by vehicles and chased by barking dogs. When dawn chased the night away, he huddled naked against a lamp post. Not only that. He smelled foul, too.

Hoping that no one saw him, he snitched a sheet off a clothesline in some stranger’s backyard and wrapped it around his body. He bolted for home, his bare feet finding every sharp stone along the way. 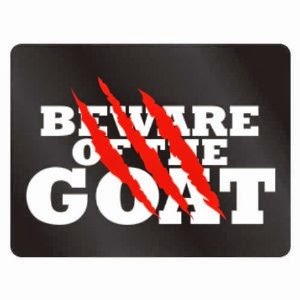 You read the rest of the story and the other humorous paranormal tales in Strangely Funny II, available at KINDLE and PRINT. 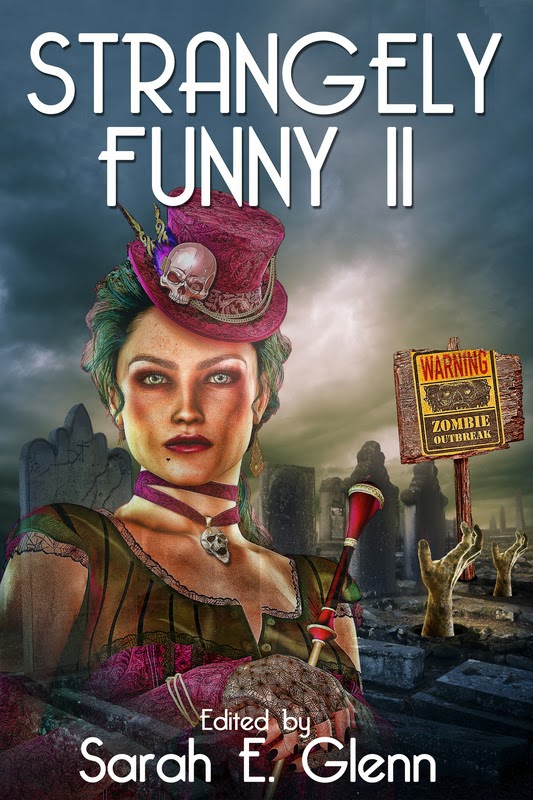 Strangely Funny II
by Sarah E. Glenn (Goodreads Author) (Editor), Pamela K. Kinney, David Bernard, Jason Norton, Adrian Ludens, Logan Zachary, Cloumbkill Noonan, David Spicer, D.J. Tyrer, F.R. Michaels, Jason Andrews, Omar J. Sakr, John Lemut, Paul Gleed,Gwendolyn Kiste, Gustavo Bondoni, Marc Sorondo, Anna Taborska, Paul Dixon, Edward Ahern,Jonathan Shipley
Paperback, 278 pages
Published August 1st 2014
by Mystery and Horror. LLC
A second anthology in the same vein as the first Strangely Funny. Twenty-one talented authors have gathered round to apply a mallet to your funny bone. In this tomb--er, tome, many questions will be answered: Who is the newest sensation in Young Adult romance stories? What happens when a centuries-old wizard becomes the target of a hoarding intervention? Where does a vampire go to get a good drink? And what is the favorite sport in Heaven? The answers to these and many other rhetorical questions lie within these pages.

Pamela K. Kinney
Journey to worlds of fantasy, beyond the stars, and into the vortex of terror with the written word of Pamela K. Kinney.
PamelaKKinney.com Blog Facebook

GIVEAWAY
Pamela is giving away a $10 amazon gift card. But you have to comment!
a Rafflecopter giveaway
Sharon Stogner at 12:00 AM
Share