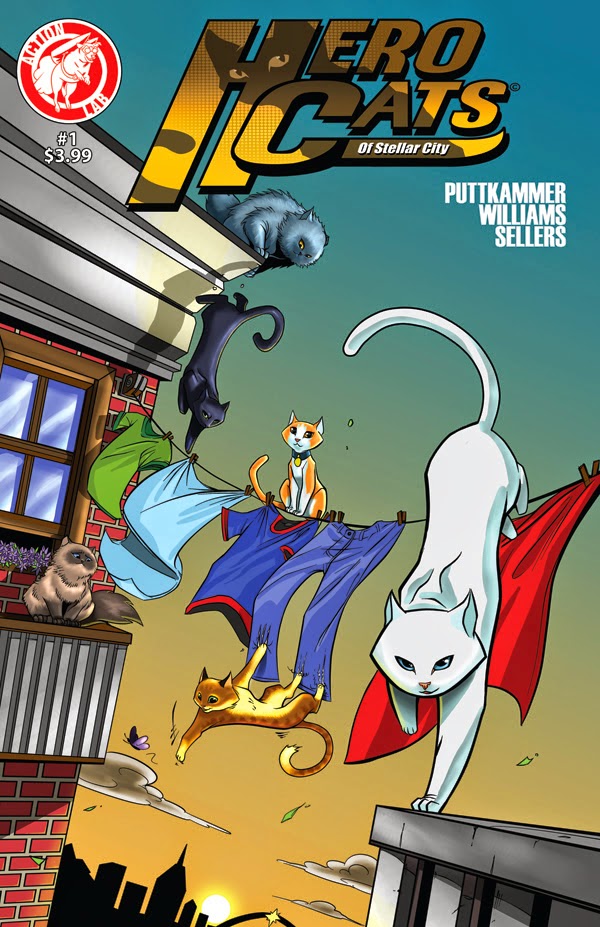 Action Lab Entertainment
Avengers and Justice League move over! The cutest heroes on the planet have
arrived! Meet the Hero Cats of Stellar City in this spectacular first issue. Not your ordinary house
cats, they're a tactical action-packed covert team dealing with extraordinary threats to humanity in
ways that will amaze. Variant fold-out cover limited to 2,000 copies!

Hero Cats! How can you resist? Issue one is narrated by Cassiopeia, at cat living in an observatory with the Quest family in Stellar City. We learn her story and she introduces us to her cat team. We get a little insight into the type of trouble these cats are out to stop.

Hero Cats is either a spin-off or runs in conjunction with another comic, Galaxy Man. You get a few sneak peek pages of that world. It is also for kids of all ages.

The artwork is bright and crisp. It depicts lot of action and humor. This is great comic for kids and for parents to read to/with their elementary school kids.

There is also website and Facebook page dedicated to the feline heroes!
https://www.facebook.com/herocatscomics
http://herocatscomic.com/
If you would like to get your kids interested in comics then check out Action Lab Entertainment's website. There are lot of choices for kids and some really fantastic ones for girls with strong female heroines their age. Princeless has won many awards and recognition. I've reviewed some of that series on this site (here)

(For you adults out there, Action Lab has a mature line Danger Zone with some rock'n comics!)

I'm rating this on its fun factor for kids. As an adult...it's cute factor.

I say this every time, but best freaking logo ever! 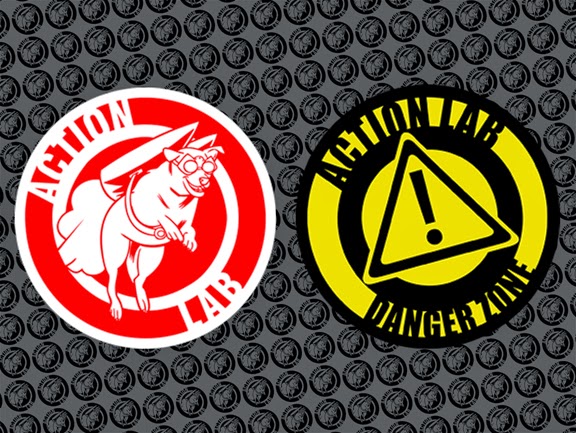