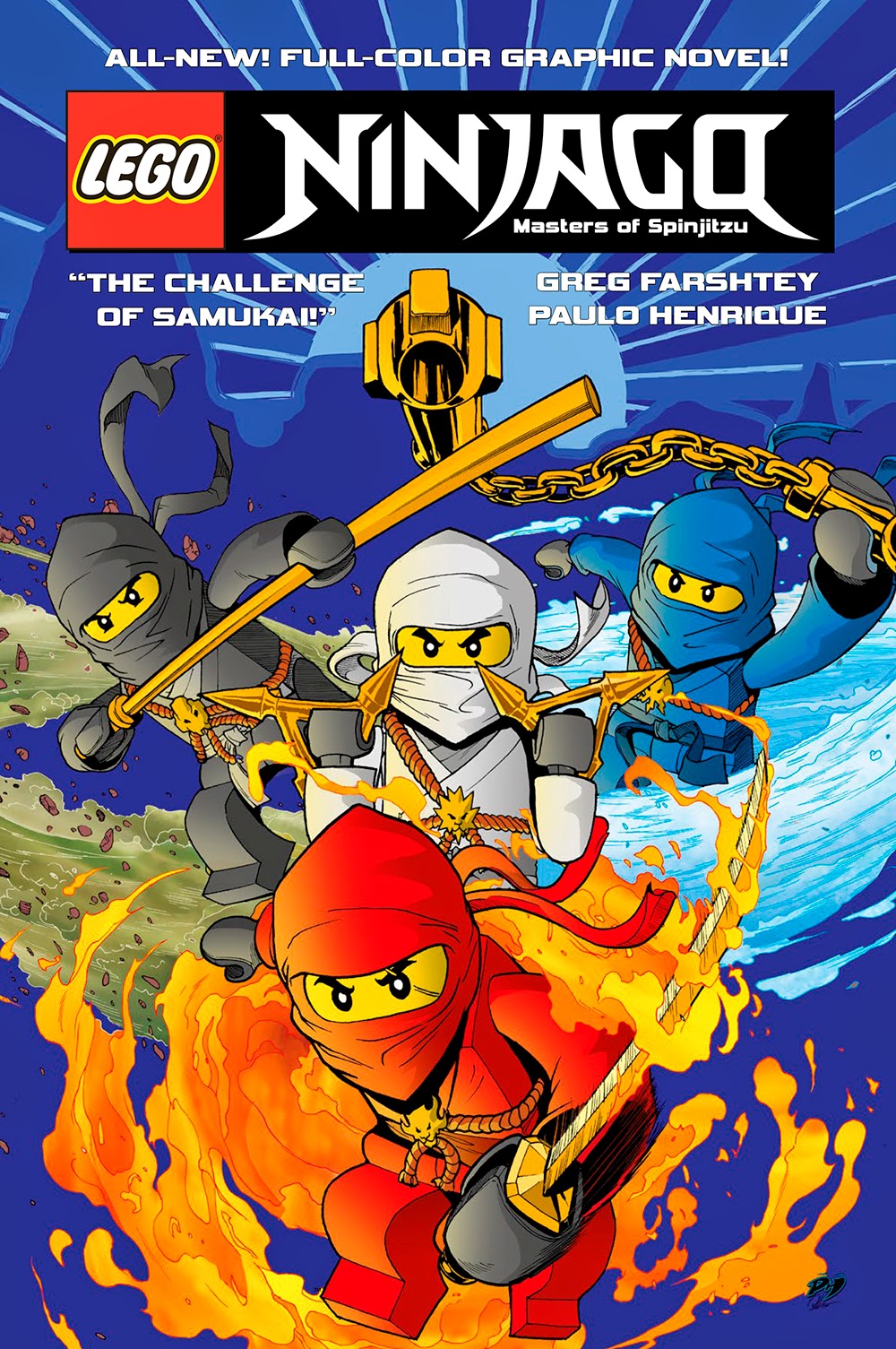 Plot:
The “Masters of Spinjitsu” come to Papercutz in their first graphic novel appearance written by Greg Farshtey, the hit force behind the LEGO BIONICLE series. Under the tutelage of their master Sensei Wu, the “chosen four” ninjas Kai, Jay, Cole, and Zane must learn to use their elemental powers of fire, ice, lightning and earth. Their mission: defeat Sensei Wu’s evil brother Garmadon and his army of skeleton warriors before they can take over the world!

LEGO Ninjago #1 was pretty good overall, but the author should have put a little more action packed weapons and some more arms on Garmadon. I would have also liked a little more internal brain talking and pictures to back it up.

One of my favorite parts was when a four-arm skeleton was trying to attack but he actually retreated, cause he is a little scardy cat. This part made me laugh because he thought he could do it, but it was actually karma that got him.

The artwork in the story was great! I really liked how the four-arm skeleton was drawn and the ninjas. The illustrations from beginning to end was crazy good! It took my breath away.

It was a really good book that I recommend for kids of all ages, the girls should give it a try as well. There was a good opening hook and kept me turning the pages until the end. I didn't want it to stop, I was like "oh, man!".

I give this book 4 out of 5 ninja Sheep
Logan