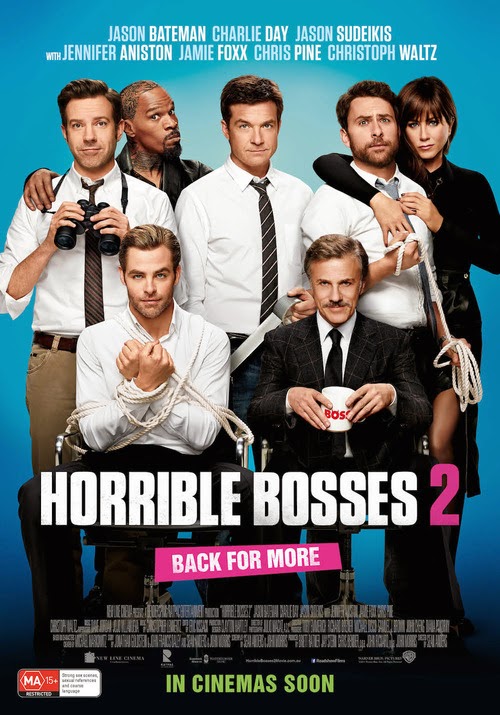 I really enjoyed the first Horrible Bosses. Sure, it's juvenile and insane most of the time but that's why I loved it! Humor and fun, mixed with silly antics and all set to a neurotic beat. These guys are like a modern day three stooges! The second installment wasn't as witty as the original, but it was a fun enough comedy to kick back and relax to.

Sometimes you want to be silly and just enjoy a slightly darker adult comedy. If you're in that kind of mood and love to laugh, then check this one out. All the old cast and characters are back and they bring some new faces to the comedy platform. Christoph Waltz, while not necessarily doing any comedy was still kind of funny. In a deadpan way. Chris Pine shows off his "love to hate you" comedy chops and brings the cast all the way around to the predictable ending.

I personally enjoy voices, not just the ones in my head, but the imitation kind. (Stefon from SNL comes to mind as a great example.) These dudes had me busting up with the cowboy and old-time miner twangs.

Make sure to stick around and watch the outtakes, it's hard to imagine how this film was even made! They crack not only each other up but themselves in almost every take. You'd have to be a very patient director to put up with these colorful guys!