Book Review: The Darkest Touch (Lords of the Underworld Book 12) by Gena Showalter 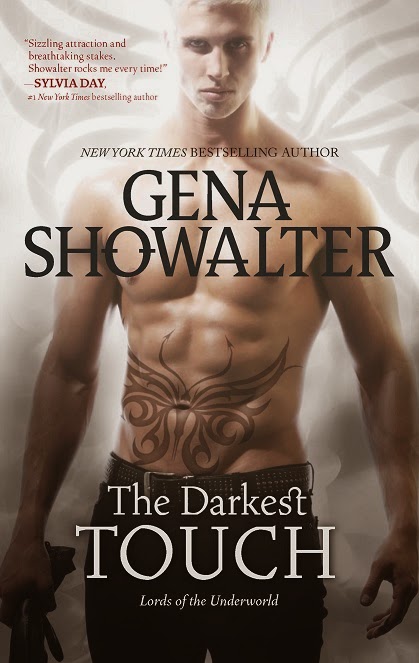 Plot:
Fierce immortal warrior. Host to the demon of Disease. Torin's every touch causes sickness and death—and a worldwide plague. Carnal pleasure is utterly forbidden, and though he has always overcome temptation with an iron will, his control is about to shatter.

She is Keeleycael. The Red Queen. When the powerful beauty with shocking vulnerabilities escapes from a centuries-long imprisonment, the desire that simmers between her and Torin is scorching. His touch could mean her end, but resisting her is the hardest battle he's ever fought—and the only battle he fears he can't win.

It's crazy how, sometimes, a book and actually a series in general, can end up meaning so much to you. How characters both complex and diverse can haunt the coroners of your mind. That these immensely entertaining immortals can be real in your heart. I have loved and enjoyed each and every edition to this ongoing saga. It's become something I crave reading. Again and again.

Here we are, book 12, and so much has happened to these guys and gals it's hard to sum it all up! So I won't. New readers should start at book 1 and follow the journey to where we diehard readers are now. It's worth it. Trust me.

Torin's story has been highly anticipated for quiet some time now. Did I know how badass of a warrior he was before this? NO, hell no. Do I know it now? You're damn skippy I do! He's got the skills to kill some fools like dead and drop a beating heart at your feet just for funzies. He's fan yourself hot. He's deadly. And he's all male. LOVED it.

My only big let down was his wishy-washy personality when it came to love and being in any kind of a relationship. Yeah, yeah, he's the carrier of disease. I get it. But he kept doing the I love you/I have to push you away for your own good, just a few too many times. Stick to a decision already!!!!

On the other end of the spectrum is The Red Queen. I swear, she's my new book BFF. This chick is amazingly funny and so sweet, she just needed a chance to show it. Though she is super powerful, I disliked that many people could combat that power with a trump card. Let her be badass! Cause she was. Aside from that, I loved her and I loved the romance plus the die hard dedication she has for those she holds dear.

More amazing side characters then you can shake a giants stick at. Tons of adventure and signature action-packed sequences keep the whole story moving at a wonderfully paced tempo.

If you love PNR and can't wait to get balls deep in some steamy romance, then check this one out!

Excerpt
She appeared in front of him, displaying more tanned skin than she concealed, her hair falling around her face in lush, golden waves. Her eyes glittered with remnants of her anger. Her lips were slightly swollen and pinker than usual.

“Temper much?” she quipped.

His relief was palpable. She hadn’t forgotten him! But the relief was quickly replaced by concern. “Are you all right? Did someone hit you?”

She blinked with confusion. “No. Why?” “Your lips are swollen.”

She rubbed them, color heating her cheeks. “Someone didn’t hit me, but someone sure did hit on me.”

Hit on her. As in kissed her.

He forgot everything he’d planned to do and say and got in Keeley’s face, snarling, “Who was it?”

Her eyes widened. “Hades. Why?”

“You dare ask why? You belong to me! We agreed. You do not kiss other men, Keeley. Ever. Have you for- gotten my rules?”

Her jaw dropped, and she gasped out a few unintelligible words as if she couldn’t quite figure out what to say to him.

He stood in place, breathing too quickly, too heavily, his throat and lungs burning. He reached for her, but as so many times before, fisted his hands and dropped them just before contact. This is crazy. I’m crazy. I have to leave.

“Are you…thinking about touching me?” she asked, her eyes widening again.

No, she had to leave. He could not be in public right now. “Go shopping. Buy yourself something pretty. My treat.” He basically tossed his credit card at her. He should be calm by the time she finished. “Come back in an hour. Maybe two. Actually, we’ll reconvene to- morrow.”

“You are,” she said. “You’re thinking… Even craving me. You don’t like the thought of another man’s hands on me, and you want to replace the memory with your hands.”

That. Yes. Hades would die, and Torin…Torin would touch this woman and never stop.

He gnashed his molars. “Last chance, Keeley. I sug- gest you take it and leave.” Soon. His control was almost completely shredded.

“No way. You’re the big bad warrior, yet I’ve had to come on to you time and time again. I’ve had to battle within myself—worth the price or not worth it. Well, it’s your turn.”

“There is no damn way you just suggested I haven’t done the same. I’ve battled.”

“When have you ever caved without prompting from me? You’ve resisted me so easily, always walking away. Sure, you’ve snarled while you’ve done the walking, but still you left me behind. So, tell me. When did you ever—”

“So easily?” he roared. Had she just said so easily? She had no clue about the intensity of his need—but he would teach her better.

Torin cupped her by the nape, yanked her close and smashed his mouth against hers. The kiss was a brutal assault meant to silence her, to dominate and possess. He held her still, making her take it, take everything. But the moment she softened against him, welcomed him inside her mouth, the darkness churning inside him switched gears. From the need to punish and master to the need to seduce and please.

This was Keeley. His princess. She deserved his best. He gentled the pressure, rolling his tongue inside her mouth, learning her all over again, tasting her. Summer berries and melted honey. So sweet. And mine. All mine. He framed her cheeks, angled her head and rolled his tongue just a little deeper. This time, she met him with a roll of her own.

That was his undoing. 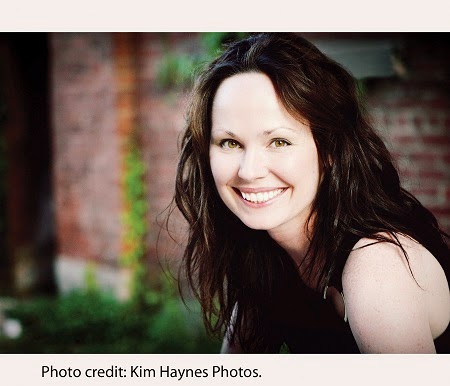 website-FB-twitter-GoodReads
Gena Showalter is a New York Times and USA TODAY bestselling author whose books have appeared in Cosmopolitan and Seventeen magazines, as well as Entertainment Weekly. Her novel Red Handed has been optioned by Sony Television. Critics have called her books “sizzling page-turners” and “utterly spellbinding stories,” while Showalter herself has been called “a star on the rise.” Her mix of humor, danger and wickedly hot sex provides wildly sensual page-turners sure to enthrall.