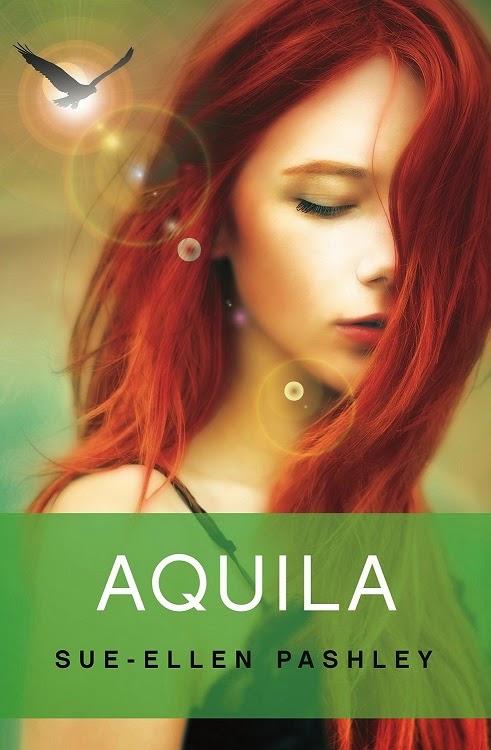 True love can take you higher than you ever dreamed.Eighteen-year-old Nick Larcombe is a self-confessed non-romantic.

Until he lays eyes on Grace Carr, who has just moved to Bruny Island with her grandmother, Lillie.Already bruised and battered by life, Grace isn't looking for any sort of relationship, but when Nick, the mysterious boy next door, somehow rescues her from sure death at the bottom of a windswept cliff, Grace needs answers.

But how can Nick give her the answers she needs when he's been sworn to secrecy, ordered to keep his true nature hidden from the girl he's fallen hard for? And what will his community do when they discover he's fallen in love with a human? Intensely romantic, Aquila is a story of sacrifice and passion, and how true love can make you soar.

Not "Twilight" but a little "Titanic"

Every now and then you need a true fairy tale to sooth the restless beast inside. This story fills that need in a very simplistic way.

Nick is a "changer" (which I assume is the first cousin to a shifter) that meets his new neighbor and realizes just what "love at first sight" really means. He has spent most of his young years mourning the loss of his mother and not looking for a relationship with any of the "interested" girls in his life...until he sees Grace! A beautiful redhead that has a secret of her own. A caustic past relationship has left her scarred and reluctant to allow anyone close to her again.

This story is written in alternating "first person" which allows the reader easy insight into thoughts and feelings of both main characters. I loved the easy flow of the story and the simplicity of having fewer "supes" to wrap my mind around. Nice entry story for the first time Urban Fantasy reader. It speaks to the "butterflies" of new love with bits of tension and heartbreak thrown in for good measure.

What can't be missed is the "moral" of the story...judgement of something or someone different than you may have catastrophic consequences. I am sure any family could relate to this story on some level.

As a fairly seasoned paranormal reader I still found this book pulling at me to turn the page and root for the relationship of Nick and Grace! Although a safe and simple story the writing style flows well and is very compelling. A very good read!

Sue-Ellen has always been a storyteller (just ask her older brother!) and a devourer of books from the time she understood what they actually were. From the excitement of winning a prize at the age of 8 for two poems – the fat kid and knitting needles (masterpieces that deserved the literary merit!) to actually having an editor say that she loved her book, writing has always been a bit of an obsession.

She is the first to admit that she is an absolutely fantastic starter and not such a great finisher, so she was just a little suprised when she set herself the task of finishing a manuscript in 2008 and actually did it. Not that it didn’t need tweaking. And there was lots of this happening when she was chosen to take part in “Mentoring the Muse” in 2009. She has found it a wonderful, mind-blowing, inspiring learning curve since that time and has been able to finish another seven manuscripts for young adults as well as four children’s books and two books for older primary age children (who would have thought!).

Sue-Ellen lives in a little community just outside Gladstone in Qld with her 3 beautiful children, who are an endless source of enthusiasm for what she’s doing, and her supportive, very patient husband (who gets very few opportunities to get on the computer!). She’s kept busy in her actual paid job as a social worker and in her unpaid role as taxi driver to her kids’ social events, school and part time jobs. Apart from the human contingent, Sue-Ellen also shares her home with 2 dogs (who think they’re human), 2 snakes (who actually have personalities!), a turtle, a blue tongue lizard and too many fish to count. And somewhere in there, she tries to find the time to write…
Sharon Stogner at 12:30 AM
Share