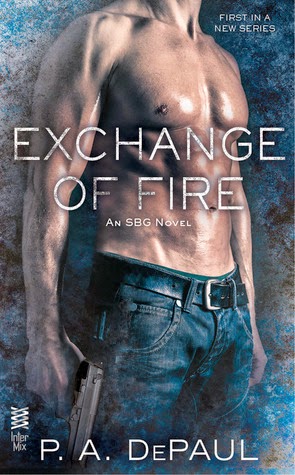 Published August 19th 2014
by Penguin InterMix
Faking her death was easy, living with her past is harder, but nothing is more dangerous than falling in love…

Sandra Walsh was a deadly sniper for the Sweet Briar Group, a covert agency with assassins for hire, until her last mission went horribly wrong, accidentally killing an innocent girl. Knowing she’s a danger to her team, Sandra goes off the grid, becoming a Shade—an agent declared dead but secretly hiding among the living. She intends to honor her vow never to pull another trigger or have contact with the spy world again. Until she meets Casper Grady…

Grady is a former Marine with a troubled past and a debt to pay. His life mission has gone from protecting the nation to helping local children and their families. The moment he meets Sandra, he knows there’s more to her than meets the eye, but he can’t help but be drawn to the mysterious femme fatale. And when Sandra’s past suddenly catches up to her, Grady is determined to protect her at all costs, no matter how dark and dangerous her secrets are.

As the danger increases, so does their intense attraction. But when they’re forced to choose between each other and the people they’ve sworn to protect, their growing love might not be enough to keep them together—or alive.

After a mission goes horribly wrong, sniper Sandra Walsh fakes her death and leaves her team behind for a life on the run, vowing never to pick up another gun again. Never staying in one place too long to be discovered, Sandra doesn’t plan on ever forming attachments until she meets former Marine Casper Grady.
Like Sandra, Grady has a past he’d rather not think about and a vow of his own. His instincts tell him Sandra is in trouble and when her past comes back to haunt her, it throws his carefully laid plans into chaos and sends him running alongside her.
Exchange of Fire has a strong start to it, opening up in the middle of a mission to stop a sex slave ring. Readers get to experience the moment things go horribly wrong right along with Sandra, who at that time was known only as “Wraith.” That moment set the tone for the entire book. The overwhelming guilt that she felt gave her a solid foundation to become a multi-dimensional character.
Unfortunately for me, I expected far more than what I got from her. Sandra was too emotional for a bada** sniper. She let her emotions get the best of her in the worst way and she got on my nerves with how she couldn’t put her personal problems on the back burner until she was out of danger. Her attraction to Grady made her weak in a way that did nothing to push the story forward in an interesting way. Aside from the beginning of the book, I saw NO signs of Sandra being a capable female. There wasn’t even an echo of who she used to be. While she was an okay character, she paled in comparison to my expectations. I expected a female who was tormented by guilt but who had an inner strength to do what she had to to survive. Instead I got a kitten that needed others to save her in almost every way imaginable, who didn’t think before she acted and who was willing to throw her old team out into the open for a man she didn’t know very well. She’s supposed to be this well trained, top of the class sniper yet she acted like no more than your average whimpering female who wanted to be saved.
Grady wasn’t all that better either. For a former Marine, he was surprisingly bland and normal. No telltale signs that he was a bada** either. There were moments that I thought he was going to break out and go lethal on the enemy but Sandra’s team would always get there and save the day! Grady, in my opinion did what an ordinary man would have done in the situations he was thrown into, instead of his military skills kicking in and giving the enemy a real fight. He definitely paled in comparison to the men on Sandra’s team and that just didn’t sit well with me.
That said, Exchange of Fire wasn’t a bad book. The plot rocked. Author P.A. DePaul can definitely put together a high stakes, fast paced, edge of your seat story. If you take out Sandra and Grady’s relationship, or lack thereof and focus on the team, the action, suspense and general mayhem of Sandra’s being discovered, it’s one hell of a story! From what I got to know of Sandra’s former team, they’re pretty interesting and mysterious since none of them use their given names, just code names. I just hope they live up to the hype that was created in this book.
I want to know more about this team and I want to know about the Sweet Briar Group enough to pick up the next book in the series.
Sheep Rating: 3 ½ sheep 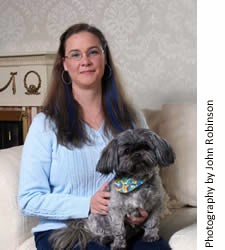 About the Author:
website-FB-twitter
I'm a multi-genre romance author including paranormal fantasy and romantic suspense.

I originally hail from Carroll and Baltimore County, Maryland, but also lived in Macon and Warner Robins, Georgia. I currently reside in a beautiful community just outside Philadelphia.

When my head is not completely absorbed with listening to very demanding characters, I can be found with my nose in a book—not only enjoying the story but studying what makes the novel work. I love action-adventure movies (if it blows up spectacularly, I'm there) and watching way too much TV. (Can everybody say “Procrastination?” To which I usually reply, “But it’s research!” Yeah, they don’t believe me either.). More times than not, my husband and Shi Tzu stand outside my closed office door wondering, “Is she still alive? Do we dare bother her? What if she’s on a roll?” Monty usually answers by scratching on the wood anyway. Gotta love a dog who doesn’t care about boundaries! Good thing he’s so cute!
Sharon Stogner at 3:29 AM
Share