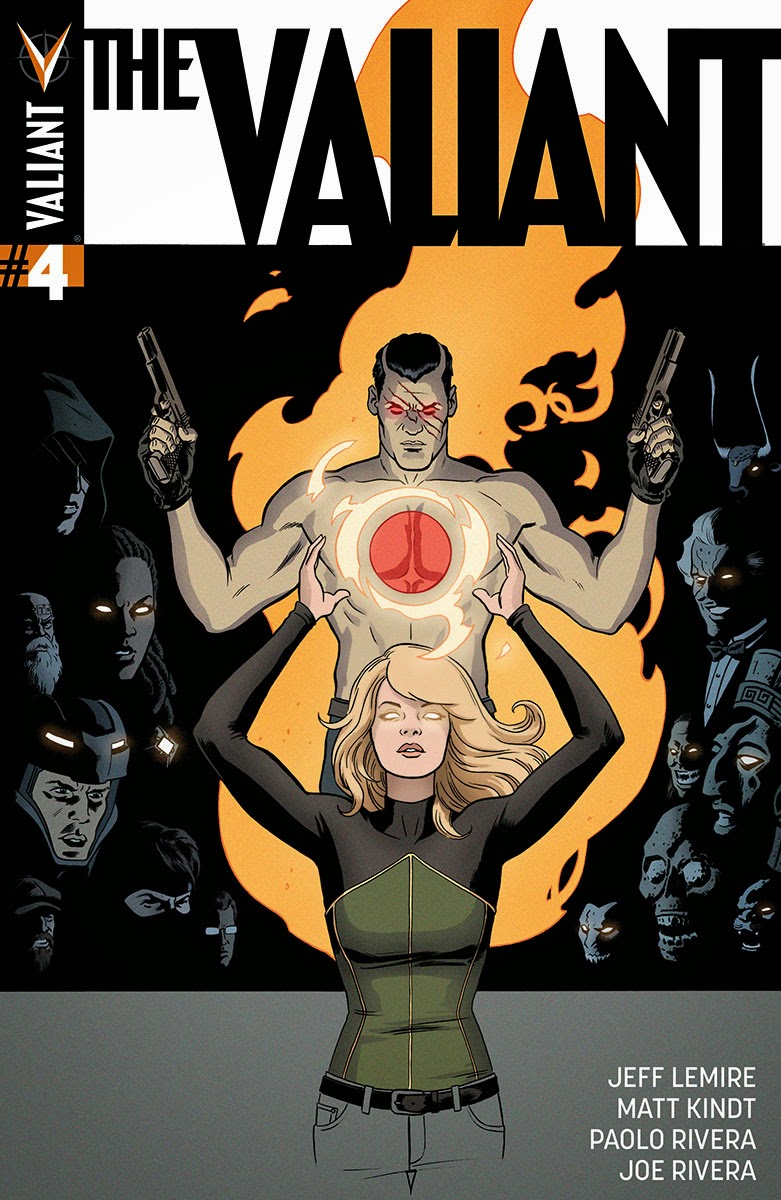 THE VALIANT #4 (of 4) [VALIANT NEXT]
Written by JEFF LEMIRE & MATT KINDT
Art and Cover by PAOLO RIVERA
Interlocking Variant Cover by JEFF LEMIRE & MATT KINDT
Variant Cover by FRANCESCO FRANCAVILLA $3.99 | 32 pgs. | T+ | VALIANT PRESTIGE | On sale MARCH 25
The darkness is now! The heroes of the Valiant Universe make their triumphant last stand at the end of all things as superstar creators Jeff Lemire, Matt Kindt, and Paolo Rivera bring their magnum opus to its gut-wrenching conclusion!

The Immortal Enemy has all but won and only Bloodshot and Geomancer are left to stand against his darkness. Are they willing to save humanity if it means losing their own – and each other? 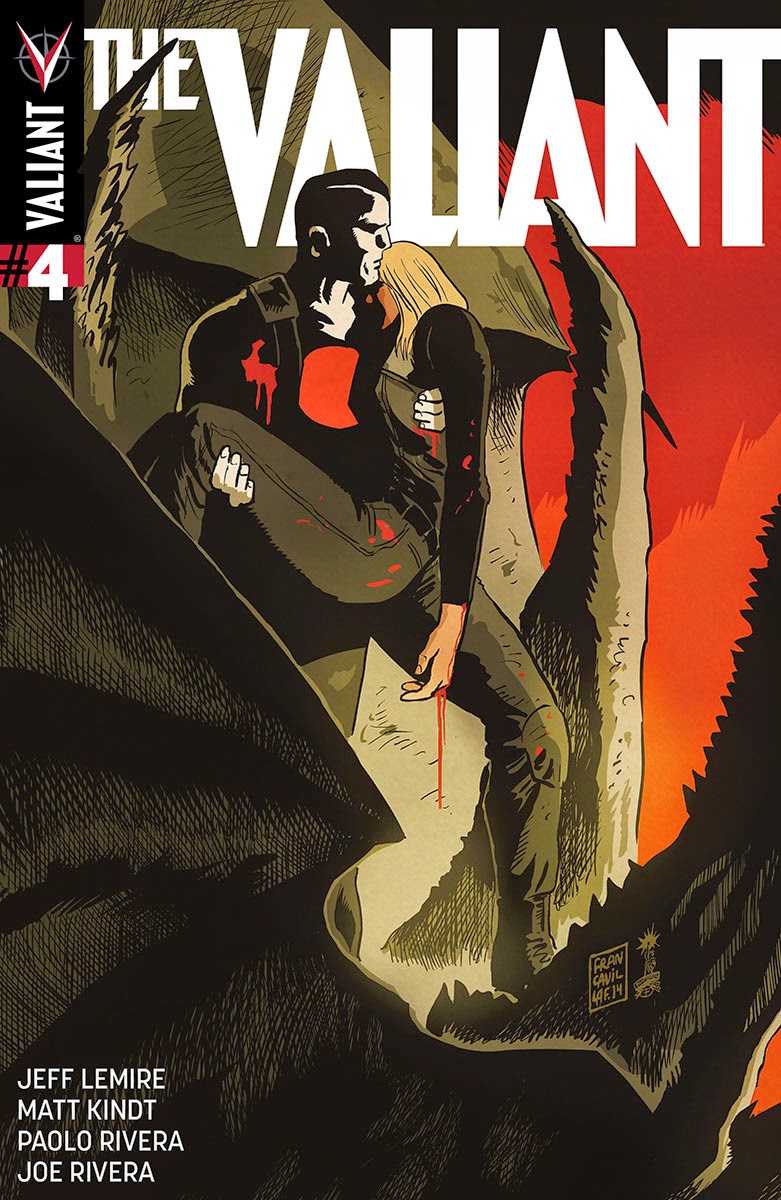 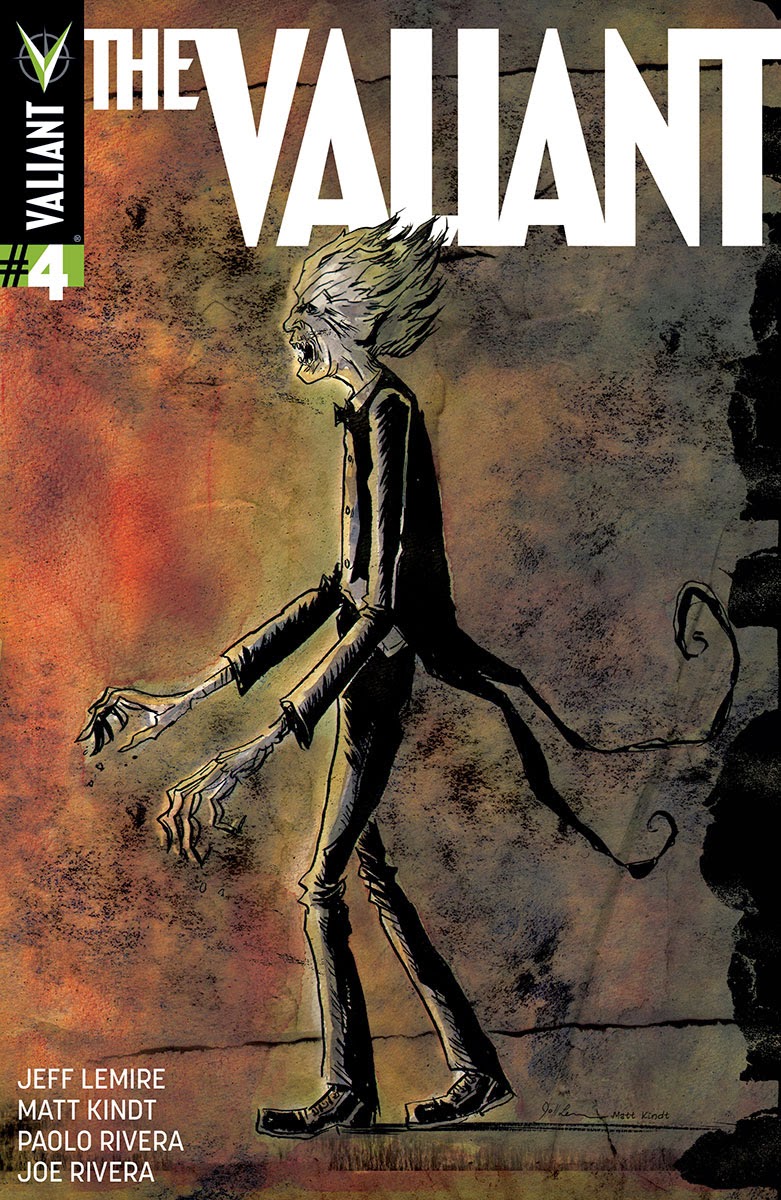 I don't hide my Valiant Comic hard-on. I'm relatively new to the Valiant Universe so I was thrilled when they came out with the Valiant Next series. Character mash-ups galore! The Valiant is a four issue series that brings together some of Valiant's most popular characters. Namely the Geomancer, Bloodshot (swoon), the Eternal Warrior and new-comber Ninjak (swoon).

Issue #4 is the conclusion of war between the Eternal Darkness and our heroes. Wow, didn't see that ending coming. Can't give any details or it will be spoiled. There is suspense and even a little humor. I loved when Mr. Flay (Eternal Darkness) refers to Bloodshot as Kay's little action figure. The humor is Valiant just released a Bloodshot MiniMate toy <G>. Below is a picture of my own personal one :) Seriously, how could I not?!
As always with Valiant comics the artwork is superb and bold complimenting the writing seamlessly. I was caught up in the suspense and taken by surprise at the ending. This series is also the jumping off point for Bloodshot Reborn, which you know I'll be checking out. 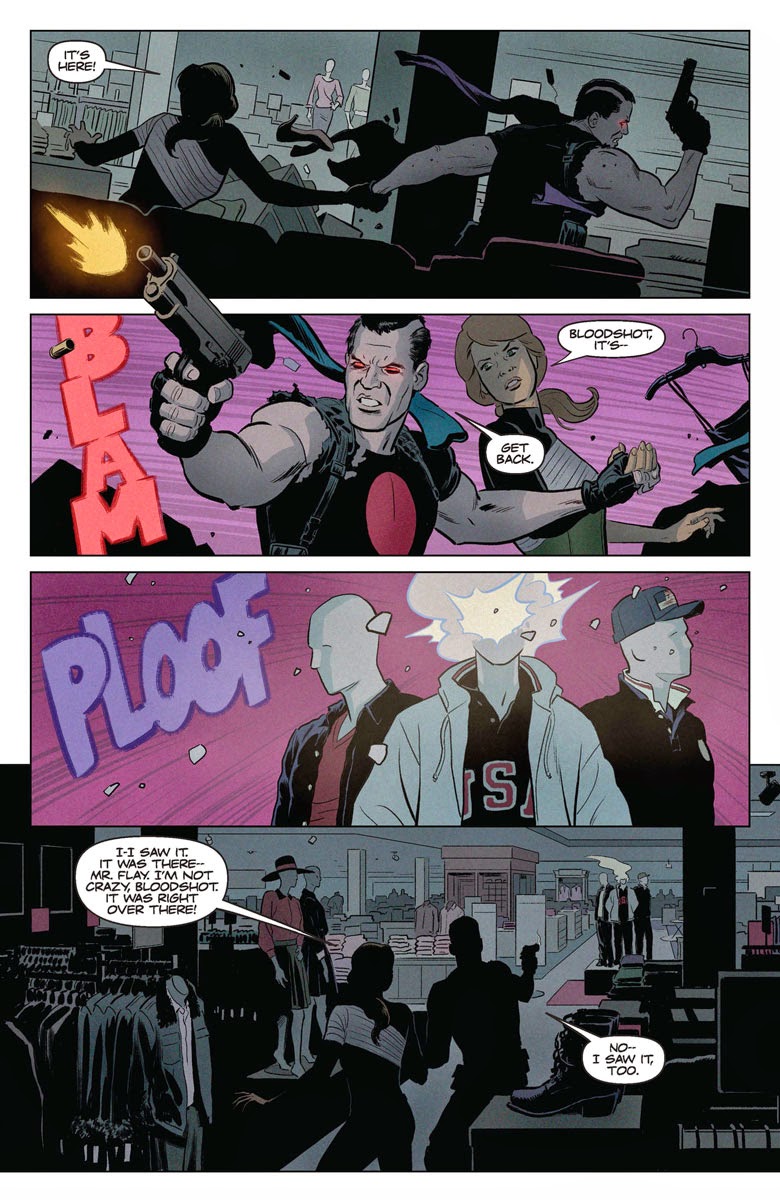 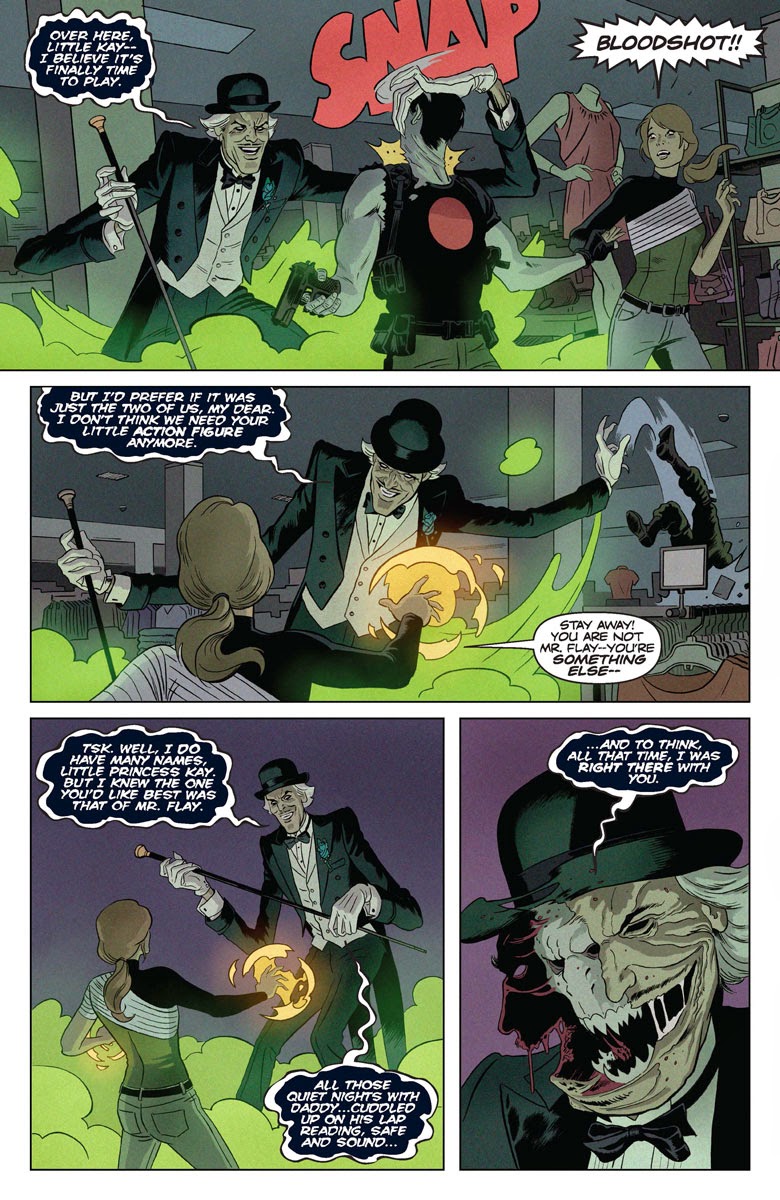 If you are one of those readers who don't like to wait for the next issue, now is the time to grab all four!

ComiXology is a great place to find them (you can also find free comic books to check out too)
https://www.comixology.com/search?search=Valiant+Comics

Valiant is a leading character-based entertainment company with a library of over 1,500 characters, including X-O Manowar, Bloodshot, Shadowman, Eternal Warrior, and many more. Established in 1989, Valiant has sold over 80 million comic books, and today its characters continue to be forged in publishing, licensing, film, video games, and beyond.