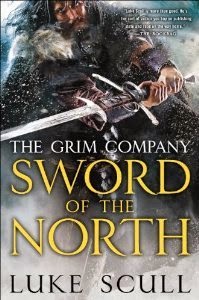 
In The Grim Company, Luke Scull introduced a formidable and forbidding band of anti-heroes battling against ruthless Magelords and monstrous terrors. The adventure continues as the company—now broken—face new dangers on personal quests….

As Davarus Cole and his former companions were quick to discover, the White Lady’s victorious liberation of Dorminia has not resulted in the freedom they once imagined. Anyone perceived as a threat has been seized and imprisoned—or exiled to darker regions—leaving the White Lady’s rule unchallenged and absolute. But the White Lady would be wiser not to spurn her former supporters: Eremul the Halfmage has learned of a race of immortals known as the Fade, and if he cannot convince the White Lady of their existence, all of humanity will be in danger.

Far to the north, Brodar Kayne and Jerek the Wolf continue their odyssey to the High Fangs only to find themselves caught in a war between a demon horde and their enemy of old, the Shaman. And in the wondrous city of Thelassa, Sasha must overcome demons of her own. 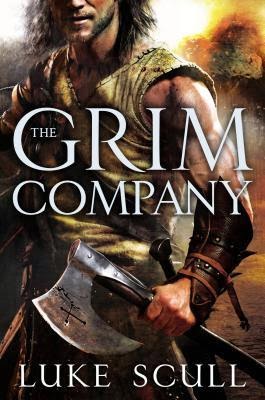 The Grim Company (Grim Company #1)
by Luke Scull
Hardcover, 400 pages
Published September 3rd 2013 by Roc
The Gods are dead. The Magelord Salazar and his magically enhanced troops, the Augmentors, crush any dissent they find in the minds of the populace. On the other side of the Broken Sea, the White Lady plots the liberation of Dorminia, with her spymistresses, the Pale Women. Demons and abominations plague the Highlands.

The world is desperately in need of heroes. But what they get instead are a ragtag band of old warriors, a crippled Halfmage, two orphans and an oddly capable manservant: the Grim Company. 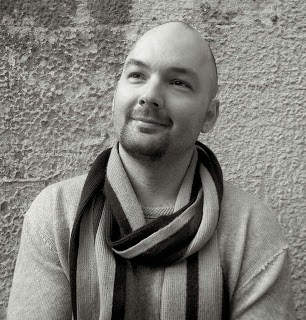 About the Author:
website-twitter
LUKE SCULL was born in Bristol and lives in Warminster with his wife. Luke also designs computer roleplaying games and has worked on several acclaimed titles for Ossian Studios and Bioware.

GIVEAWAY
one winner will get a print copy of Grim Company (Grim Company #1)
a Rafflecopter giveaway
Sharon Stogner at 12:30 AM
Share