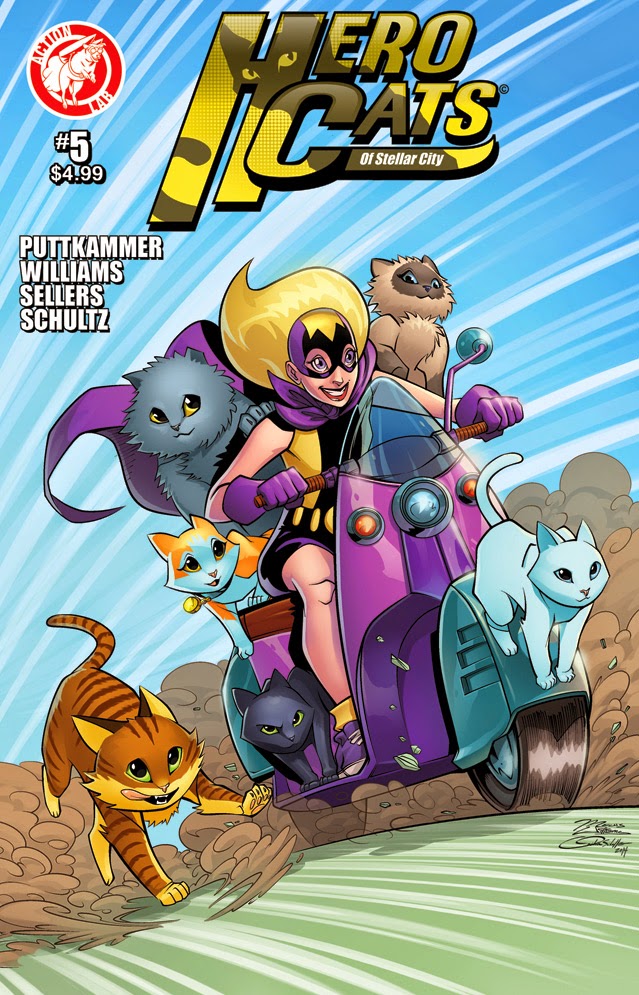 HERO CATS OF STELLAR CITY #5
Writer(s): Kyle Puttkammer
Artist Name(s): Marcus Williams
Cover Artist(s): Tracy Yardley (reg) Marcus Williams (var)
32 pgs./FC/ Teen $3.99 (reg.) $4.99 (var.)
Action Lab Entertainment
http://herocatscomic.com/
Everything has been building to this! Secrets are revealed as the masks come off. The Hero Cats must defend the home front as Galaxy Man unwittingly returns to his observatory with an infestation of space bugs. Cover by Tracy Yardley (Sonic the Hedgehog) with a variant cover by Marcus Williams, limited to 1,500 copies.

Once again readers are invited to join the six extraordinary cats on another adventure to save Stellar City and the people they love!
For this particular adventure, Cassiopeia is surprised to find out that her human family is hiding super powers of their own. Cassie’s fellow super cats are suspicious of their intentions and order Cassie to find out just what the humans up to. Her work is interrupted by an invasion of space bugs and the fight is on to protect their city!
I love how each cat has their individual personality, Cassie being the sweet, sometimes naïve one and Midnight being the more suspicious one. I’m still getting to know the rest of the gang but it’s no hardship since they’re all so dang cute!
The artwork is simple yet eye catching and the dialogue between characters is quick, witty and easy to follow even if this is your first adventure with these unique felines. The comic itself isn’t very long and can appeal to all ages but certainly cat lovers will enjoy picking their favorite feline. That is, if it’s possible to chose just one! 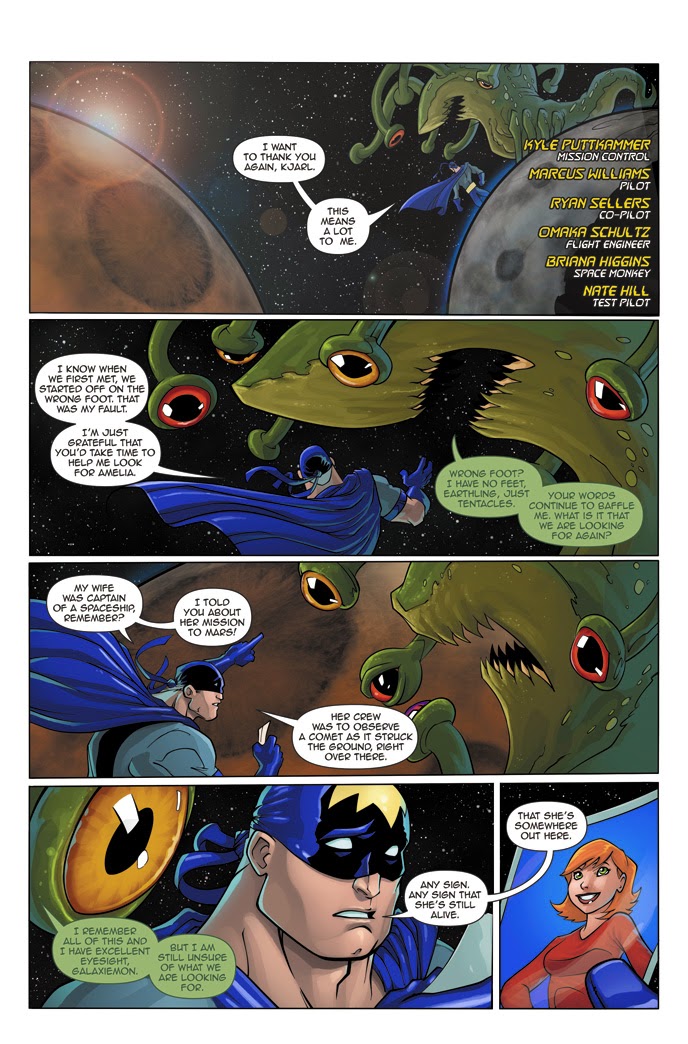 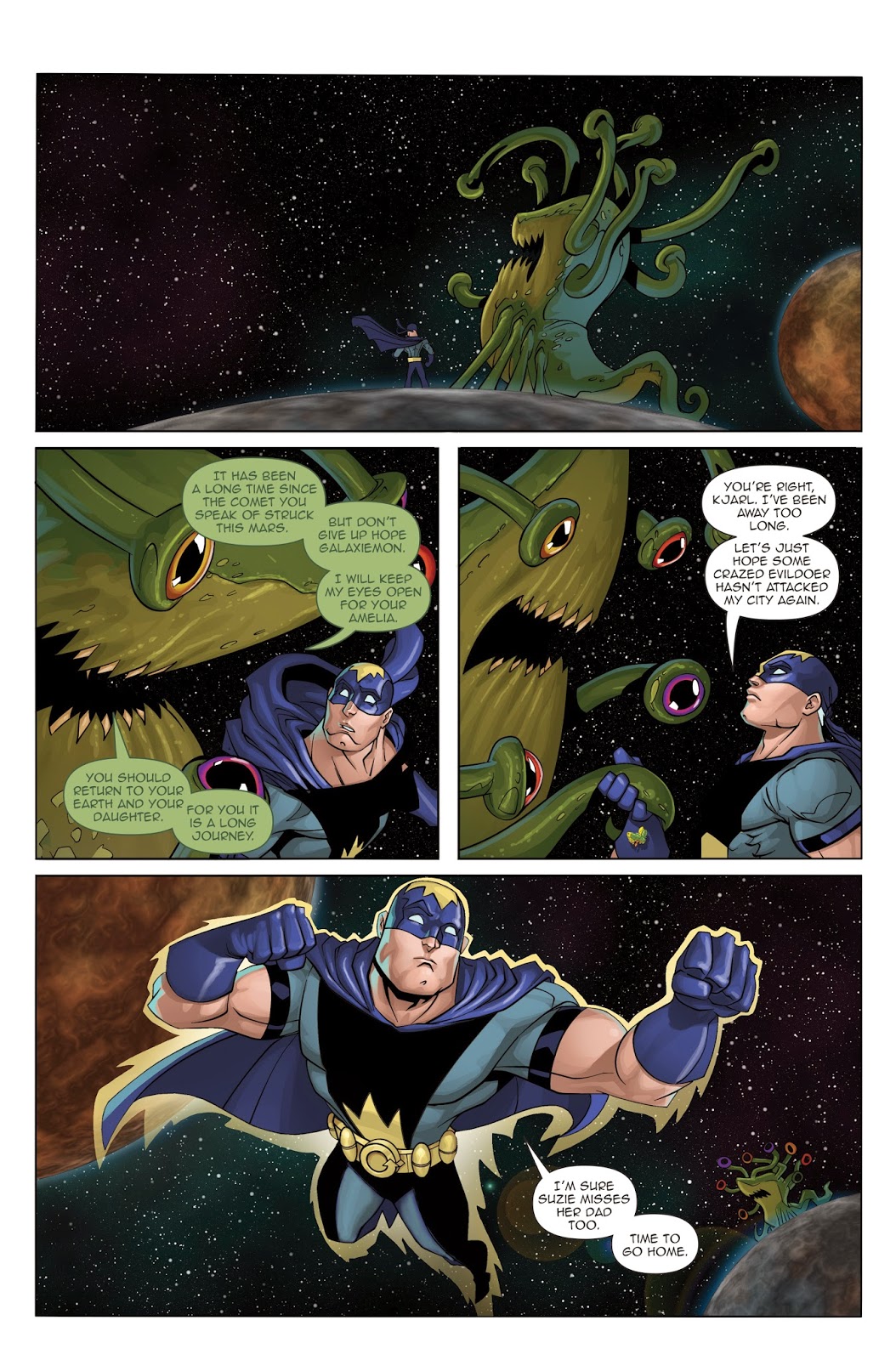 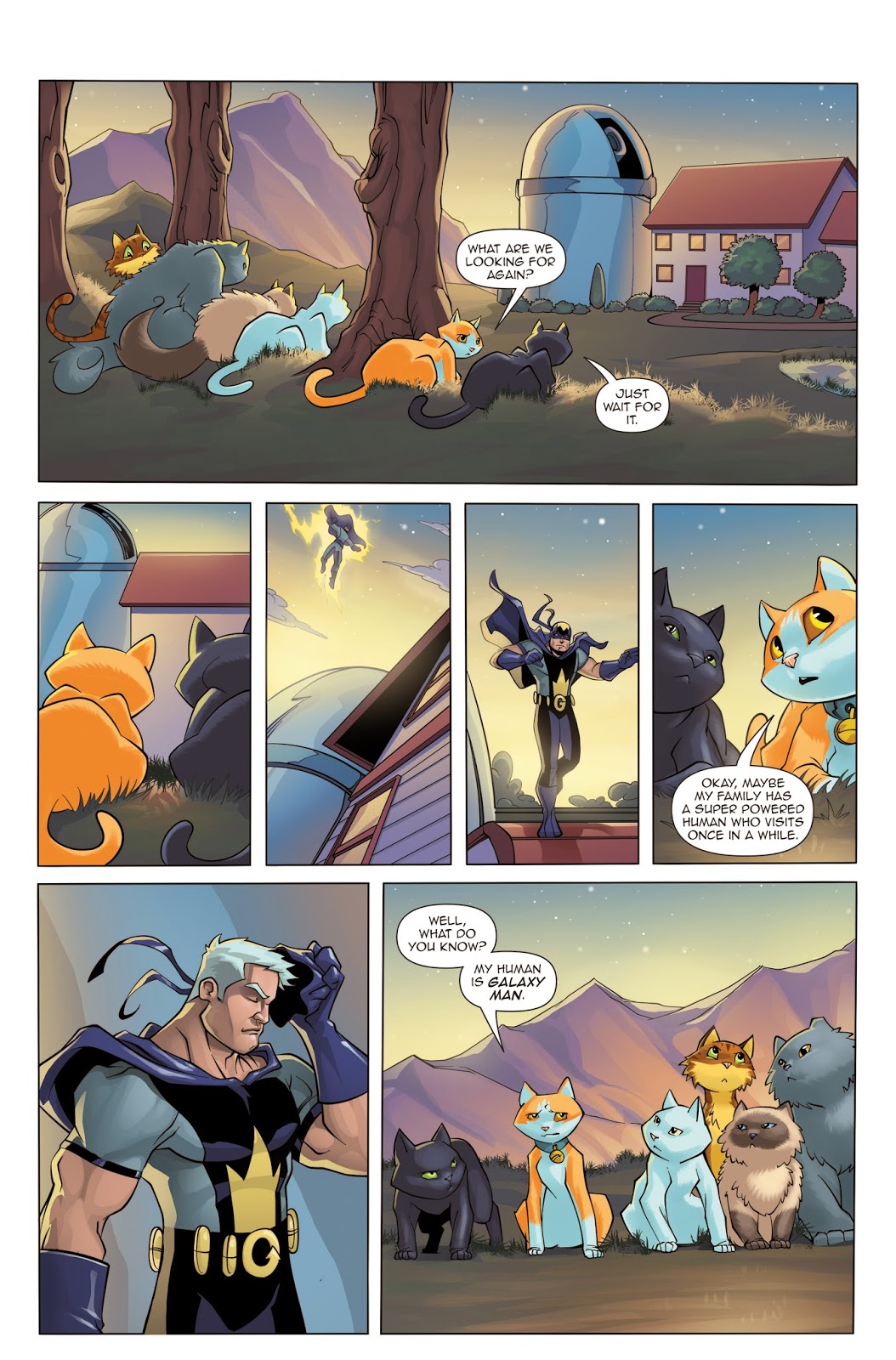 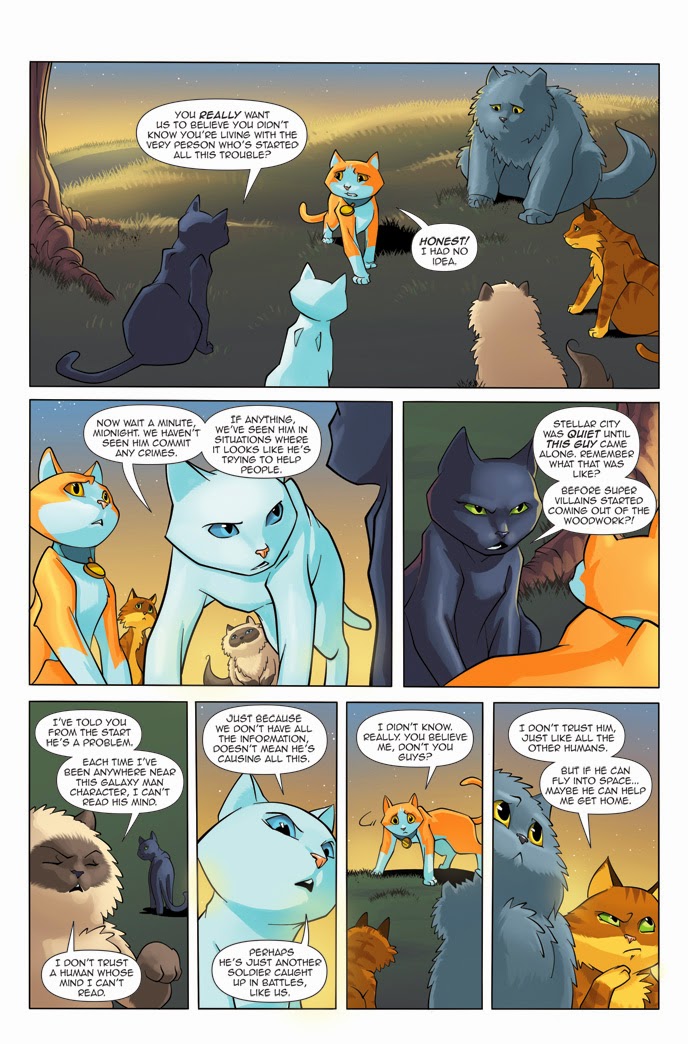 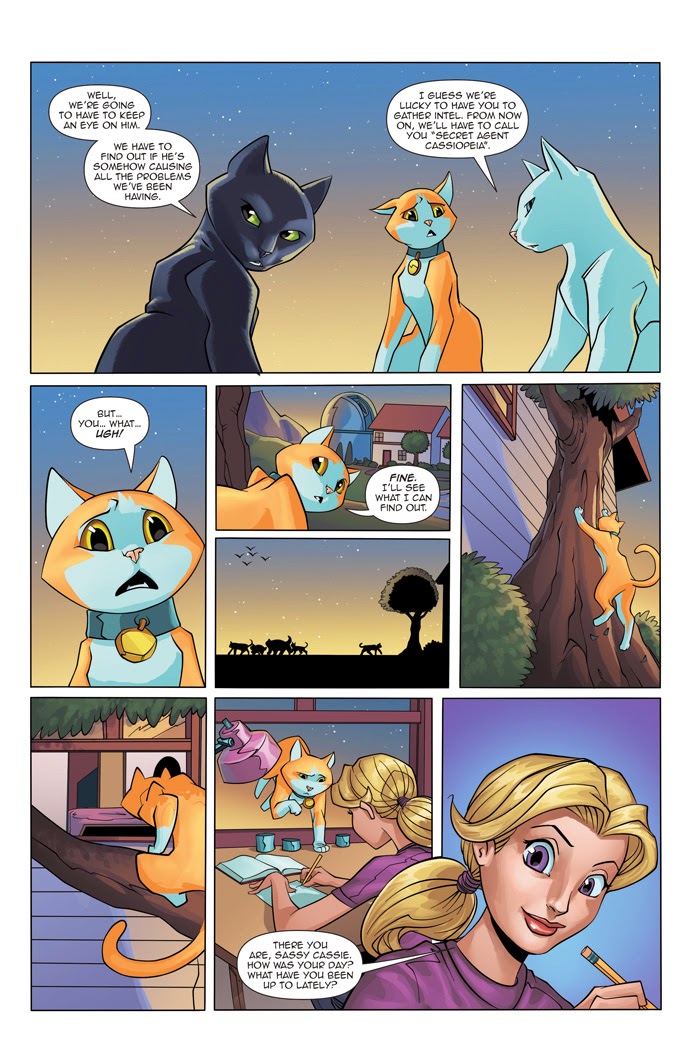 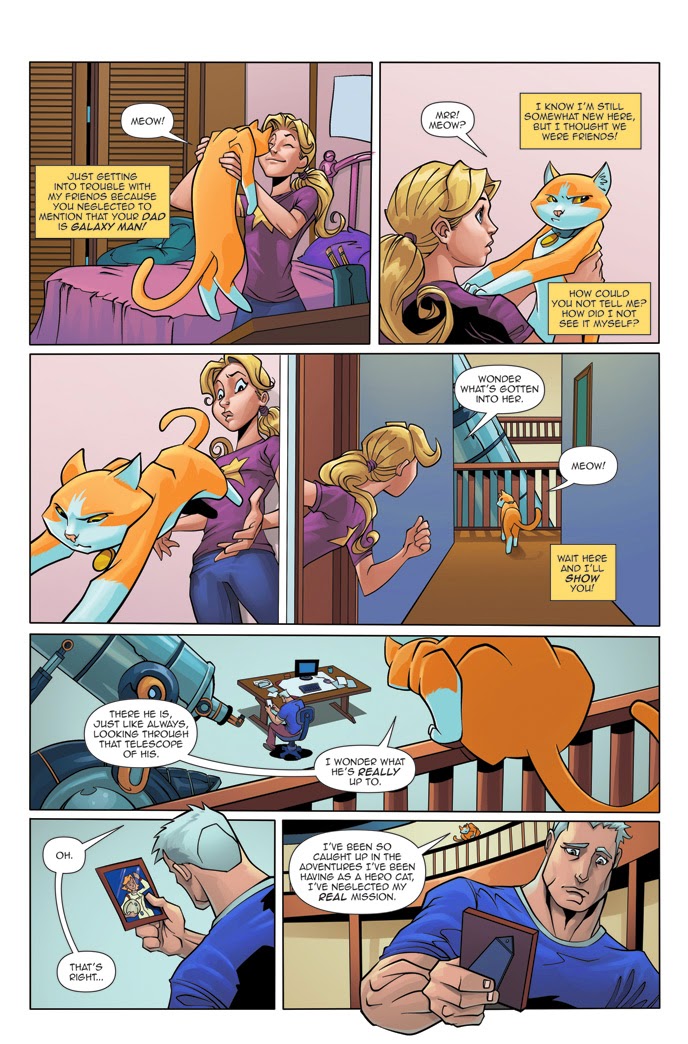 Whether you’re a cat person or not, you have to admit, having a comic book about superhero cats is pretty neat. At least I think so.