Ink Well with Amanda Clemmer: All About Story-Crafting 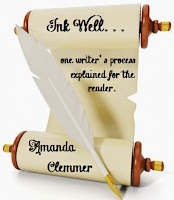 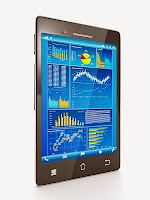 “According to the pacing chart, there should be a slight drop near the end of chapter 2, allowing for the future buildup…”

It’s a question I’ve been asked before, and it’s a question people are certainly going to ask in the future: how do you plan your stories? Some authors love intricate planning stages with outlines and possibly years of research before getting to the actual writing, and some like to make it up as they go. Most fall somewhere in the middle.

Me? I’m a mad scientist when it comes to writing and planning my novels. I love learning and applying new methods, but I just can’t seem to get caught up in a single routine! I wrote a vampire novella about ten years ago that involved planning down to the paragraphs before I wrote. It gave me a lot of confidence in my sense of direction and kept the story from falling flat… but it took out a lot of the excitement on my end of the spectrum. Later I wrote a fantasy novel that I drafted by hand, with the specific condition that I could not plan anything beyond the current handwritten page. The story was cliché in many areas, but the writing itself was lovely and expressive as anything. 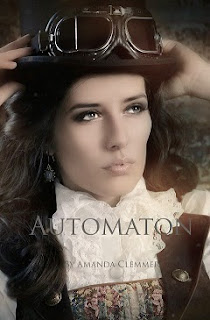 These days I’m a little more practical. I think about my books before I write them and decide how much planning I want to do. I usually want a sense of direction but plenty of wiggle room to let the novel build on itself. My recent release, Automaton, hinged on the single idea of a person being replaced by a machine who believed itself to be that person. The original idea was very different than the result. It was going to be sci-fi. A vital crew member on a starship would fall ill and leave the ship’s doctor with no choice but to rebuild him.

Then the questions came. Would it be better if the main character were a male or female? What species or race would he be? Was he going to be entirely robotic or just have some central organs replaced? And—most jarring of all—what if I switched genres? That’s something I’ve been doing a lot lately. Switching genres when planning a story to see what it would look like. Sometimes the results are weird and laughable, and sometimes they’re brilliant. 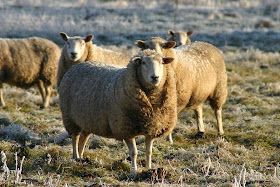 Or maybe they should all be sheep.

Steampunk was the first genre to come to mind. I’d never written anything Steampunk before, but my love for science fiction and historical fiction could make it work. Instead of a robot, I would have an automaton. The ray gun adopted as the main character embarks on her quest would be a clockwork and steam powered pistol, complete with gears. The setting would have Victorian elegance—with all the action of a space opera. My novel was turning into something different, something beautiful and unique—and I liked it.

My tips for story crafting are simple. Experiment. Don’t let yourself settle for good enough. And don’t be afraid to challenge what you’ve assumed this whole time—ewe never know when you’ll discover a goldmine! 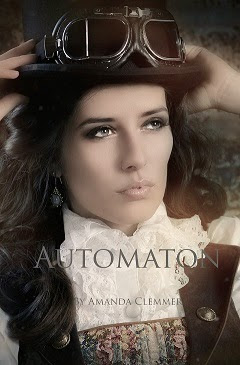 Automaton
by Amanda Clemmere
book, 107 pages
May 22nd 2015
Last Thursday I awoke to learn that I died almost a month ago. I was rebuilt from a highly experimental process of clockwork and cloning, and I don’t know why. One man knows my secret—my creator, the lead of the Leona Scientific Laboratory. He says knowledge isn’t free. I say that unless I know why I’m here, he’s the one who’s going to pay.

My friend Jack Beasley has offered his help. He has inside knowledge about the laboratory and the man who runs it. I think he also knows something about me that he isn’t sharing. There’s no one I can trust now. Not even myself. 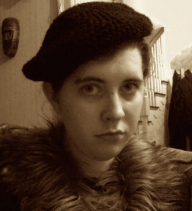 About the Author:
website-FB-twitter
Hello! I’m Amanda Clemmer, and writing lengthier fiction has been a passion of mine for most of my life. I graduated with a degree in English Literature and Writing from the University of Northwestern in St. Paul in 2012, and immediately afterward became a writer/contributor (and later managing editor) of Comicbooked.com.

After getting engaged in 2013 and moving halfway across the country, I decided to take my fiction writing more seriously. I left my position at Comic Booked to focus on my more immediate projects and wedding planning. In that time I realized that I had several different fiction projects that I was working on, but I needed to find ways to motivate myself to finish them, edit them, and make them shine!
Sharon Stogner at 12:30 AM
Share