Interview: Dianne Duvall (A Sorceress of His Own book tour) + giveaway

Hello Dianne! This is your first time visiting I Smell Sheep... *shoves moonpie and Kool-Aid into Dianne’s hands* Go ahead, drink it *cue evil laugh* everyone drinks it…eventually.
Dianne: Thanks! I would’ve swung by much sooner if I’d known you’d give me goodies.

Sharon: You say on your website that A Sorceress of His Own was the inspiration for your Immortal Guardians series. Why have you waited so long to publish this story?
Dianne: When I began my writing career, I wanted to go the traditional publishing route. Publishers were leery of historical romances that contained paranormal elements when I started shopping A Sorceress of His Own. I loved the story, though, and didn’t want to compromise it by removing that element, so I decided with much reluctance to set it aside for the time being. But the characters and ideas in it wouldn’t leave me and led me to begin my Immortal Guardians series. I’ve been writing that one nonstop ever since I signed my first contract. However, so many readers have contacted me, wanting to know when A Sorceress of His Own would be released, that I very happily returned to it and decided to take the step of self-publishing it. And I’m so glad that I did.
Sharon: What a cool “gift” to be able to give to your fans!
Dianne: Ba-dum-bum. :) The fans have been so very supportive. I appreciate them so much and love chatting with them online. I can’t wait to hear what they think of the new series!

Sharon: Tell us about a “first” for you… (First movie, first rejection, first time you ate…., you get the idea <G>)
Dianne: How about a first review? I recently saw another author mention release week being both exciting and nerve-wracking because she always manages to convince herself that readers are going to hate the book. Well, that’s pretty much how it goes for me, too. When I finish a manuscript, I love it and feel very excited, believing readers will enjoy it. Then I send ARCs out to reviewers, the waiting begins, and—the closer the release date gets—the more I begin to worry that readers won’t like it. So, as you may imagine, waiting for those first reviews to begin to trickle in can be difficult. It was even worse with my first book. This was it. My big chance. My first foray into the publishing industry. And I had no idea what to expect from reviewers.
Then my first ever review appeared in RT Book Reviews, a magazine I had always held in high esteem. I bought a copy from Barnes and Noble. (Okay, I admit it. I bought three.) Then, heart pounding, I raced out to my car, ducked inside, flipped frantically through the magazine until I found the review . . . and wow, you can’t imagine the excitement that filled me when I saw those four and a half stars. It was a dream come true. I’m pretty sure I smiled all night. And, the funny thing is, I still feel that same rush of excitement and happiness every time I read a new review and see that a reader has enjoyed one of my books. It truly is an amazing feeling.

Sharon: I don’t think I could take the suspense of waiting for reviews…do you have a special tradition or ritual you do while waiting for that first review for a new book?
Dianne: I do tend to eat a lot of junk food I shouldn’t whenever my nerves start jangling. :) 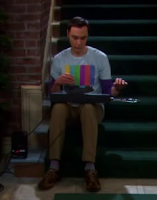 Sharon: What is the nerdiest/coolest thing you own
Dianne: A Theremin. If you don’t know what that is, it’s the coolest, craziest musical instrument I’ve ever encountered. It doesn’t look like much, just a box with two metal poles that look like antennae. But when you plug it in, turn it on, and wave your hands around in front of it, you get those deliciously corny sounds that provided the soundtrack of the old black and white science fiction movies from the 50s.
Sharon: Lol! Sheldon on The Big Bang Theory has one. That is the only reason I know what they are. So, can you play the Star Trek theme?
Dianne: LOL! No. I’ll have to try it, though, now that you’ve got me thinking about it.

Sharon: You have one of your favorite poems you wrote on your website, The Guardian. What inspired it?

Though time has passed, tonight I stand
at your grave, my grief an open wound
that begs for the healing touch of your hand
and absorbs the soothing light of the moon.
My toes sink into soft black earth,
give birth to roots that twist and turn
in graceful arcs as they venture forth
to embrace you. My veins burn
as water replaces blood. I close my eyes,
feel my fingers form leaves, my arms breed branches
that reach toward the heavens. I realize
my prayers have finally been granted.
Above you I stand guard: your lover, your shelter,
at peace. Once more, we are together.

Dianne: I took a poetry writing course in college, which incidentally helped me find my voice as a writer more than any other creative writing course I took. For this particular assignment, my professor wanted us each to write a “Shakespearean” sonnet with a modern rhyme scheme. It had to be fourteen lines and have a specific structure. But the subject of the poem was ours to choose. I’m not sure what first sparked the idea when I sat down to write it, but I found myself imagining a man who was so consumed by grief for his lover who had recently died that he transformed into a tree that would forever shelter her grave. Once that image struck, the poem came easily to me.
Sharon: Bam! Right in the Gothic feels with that one.
Dianne: I think I just naturally gravitate in that direction.  :)There seems to be a Gothic, paranormal, or fantasy element to just about everything I write.

Sharon: What goes on while working on a movie set that most of us wouldn’t know about?
Dianne: A lot of waiting. LOL. Scenes are usually shot from multiple angles. And every time the camera position is changed, all of the lights, tracking, etc. has to be changed, too, which can take quite a bit of time. I’ve edited more than one manuscript on the set of a movie while waiting for the crew to finish adjusting the lights or for the director and DP to finish blocking the shot with the actors. But something unexpected always seems to arise. Practical jokes to alleviate the boredom. Fire alarms going off when the special effects coordinator *cough* me *cough* gets a little too exuberant with the fog machines. I even edited Night Reigns, Immortal Guardians Book 2, on the set of a movie filmed in a building that was reputedly haunted. A lot of late nights spent in a haunted building . . . The waiting on that set ended up including things going bump in the night and curious employees who worked there sharing personal accounts of ghostly encounters. :)

Sharon: Will you share with us the movie you were machete-wielding maniac in?
Dianne: For now, at least, that one will have to remain a secret. The filmmaker is currently in discussions with a distributor, so he doesn’t want us to leak the title. But it’s a horror film. Not so much a slasher film. More suspenseful, like the horror films in the sixties.
Sharon: But once it does come out you have to let us know!
Dianne: Will do. I’ll even see if I can provide you with a video clip.

Sharon: Thank you so much for taking the time to talk with us.
Dianne: It was a pleasure, Sharon. Thank you for welcoming me into your world . . . and for plying me with moonpies and Kool-Aid. ;-)
Sharon: We don’t have any ghosts around here, but we do have a dragon. *opens dungeon door* Follow me…
Dianne: Ooooh. Let me just get my Theremin first . . . 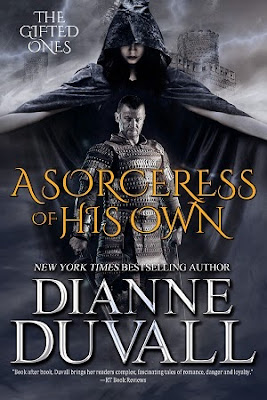 A SORCERESS OF HIS OWN
The Gifted Ones Book 1
by Dianne Duvall
June 2nd 2015
From the New York Times bestselling author of the acclaimed Immortal Guardians series comes an enchanting new series full of romance, danger, and loyalty: The Gifted Ones

Since the day Lord Dillon earned his spurs, rumors of his savagery on the battlefield have preceded him into every room, stilling tongues and sparking fear. Weary of battle, he wishes only to find a woman he can wed who will approach him not with fear, but with the tenderness that has been absent from his life for so long. Yet only the wisewoman seems invariably at ease in his presence. Perhaps because she garners the same fear in others that he does himself.

For seven years, Alyssa has been by Lord Dillon’s side, counseling him from the shadows, healing him with her hands, and staving off the worst of his loneliness while his fearsome reputation keeps others at bay. Blessed—or cursed—with gifts that label her a sorceress, she is forced to conceal her youth and the love she harbors for him beneath umbral robes that lead Dillon and his people to believe she is the same aged wisewoman who served his father.

All is revealed, however, and passions flare when an enemy threatens Dillon’s life and Alyssa sacrifices everything to save him. When Dillon discovers that the wisewoman is far from elderly, he is instantly entranced. And, as he and Alyssa work together to defeat an enemy bent on destroying them both, Dillon will risk anything—even the wrath of his king—to be with her.

Dianne loves all things creative. When she isn’t writing, Dianne is active in the independent film industry and has even appeared on-screen, crawling out of a moonlit grave and wielding a machete like some of the vampires she has created in her books. 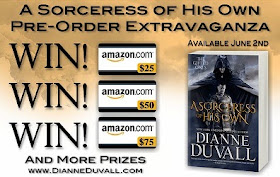 For the latest news on upcoming releases, contests, and more, please visit www.DianneDuvall.com.