RULES FOR BEING A VILLAIN 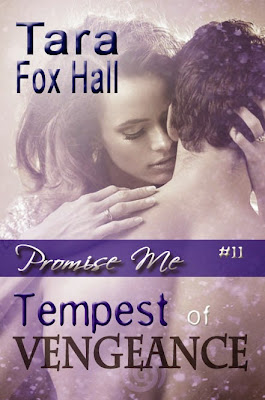 Tempest of Vengeance, Promise Me Series Book #11
by Tara Fox Hall
April 30, 2015A chain of tragic events culminating in the shattering of the magical “dream bond” between Theo and Sar turns the lovers against one another, as Ulysses attacks from all fronts, hoping to destroy Devlin for good. The return of Lash reignites the fire between he and Sar, even as he saves her daughter Elle from certain death. Finally joined under Oath, Lash, Devlin, and Sar face the storm of Ulysses’ wrath, knowing it will take their combined strength and courage to save all they love from his tempest of vengeance.


Excerpt:
It was now or never. I said a quick prayer as I slid my hand to my belt, flipping open the blade as I yanked it free. I kneed Theo as hard as I could. He let out a cry, struggling to hold me. I stuck the knife Lash had given me into his arm, and he snarled in pain, flinching back from me, but he still had me with one hand. I bit his wrist as hard as I could, then jerked free. Theo was almost fully shifted into cougar form, but he was not only injured, he was tangled in his clothes. I ran out of the room as soon as I’d unlocked the door, and upstairs to the study, the knife still in my hand.

Before I reached the top step I heard a throaty purr, and heard clawed feet scrabbling on the stairs as they bounded up them after me. I got into the study just in time to slam the door and lock it, hoping to God Danial hadn’t moved the gun he had kept here since the attacks by Manir more than a year ago. Because I was running to a dead end with no way out, if what Theo had told me about teleporting was true. But I’d never have made it out the front door before he was on me. I tried to teleport immediately, and nothing happened. I tried the phone to call Terian, and got only static. An extension had to be off the hook somewhere.

The office door shuddered under Theo’s assault. He roared, and hit it again. Danial, however, had put this door on after the assault by Manir. The reinforced steel and oak creaked, but it held.

I wiped the knife off on my pants and folded it up, clipping it back to my belt loop, thanking God I’d put it on tonight. Unlocked the hidden safe in the wall, I retrieved a gun and bullets from inside, swearing because it was a regular silenced gun, not an explosive bullets gun. At least the rounds were jacketed hollow points. I had just gotten the first bullet into the chamber when I heard a key in the lock.

The door opened, and Theo stood there, nude, his blue eyes determined, a key in his hand. His arm where I cut him was still bleeding. “I’m not healing, Sarelle. You have werepoison on your blade,” he growled, advancing slowly. “That’s Lash’s knife clipped to your belt! I recognize it!”

I trained the gun on him, holding it with both hands so it didn’t shake too much.

“That’s a regular .38. You shoot me, you’d better hit my heart,” Theo growled. “Because you miss, and I’ll be on you in a second. This little chase you’ve led me on is over! Terian isn’t here to save you! Danial and Lash aren’t here to save you! And Devlin will be too late!”

“You have one chance to leave,” I said in a hard voice. “Or I will shoot you, Theo.”

Theo looked at me for a few moments, and then he lunged for me with a roar. 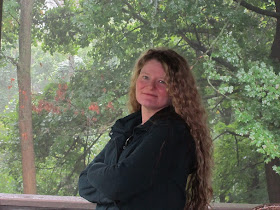