BEA or Book Expo America took place May 27-29th at the Jacob Javits Center. It is the largest publishing event in North America. With over 1,000 booths ranging from Publishers, Booksellers, Agencies, and Tech start-ups.

This was my first year with access to the BEA, part of the expo is not open to the public. I was able to get in with an I Smell Sheep press pass, which made me extremely happy since the Expo will be in Chicago next year. I had lucked out and was able to get together with a group of blogger friends (Nikki from Fiction-Freak, Kelly from Effortlessly Reading, Sadja from Across the Words and Nori from Readwritelove28) so we could make “battle plans” for the event.

My first day started off very early, the doors to the Exhibit Hall did not open until 1pm, but I was there before 8am to save spots. I wasn’t all that shocked to see that there were others in line before me. Rumor was they were there at 6:30am, I couldn’t blame them, there was one book that was pretty much the “must have” for YA Bloggers/Readers, there were only 100 copies that were being given out and you needed a ticket. I lucked out with ticket #13.

The biggest highlight for me was when Kelley Armstrong was there, so that morning I made sure I was there early to get a good spot in the autograph line. Little did I know that my good spot was going to be the first one!

China was the International Guest of Honor this year (they took up the large red area on the map), they had a gorgeous set up with speakers and authors from China. The location they had was spaced out in such a great way, there were open sitting areas with white benches and bamboo planters, I wish I had time to sit in there and relax.

There were a few issues here and there, but what convention doesn’t have a few hiccups.

It was amazing how many people had heard of The Sheep while I was there. Of course they had nothing but awesome things to say about the flock!

If the expo wasn’t going to be in Chicago next year I’d definitely go again for 2016. Here is hoping that it will be back in the near future!

Illuminae stairs leading up to the main exhibit hall 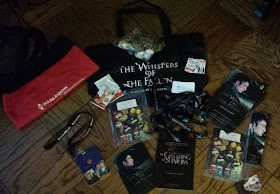 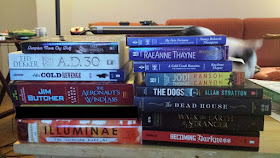