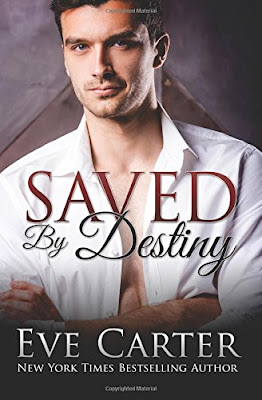 by Eve Carter
May 27, 2015
232 pages
“My entire world fell apart when the cops slapped the cuffs on my wrist. My douchebag ex-boyfriend framed me and I stood to lose everything, including the love of my life.” After a humiliating night in her hometown jail, Lauren Mitchel is left holding the bag. Her ex fiancé, Chip Harrison, had set her up to take the blame for an insurance scam he was running. He’d now disappeared, leaving Lauren to face years of jail time. Aedyn Cumberland bails out Lauren but the judge makes it clear that she can’t leave the state, putting time and distance between the two lovers. Are they fated to be apart? Aedyn’s not waiting around to find out. He knows that finding Chip is the key to solving all of their problems. Don’t miss the thrilling conclusion to their magnificent love story.

I’d spent the drive to the airport brooding about my life and this entire fucked up situation with Lauren being arrested as Chip’s scapegoat for a crime she hadn’t committed. Lauren’s only crime was being naive and gullible. By the time the corporate jet lifted off the ground, I was flat out pissed. Last night, I hadn’t wanted to let on to her that things weren’t looking as good as I’d made them out to be. The worry was getting to her. I saw it and it was my job to keep her safe and get her out of this mess. I scrubbed the heels of my hands over my face and exhaled. Maybe the police would find Chip and he’d confess. And maybe goddamn pigs would fly.

As soon as the pilot allowed phone use, I got my lawyer, Mario, on the phone for a status update.

“So Mario, where we at with this thing?”

“From what I’ve gathered, the prosecution has evidence of bank accounts opened in Lauren’s name. Actually, several accounts exist, approximately five. Each one shows dozens of deposits from insurance payouts.”

“Are you sure about that?” I hoped beyond reason that he was wrong.

I pinched my fingers to the bridge of my nose. “What about Chip? Where does he fit into all this?”

“His signature is on everything too. And I’m afraid it all looks pretty bad for your girl. It looks like they were in this together.”

His underlying criticism pricked like a pin, bringing short-tempered emotions to the surface. I pitched forward in my seat. “Is that what you think?” I snapped, the acid churning in my stomach.

My reply burst out in a rush of words. I didn’t even try to disguise the sarcasm in my voice when I said, “And you don’t think a guy like Chip could falsify the signatures and plant evidence?”

His dismissive laugh just added fuel to the fire. “I don’t pay you to fucking suppose. I pay you to get results. So stop pissing me off. Pull your thumb out of your ass and get moving. Like ten minutes ago.”

“Fuck you too, by the way. Who’s the guy who went to law school for years?”

Mario and I went way back, to my first days in Chicago’s business district when I was a fresh-faced college graduate, and worked for my first marketing company. Mario was no lightweight. His skin was thick as pig shit. Our caustic banter was simply the run off of the hot, molten passion we both had for our jobs and life in general. I knew he wouldn’t let me down.

“But of course the police have no clue where he is.”

I drew a hand across my forehead, squeezing my eyes shut. “That figures. Leave Lauren to take the fall. The guy has no balls.” But then I already knew that.

“So what’s the next step?” Mario asked.

“Do I need to remind you? Find Chip. Get Pete Gamble on the fucking case of finding that bastard.”

After a few more manly, testosterone driven pleasantries, I could bare it no longer. Leaving Lauren there by herself went against every fiber of my being. Not only was I concerned for her safety, but also it killed me to be without her. I needed her near me every minute of the day, even if she was only waiting at my apartment until I came home from work. I desperately needed her to be there to soothe my soul because she did for me what no one else had been able to do. She filled me with happiness. With every tick of the clock, I desperately missed her. She was perfect and always worth it. The way she touched me. The way she said my name. How she looked at me when she didn’t think I noticed. Her laugh. Her moans. The way her body tightened when she came…

I pressed the call button next to my seat to talk to the pilot.

“How much longer?” I barked.

“Thirteen more minutes. Until wheels down.”

I turned and looked out the small scratched window of the plane. It looked like rain. Fitting. Heavy gray clouds hung in the sky creating a dreary mood that permeated my being. Summer was over and fall was already on its way. I could feel it in the air. It looked about as crappy out there as did my life right now. 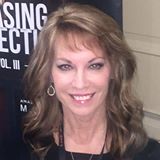 About the Author:
website-FB-twitter
I am a true romantic at heart and with a modern contemporary erotic twist to my romance novels, you had better fasten your seat belt, as the ride is always fun, exciting and fiery.
Living in Southern California, but a mid-westerner at heart, I find plenty of inspiration for my books in my own exciting life. I have always loved the arts and as a young girl, I took dance classes and spent the summers reading books from the local library. Fascinated with the written word and its power to guide the imagination, I started writing short stories and later took Creative Writing classes in college. I graduated from The University of Iowa with a B.A. in Journalism and an M.A. in Higher Education. I also have a Teaching Credential from Chapman University in Southern California.