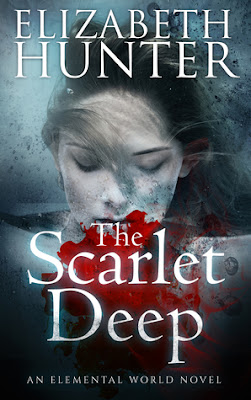 Published July 7th 2015
On the waves of the North Atlantic, a poison spreads, sapping the life from humans and striking madness into immortals.

Patrick Murphy, the immortal leader of Dublin, has been trying to stem the tide of Elixir washing into his territory, but nothing seems to stop the vampire drug. While others in the immortal world work to cure the creeping insanity that Elixir threatens, Murphy has been invited to London to join a summit of leaders hoping to discover who is shipping the drug. If Murphy and his allies can cut off the supply, they might be able to halt the spread long enough for a treatment to be found for the humans and vampires infected.

Anne O’Dea, Murphy’s former lover, retreated from public life over one hundred years ago to help immortals in need… and to heal her own broken heart. Though powerful connections keep her insulated from the violence of vampire politics, even Anne is starting to feel the effects of Elixir on her isolated world. The human blood supply has been tainted, and with Anne’s unique needs, even those closest to her might be in danger. Not just from infection, but Anne’s escalating bloodlust.

When Anne and Murphy are both called to London, they’re forced to confront a connection as immortal as they are. As they search for a traitor among allies, they must also come to terms with their past. Behind the safe facade of politics, old hungers still burn, even as an ancient power threatens the fate of the Elemental World.

In the world of elemental vampires there is a new poison spreading. One that can hurt and kill both humans and vampires alike and it’s Elixir! The leaders of the vampires and holding a summit to try to stop this epidemic from spreading. Murphy, the immortal leader from Dublin goes to London hoping to find out who is shipping this drug and maybe to reconnect with his mate Anne who had a falling out over 70 years ago.

Hunter has such a great imagination and has made this series a favorite! Murphy is arrogant and hates admitting when he is an idiot. Anne has retreated to her one little hole in the world where no one can hurt her again. She is a vampire therapist and enjoys treating the immortal. A very unique perspective into the world of what it would be like to be immortal and to never have your problems end. This is a must read book by Elizabeth Hunter.

About the Author:
Website-FB-twitter
Elizabeth Hunter is a contemporary fantasy, paranormal romance, and contemporary romance writer. She is a graduate of the University of Houston Honors College and a former English teacher. She once substitute taught a kindergarten class, but decided that middle school was far less frightening. Thankfully, people now pay her to write books and eighth-graders everywhere rejoice.

She currently lives in Central California with her son, two dogs, many plants, and a sadly dwindling fish tank. She is the author of the Elemental Mysteries and Elemental World series, the Cambio Springs series, the Irin Chronicles, and other works of fiction.
Sharon Stogner at 1:00 PM
Share