The Creation Of The Hybrid and The Wild Clan Sagas: Guest Post with Christine Murphy + giveaway

The Creation Of The Hybrid and The Wild Clan Sagas

The Wild Clan Sagas was an idea that I initially came up with while taking a break from work – my day job so to speak. At the time I was still in the military and had a lunch break long enough to go on a run. We had just been speaking on the latest and greatest flu bug infections that were of a new strain at the time. While running with my head set on and listening to music, my mind began to wander and I had this thought of a plot where a super bug would infect the population sending humanity towards the brink of extinction. As in all books you need a villain and my villain was a scientific company known as BioGen. This entity volunteered to develop an antisera to help save the world because they had the knowledge and technology advanced enough to do it. Of course nothing is for free and with the known governments of the world failing because of the massive loss of population, BioGen stepped forward to take over as governing entity.

With the world failing there really was no choice other than to follow BioGen. With the development of the antisera, BioGen mandated that the remaining population relocate to the United States and accept both the injection and their strict rules. The United States became the United Nations of States (or UNS) and those who would not conform were cast out into Canada, now known in the book as The Wilds. Those who were cast out became known as Rogues. The injection was a success but there was one side effect. Sterility and the inability to procreate.

BioGen, of course, stepped up again to solve this dilemma and developed industrialized creation and birthing. However, this also had side effects causing the genetic population to be skewed. The divisions in humans that developed were the Gens (Higher class who control everything), the Nuls (lower class who are the workforce), the Companions (enslaved rare males rented out for a price), and the Sources (even rarer females who hold the genetics for life). The Sources and the Companions are strictly controlled, just like emotions and love are forbidden. To go against BioGen’s rules puts a death sentence on anyone’s head who try. 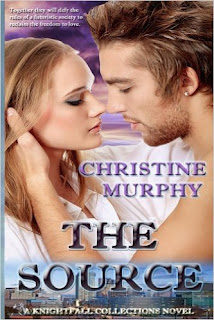 All of this leads to the first book of the series which originally was meant to be a stand-alone book only. The Source was the story of Crystal, a rare Source, and Nathan, a Rogue (and Wilder), who had been captured at youth and trained to be a Companion. Because Crystal was restless in her life, BioGen hired a Companion to keep her occupied for a few weeks. What had been simple entertainment quickly formed into an unbreakable bond and forbidden love grew between them. The rest of the story is about their escape from BioGen and their reaching The Wilds.

Once the first book was completed I realized I had so many additional characters and plot line that I had to make it a series. Thus The Wild Clan Sagas were born and are structured around the Wilder siblings. Nathan Wilder was in the first book and is followed up with Justin Wilder in the second book. The second book centers on Saraphina who is a Hybrid created by BioGen but has been hiding as a Nul Monitor for years. During her duty as Monitor she stumbles across Justin who was captured after trying to find his brother Nathan. From that first meeting their destinies are set as they fall in love, fight against BioGen, and escape to The Wilds to help in the battle between the Rogues and the controlling government that tries to destroy them. 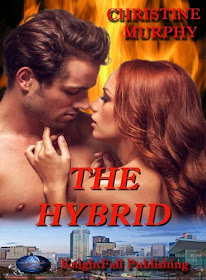 The Hybrid (The Wild Clan Sagas Novel 2)
by Christine Murphy
Genre: Futuristic Romance
Publisher: KnightFall Publishing
August 1, 2015
ISBN: 9781311085313
ASIN: B00Z8QXLXO
pages 200
Cover Artist: Christine Murphy
Sara, a hidden Hybrid disguised as a BioGen Monitor, will find an enslaved Justin being experimented on. She will help him gain his freedom and in the process will gain her own. Trust will grow between them and from that trust will blossom a love which will give them the power to escape BioGen. 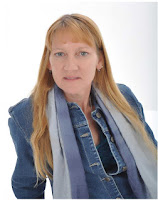 About the Author:
Website-FB-TwitterBlog
Tumblr-Pinterest-GoodRead
Freado-Authorgraph
Christine Murphy started her writing career at a young age even before she was putting words to paper. Living in the Midwest left her with plenty of time to read and develop her creative mind. Her first short story was written in grade school and was in a fantasy-type style. Later she took an online course in writing and created another story based on the adventures of a Native-American youth searching for her purpose in life and filled with lots of symbology.

Science-fiction fantasy was her main reading preference but quickly shifted to romance. In the beginning she preferred Contemporary Romance but that didn't last long when she discovered Christine Feehan and JR Ward. Paranormal Romance had infected her and she read as much of it as her voracious mind could adsorb.

Eventually Christine joined the work force, and although she continued to read, she didn't pursue her need to create her own worlds other than in her head. Her imagination continued but reality kept her busy including a successful medical based career in the military. Working as a clinical laboratory scientist she was stationed in several locations in the United States and in numerous areas of the world including England, Italy, Germany, Africa, and the Middle East. Finally her career brought her to a small town outside the Tampa Bay area in Florida. This is where she finally realized time is too short to put off those enjoyments in life especially when her husband was struck with leukemia. He successfully recovered but it made her decide she wanted to pursue writing which seemed to be put off her whole life.

Within two years she had completed an entire series - The Sphinx Warriors Series, and started the first book of The Wild Clan Sagas. Currently she continues to write from her Florida home while looking out her back lanai to a small pond where the wild-life gathers and the flowers bloom in exotic pinks and purples. This is her place of peace and freedom she has searched for all her life and where her husband and crazy African Gray Parrot, Raider, hang out with her. It’s the place where her creativity runs wild while she spins tales of adventure and passion. She captures the unique characters, civilizations, conflict, passion, and love in her writing from the fantasies which still spin in her head. She captures the strong, spirited, and powerfully attracted characters and all of their adventures and share it with others who are searching for that very thing to make their lives more exciting.

If she accomplishes nothing else in life, she hopes to share the romantically magical worlds and the lovers she sees with all of the passionate readers out there. Her next projects are continuing to work on her Wild Clan Sagas and her Midnight Riders Series as she partners with KnightFall Publishing and CK Productions.
Red Sage
Amazon Author Page
Smashwords
The Romance Studio Author Page
TheRomanceReviews Author Page
Manic Readers Author Page
Book Daily Author Profile
BookPulse Page