“Good evening ladies,” the handsome man with bright green eyes and shaggy dirty blond hair greets you and your friends enter the old roadhouse after a day on the road. “My name’s Jase, and this is Jim’s Roadhouse. Have a seat wherever you’d like.” 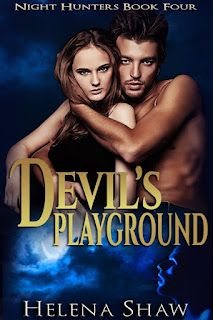 Ingredients:
- 210lbs of muscular Middle American Man
- Bright green eyes that look deep into your soul
- Martial arts and weapons expertise
- Strong, rough hands to rub away your aches and pains
- A tongue that knows just how to make you scream

Seasoning:
- A dash of stubbornness
- Deadly in battle
- Will stop at nothing to protect the woman he loves

Dietary warnings:
This dish it not for the faint of heart! Jase can be a little spicy, and doesn’t pair well with werewolves or vampires. He does go perfectly with a large bed and a bottle of whiskey.

The snow showed no signs of slowing down as it whipped and whirled through Dawn’s hair. All her sweaters were gone, her makeshift scarf, her boots, everything. And yet she wasn’t cold. When she and Jase had gone out earlier, the snow had been so cold that it hurt, and it had been even worse when they got back to the hotel and her toes and fingers started to warm up again. The pain and itch had combined into pure agony and part of her wanted to bury them in the hotel’s ice bucket just to alleviate the pain, but in time it had begun to subside on its own. Maybe I’m going numb, she wondered to herself as she marched through the snow. She’d read that was a sign of hypothermia. The body numbs itself to the cold and eventually you just go to sleep, but never wake up. But she wasn’t tired. She was looking for something, and she couldn’t sleep until she found it. She had no choice but to keep moving forward through the blowing wind. Each step was a struggle against the constant pressure of the gale, but she couldn’t stop. It wasn’t until she reached the park that she realized that she was completely alone. “Jase!” Dawn called. He’d been with her a moment ago, she could have sworn it, but now she was alone. Entirely alone. “Anyone?” Dawn screamed. No one was out in the freezing weather. The snow was too much, too wet and cold, and it just kept falling. I have to find him, Dawn’s mind raced as she moved through the park. Panic surged through her and she kicked through the snow while it planted wet kisses with every flake that landed on her cheeks. But the further she went, the less the snow behaved like normal. It changed, mutated, and when she looked up at the trees she saw they were no longer bowed and bent, but easily carrying the weight of their loads. “No...” Dawn muttered as she spun. The wet snow turned to dry speckles of white ash and the wind was no longer cool on her face, but a hot blast of air. The ash in the trees spread and grew, and without warning, it burst into red hot flames. Smoke filled the air and Dawn knew she had no choice but to run or risk getting swallowed by the fire. It’s not real, she told herself as she ran. It can’t be real. It’s just a dream. But it didn’t feel like a dream. The heat was real, the smoke in her lungs too. The hot blasts of air stung her eyes and everything was too clear. Ahead, she saw what just might be her salvation. A subway entrance beckoned to her and she ran right for it. Like the rest of the New York in her dream, she was alone when she got down the long flight of stone stairs. She’d hoped a train would be waiting, a train that would take her out of her dream and keep her safe, but she wouldn’t be so lucky. As a teen, she’d loved the subway. The freedom it had given her that she hadn’t had in her small home in New Jersey. Without the need for a car, she could just get on the train and go anywhere she wanted to without a moment’s notice. It would be her eighteenth birthday present to herself, or at least, that’s what she had decided. The moment she was legally an adult, she’d be gone and she’d keep running until he could never find her again. Her plan had been to get some cash, get on the subway, and catch a train. With cash in hand, she’d be able to do it all easily enough. No one could trace the cash and she’d be out of the city before the sun rose. It had all been worth it. The freedom she’d had on the road was better than the subway had ever offered her. It couldn’t even compare, and now she could only hope that this time, the train would actually lead her somewhere safe, rather than just looping around the city. She knew she couldn’t stand there and wait for the train, not for long. Something was outside and it was coming for her. She couldn’t risk standing still and she needed to get moving or risk being caught. With no train in sight, Dawn jumped down on the tracks. Even knowing it was a dream, she avoided the third rail and debated whether to go left or right. Right, she decided. An old bit of trivia was what kept her from going left. Sinister, that was the old word for left, or at least that’s what she had heard. She couldn’t go the sinister way, it was just asking for trouble. She hadn’t made it far when behind her she heard something. Even without turning around, she knew she was no longer alone. The soft sounds of scraping claws and heavy breath filled her ears and when she turned, all she saw were glowing yellow eyes. Run, her mind screamed, and she did just that. There was no hesitation, no paralysis, only instinct as she began to run down the tunnel. 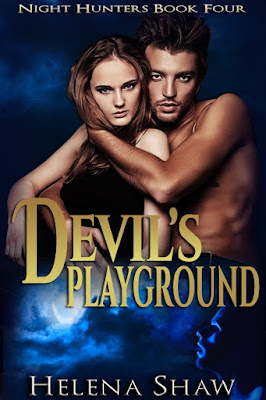 Dawn Garrett has been on the run from her past since the day she turned eighteen. A new name, a new life, and a new love have kept her safe from the one man who will stop at nothing to get her back.

Together with Jase Byrnes, Dawn has stood up against werewolves, witches, vampires, and so much more. She’s learned to be a hunter and with Jase by her side, she’s finally found the strength she’s been looking for.

But the man she’s spent so long running from is hot on her trail and Dawn is out of places to run. She’ll need to stand and face him, but she’s trapped in his playground and he’s got more tricks up his sleeve than she ever thought possible.
Available at Amazon 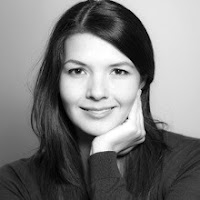 Website-FB-Twitter
Goodreads-Pin
Shaw has been writing ever since she was a child. Always with a book in her hands, she started crafting her own stories at a young age. She has always loved the world of the paranormal and inspired by her favorite stories, she set out to create a world of her own.

Her first full length novel, Harvest Moon, was released in November, 2014 and she is currently hard at work on the sequel. She hopes to keep Dawn and Jase's story going for many years to come.

Helena Shaw resides in a small town in western Ontario. When she is not writing, she is taking care of her two boys and her husband.