I’m so happy be on I Smell Sheep. I love book review blogs, especially ones with a sense of humor. I have writer ADHD which means I can’t settle on just one genre or just one series. I write dark gritty dystopian sci-fi and fun light contemporary romance. Pretty much every day I feel like I’m flying by the seat of my pants, it’s an occupational hazard. Or it could be that I’m just a gal who’s juggling being a mom, a wife, and two careers.

I'm so excited to announce the re-release of my very first series, The Dark Future Series.


Dark Future has always been very close to my heart, I think because it has generated so many emotional responses from my readers. Not only is it my first book, but one I wrote during a very tough time in my life. I believe my passion showed through since Dark Future won the Two-Lips Top Reviewers Choice Award and an FF&P Prism Award.

The two preceding novellas where written as prequels, but they can also be read as stand-alones. The first book in the series, To Buy A Wife, not only won the coveted RONE award in 2012 for best novella, but is now FREE on all major platforms.

I hope you check out this series, even if you are not normally a dystopian/sci-fi reader. If you like good books (and I’m sure you do) you'll find some of the same trademarks found in all of my books--larger than life characters, scorching romance, and love that wins out against all odds.

So read the top ten list below that gives you glimpse into the life of a writer (aka crazy person) and afterwards I hope you join me in one of my favorite worlds where the heroes are tortured, the heroines are strong, and the love is downright hot!

1. If you see me with a traveling coffee mug there is a fifty/fifty chance of it either being coffee or wine. It’s a complete gamble. Sometimes I even surprise myself.

2. I cry over each book at least once. (Some books take multiple break downs.)

3. I once left my husband to make his way home on crutches from the bus stop because I lost track of time curling my hair.

4. I named my second child after the 80’s Charlie perfume commercial I remembered when I was I kindergarten.

5. I’m a complete Law of Attraction junkie. If there is a book about positive thinking, I’ll buy it. If there is a new meditation that is supposed to do wonders, I’ll try it. I even sniffed dollar bills because I was told that would help match my vibration to money.

6. I’m finally fulfilling a lifelong dream of going to Paris and eating lunch at the Eiffel Tower for my twentieth anniversary. (The husband is optional…just kidding)

7. I named my first child after an MTV video jockey.

8. I sometimes wish for OCD so that I could have a clean house. 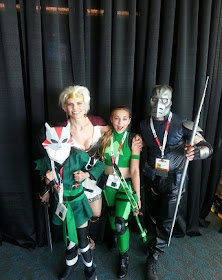 9. For the first three years of my writing career I kept it a secret from my mother, and instead told her I was doing laundry. She could never understand while my children were always running around in dirty clothes.

10. My husband is a complete Comic Con nerd. He’s brain washed my children into believing it is fun and I finally broke down and joined them. We even went so far as to dress up this last year. Here’s a picture. If you can actually name the characters they dressed up as than you have no life and should seek professional help right away. 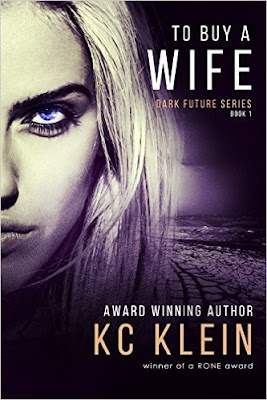 To Buy a Wife (Book 1)
In a harsh land where corruption rules and women are few, cold realist Hudson Land must purchase a wife to save his farm. Instead of an auction, he witnesses the start of an execution. With his first look at a beautiful woman in years, Hudson knows he has to have her—no matter the cost. Lake, a chemist and a rebel fighter, is resigned to her death, but when some back-hill farmer rescues her from the chopping block she has no intention of simply becoming his wife. She’s pledged her life to the Rebellion and being bought for some stranger’s bed doesn’t change a thing, even if his soft caresses are damn distracting. As lies and secrets build between them, are the quiet moments they’ve shared enough to stand against two warring factions in a world where only the strong survive? 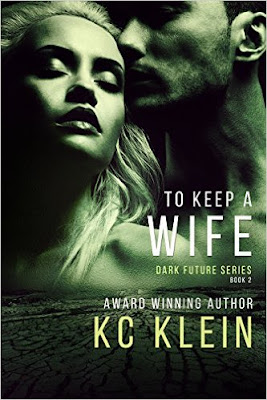 To Keep a Wife (Book 2)
In the shards of civilization ruined by a global war, Lake has gotten the life she never dared dreamed of—a safe haven, and the love of a good man, her husband, Hudson Black Creek. But Lake’s hard-won happiness doesn’t last long when powerful Elders lay siege on Black Creek Manor in retaliation for a past defiance. As Lake watches everything she loves go up in flames, she sacrifices herself for the chance to keep Hudson and her brother alive. Syon, a diabolic Elder with his own agenda, will push Lake to her breaking point, forcing her to compromise—heart and soul— in order to survive.

Hudson wakes from a head wound to find that his whole world is reduced to ashes. With no memory of why he’s sacrificed everything for a woman whose name is tattooed on his chest, Hudson is determined to make his heart match the emptiness of his mind, and wipe out everything except the hatred for those who are to blame—the Elders and the wife he sought to protect.

As evil and fear spread across a war-torn land, Lake and Hudson are tested like never before, and both will have to forgive betrayals and risk greater heartbreak if they want a chance at saving their lives… and their love.
Amazon-Kobo-iBooks-B&N 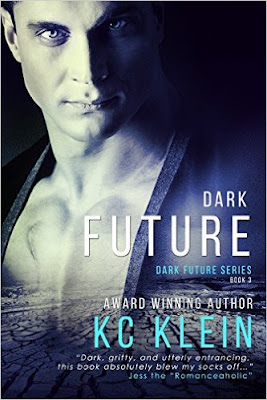 Awakened in the middle of the night by a future version of herself, Kris Davenport is given a mission: go travel in time to save the world–and his life. Of course, her future self doesn’t tell her who he is just sends her into the darkness and straight into an alien invasion.

…must choose between the man who has her heart…

He turns out to be ConRad Smith, the callous, untrusting military commander of Earth’s army and the world’s last defense. There’s only one way for Smith to know for sure if this strange woman is an alien spy–slice her throat. Except, he didn’t anticipate the desire he would feel as he interrogates the hot-tempered, warm-blooded woman.

…or the fate that saves the world.

As Kris and ConRad struggle to trust each other in a world on the brink of destruction, they each will have to face the ultimate choice of whether to fight or die… survive or forgive.

About the Author:
Website-FB-Twitter
KC Klein has lived most of her life with her head in the clouds and her nose buried in a book. She did stop reading long enough to make a home with a real life hero, her husband, for over seventeen years. A mother of two children, she spends her time slaying dragons, saving princesses, and championing the belief in the happily-ever-after. Her debut novel, Dark Future, was a 2010 Prism finalist and has been honored with a reviewer’s choice award. She’s the author of the sexy cowboy Texas Fever series, which starts off with, Texas Wide Open, available now, and Hustlin’ Texas, due out December 2013, and also a contributing author to the fun, sci-fi romance anthology, Hotter on the Edge and Hotter on the Edge 2. KC loves to hear from readers and can be found desperately pounding away on her laptop in yoga pants and leopard slippers.