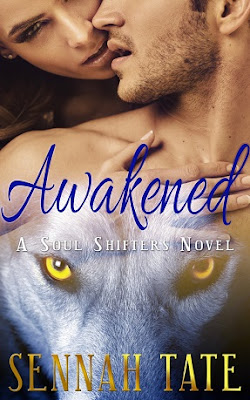 Good girl schoolteacher Gemma has always played it safe, colored inside the lines. Her only indulgence is a recurrent fantasy about Carson, her town’s ultimate bad boy. Carson is fifty shades of wrong for Gemma, but damn if the risk-taking ex-con doesn’t inspire dark, waking-at-night-clenching-the-sheets thoughts in Gemma’s orderly little mind...

Don’t touch. Don’t look. Don’t even think about him. No matter how good he might be in your dreams, he’s bad.

All Gemma’s promises fly out the window when her best friend goes missing. Carson is the only one who can help Gemma uncover the truth, and if some sparks fly along the way… so what? It doesn’t mean anything.

As tensions rise, Carson and Gemma are both stripped down, revealing steamy paranormal secrets and an unbridled hunger that simply refuses to be tamed.
Available Free on Amazon September 14- 18

New author making her way in the urban fantasy genre. A story about a school teacher looking to make a new life for herself in a new town meets an ex-con (although I don't think she knows) trying to make up for past mistakes.

Gemma, the pink slipped teacher from Tampa, moves to a small community hoping to start a new life. A flat tire introduces her to Carson, a hunky guy who just happened to have done some jail time but is trying to make up for that by being a good samaritan. An instant attraction is all that they remember from this encounter until they meet again later when both are trying to locate a new friend of Gemma's who has disappeared. This new friend just happens to be Carson's sister. That instant attraction again rears it's head and as time goes on they discover they are soul "mates". Once this discovery is made their powers are "awakened" and they are caught up in a plot by some evil character using "unmated" humans to do his bidding. (not real sure what this bidding is though).

The first half of the book had me scratching my head as to why this was classified as an urban fantasy. I thought it was going to be a straight romance story but then enter the "powers" of soul shifting by Carson and healing by Gemma and the author's intent became a little clearer.

It has all the ingredients of a good story even though I thought it was compacted and a little choppy in the telling. There is romance, danger, magic, loyalty and a dangling ending that entices you to pick up her next book in what I assume will be a series. At least I hope so since the main problem of the story was still yet to be solved. Some seasoned readers may feel this read needs a little more fluidity in the writing but when you finish the book you have a clear picture of the story and characters. I am sure this author will grow in her talent as it looks like she has a good grasp of the necessary components to make a good story.

I would say give this book a read to have some background for future installments.

I give this book 3 "developing" sheep. 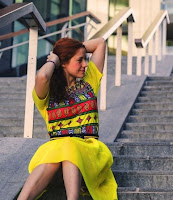 About the Author:
website-FB-twitter
Goodreads
Sennah Tate is an up and coming Florida author in the world of romance. She likes writing about fiery heroines unashamed of their curves and the sizzling hot shifters that can't get enough of them.

When she's not writing and drawing dinosaurs, she enjoys the outdoors, her friendly retriever mix, and Disney World. Her exuberant personality brings cheer to dark days and she firmly believes that redheads will inherit the earth.