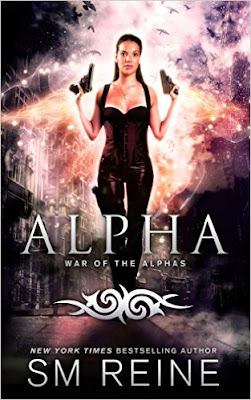 Alpha: An Urban Fantasy Novel (War of the Alphas Book 3)
by SM Reine
250 pages
June 4, 2015No longer an Omega, Deirdre Tombs has found her animal. She only had to die and rise from her own ashes to discover it.

And she’s returned with a purpose.

For the first time in history, the role of Alpha is up for election. If Everton Stark takes charge, he could disband the ruthless government organization that has made life miserable for shifters like Deirdre.

One problem: Stark doesn’t want to run. He only wants vengeance against his wife, Rhiannon, who killed many of his followers and stole the Ethereal Blade.

While Stark is focused on revenge, Rhiannon is focused on winning the election for Alpha. Victory means tearing the Winter Court apart with civil war. It means riots. It means unleashing a deadly unseelie assassin that devours souls. Anything to get her dragon shifter mate in power…with Rhiannon at his side.

Alpha is book 3 in the War of the Alphas series by SM Reine. This series is a continuation of Reine’s long running series which focuses on what happens after Genesis.

Deirdre is no longer a mystery shifter, or an Omega. She finds her animal when she dies and rises from her own ashes. She is just as surprised by the turn of events as Everton Stark is! Riley Gresham has decided that the role of Alpha should be voted on by all gaean species. Deirdre wants to help the gaean’s so bad and thinks Stark is the one to solve all the problems of the world. Only issue, Stark has no interest in doing so. All he wants is revenge! Revenge against Rhiannon, his wife and Melichor her dragon shifter mate!

Even though I would love to hate Stark, I find myself siding with him and Deirdre at every turn. Stark is brutal but there is still a spark of humanity in him. Deirdre is the only one that brings it out in him. The spark of passion and tension between these two characters is very dynamic. 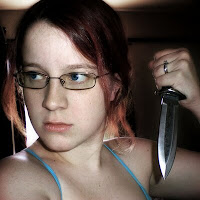 If you would like to know the instant I have a new book available, you should enlist in my Army of Evil! I'll only email you when I have a new release, which is generally no more than once a month. I can't write any faster than that. :) http://smarturl.it/armyofevil