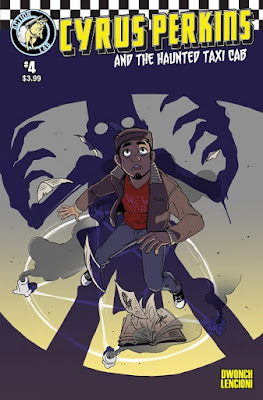 
Action Lab Entertainment
The stunning conclusion to the most innovative crime noir in comics! Will Cyrus solve Michael’s murder? Will Michael finally get the peace he deserves? If you think you know how the story ends, you are DEAD WRONG.

A thrilling end to the Cyrus Perkins and the Haunted Taxicab mini-series. Cyrus solves the murder of Michael, but that isn't the end of this cabby's fare. Someone else has taken an interest in Cyrus, which means more comics from writer, and all around great guy, David Dwonch and artist Anna Lencioni, whom I've never met but is probably a great gal. 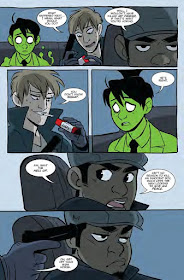 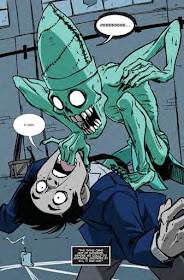 This series is for all ages and worth checking out. The story is well told through a great combination of writing and artwork.

You can grab all issues 1-4 in a trade paperback 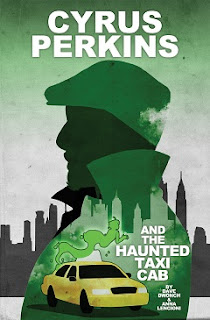