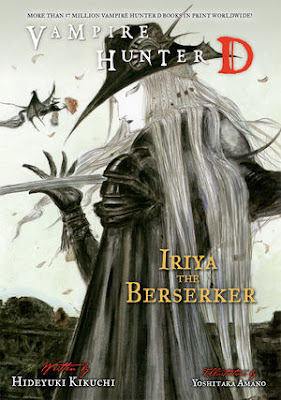 This latest volume features six new illustrations by Final Fantasy designer Yoshitaka Amano and an unforgettable matchup between the coolest vampire hunter and the hottest berserker woman on the Frontier!"

Do not let the volume number scare you, the majority of the books in the Vampire Hunter D series are stand alones, so if you want to check out this one, you can skip the other 22 volumes (I don't suggest you skip out on the amazing stories)

Iriya is a young woman who has set out to kill her family after being turned into vampires, she crosses paths with D at the very start of the book. D is curious about the young woman and decides to accompany her on while she is looking for her family.

“She gained something,” D fairly muttered. “She must’ve, for an ordinary girl to become a Hunter. But in exchange—”

“She must’ve lost something, too, right?” the hoarse voice said, finishing the Hunter’s thought. “What that something was—does that interest you?” 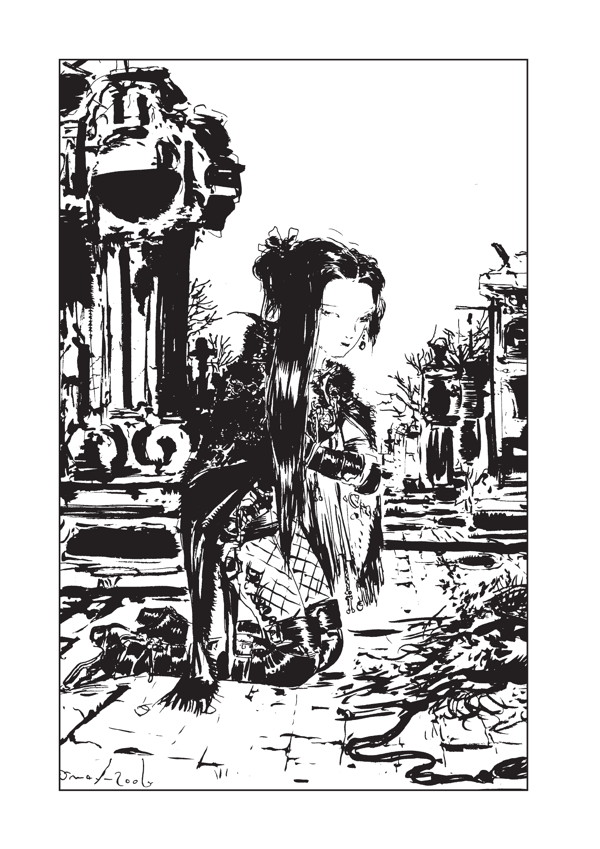 In the series D is normally a "Hunter for Hire" but this time his curiosity of Iriya is what motivates him to go along, which is also different from the rest of the series. D is more the side character in this one, for parts of the story. There are parts in the story where you do find out some of D's history and what makes him "him". By the end D finds out he has more in common with Iriya then he could have imagined.

The series is also worth checking out with the artwork that is added to the book, Yoshitaka Amano (Final Fantasy, Guin Saga, Neil Gaiman Sandman: The Dream Hunters)