When Authors Start Believing Everything They Write

Fiction writers spend most of their time making things up and hoping they can make you believe it. In short, we tell lies for a living.

We create new worlds and populate them with all manners of man and beast. We devise belief systems, governments, social traditions, and every antagonist we can come up for them.

When we do our job right, we can fool readers into believing these people and places are real. Diehard readers lead to fandoms and all the beautiful trappings of mania…memes and 'ships and Funco Pop and Instagram posts galore…

I love to see readers go crazy for their favorite books. I love to see the ways they pay homage to the characters they've come to love. I love to read the thoughtful, ranting, obsessed articles and status updates they use to express the feels those books give them.

I love readers who love books.

But did you know that these forms of devotion aren't limited to raving fans? A lot of authors get caught up in it, too, because after years of writing their books, they start to think they're real, too.

I once read an article about an author who admitted to shopping for gifts for her characters. I thought it was so sweet…but I never thought I'd do anything like it.

Until I met my werewolf rock star, Dierk Adeluf. 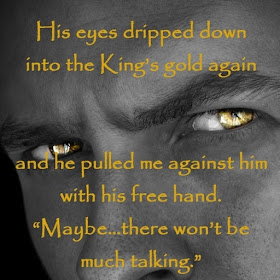 Turn of the Wheel is an all-Were heavy metal band from Germany. We meet them in one of The Books of the Demimonde, WOLF'S BANE. When I wrote the story, I had to get the band together. 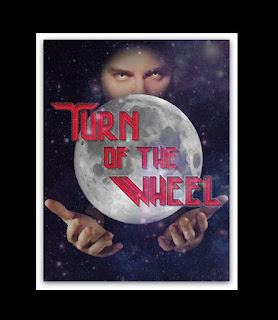 But I didn't just name the characters and decide what instrument they played.

I gave them history. I wrote their songs. And, in true homage to every one of my favorite rock bands, I made concert shirts.

Any self-respecting teen of the 80s had a wardrobe full of band shirts. My husband and I have saved a shirt from every show we've ever seen…and that's a closet full of concert memories. This is my favorite one, though…from a band that doesn't exist. 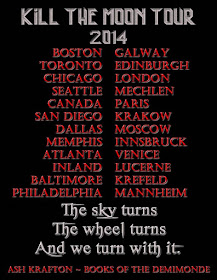 Or…does it? I swear they do, somewhere. This concert shirt is all the proof I need! 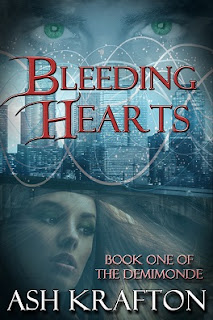 Marek Thurzo is no little black cloud; he's a maelstrom. Marek is Demivampire, a race with the potential to evolve into vampire. A warrior who's taken his share of spiritual damage, he hovers dangerously close to destruction.

He seeks salvation. She's driven to save him. But what if he can't be saved?

Sympathy for his plight becomes true empathy as Sophie's hidden nature is revealed. Marek suspects she may be one of the Sophia, oracle and redemption of the damned Demivampire. She alone can turn back the evolutionary clock.

All she needs is the courage to face her fears. Can she save him from Falling? 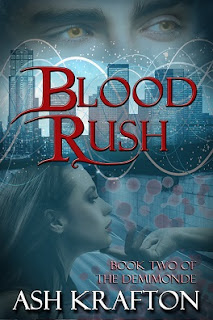 Advice columnist and newly-appointed oracle to the demivampire, Sophie Galen has more issues than a Cosmo collection: a new mentor with a mean streak, a werewolf stalker she can't shake, and a relationship with her ex's family that redefines the term complicated. And then there's her ex himself, who is more interested in playing leader of the vampire pack than in his own salvation.

Becoming a better oracle is tough enough, but when Sophie encounters a deadly enemy - one she never dreamed of facing - it will take everything she's ever learned in order to survive. 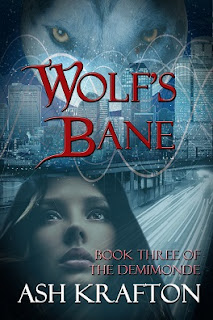 Wolf's Bane (Demimonde Book Three)
by Ash Krafton
Genre: urban fantasy
Publisher: Ash Krafton
October 13, 2016
ISBN: 978-1-946120-02-1
ASIN: B01MA3JHUV
Number of pages: 388
Word Count: 104k
Cover Artist: Red Fist Fiction
Since becoming oracle to the demivampire two years ago, advice columnist Sophie has battled werewolves and survived a vampire attack (or two). However, not only was she powerless to save her lover Marek when he slipped to the brink of evolution, she also witnessed his transformation into a falcon, the symbol of Horus United.

Sophie’s quest to save Marek is further complicated when rock star Dierk Adeluf – who also happens to be the king of the Werekind – invites her backstage after a concert. Just when it seems she will find respite from heartache, Sophie is bitten by a werewolf and Dierk decides she is destined to be his queen.

Sophie is caught between the demivamps she loves and the Were who commands her to love him. Throw in his jealous wanna-be girlfriend—a true bitch if ever there was one—and an ambush by witches, and there you have the big mess that Sophie calls her life. And, hello? Her soul mate is still a bird. 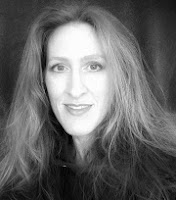 About the Author:
website-FB-twitter
Instagram-Pin
goodreads-blog
Ash Krafton writes because if she doesn't, her kids will…and NOBODY wants that. A speculative fiction girl through and through, Ash writes paranormal romance and urban fantasy novels as well as poetry and short fiction. Her work has won a bunch of awards and was even nominated for a Pushcart Prize. When she's not writing, she's practicing Tai Chi, listening to loud rock and metal, or crushing on supervillains.

Most recently, she's re-released her urban fantasy trilogy THE BOOKS OF THE DEMIMONDE because she never really left the world of Sophie and her Demivamps.