NolaStoryCon was a new reader convention put together by authors (and friends)—Jeaniene Frost, Melissa Marr, Ilona Andrews, Kelley Armstrong and Jennifer L. Armentrout in New Orleans, Sept. 30 to Oct. 1, 2016. It was a three day event with lot of chances to mingle with over 30 authors, including special guest author Charlaine Harris signings, diner party and excursions in the city. Katie and I bought tickets for the Saturday events. 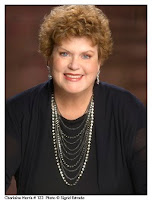 Katie and I meet once a year at a convention and this year we picked NolaStoryCon. We only attended the Saturday events, but you could have bought tickets for Friday and Sunday too.

We sat through three panels where authors talked and answered audience questions. Lot of laughs were had. 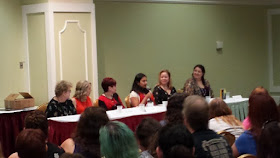 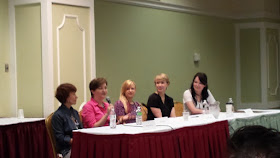 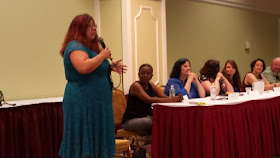 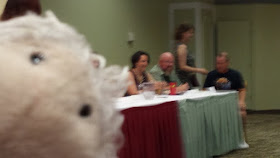 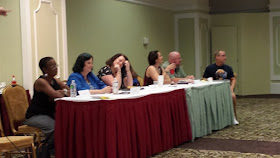 Saturday afternoon was the big signing. Ticket holders got in first and we managed to talk with each author, get stuff signed and fangirl when required. The signing was then opened up to the public and from what I understand there were a lot of them. 1400 was the figure I heard, but I'm not sure.

Saturday night was the dinner and games. After filling up on cake there was a costume contest and then some fun games were played like Truth or Dare for some authors. At the end of the night they did a drawing for all the table center pieces which were decorated shoes! Katie and I both won a shoe (pictured below). We got one signed by Jeaniene Frost and the other by Kresley Cole.

The other days we spent touring New Orleans...yes, we went to Bourbon Street at night with some other bloggers *cough* Jackie "Literary Escapism *cough*. I had my first Hurricane...those things are deceptively potent. We also did a night tour of the famous female killers of New Orleans. 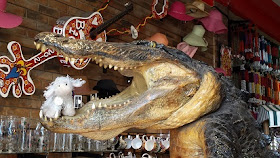 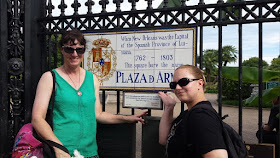 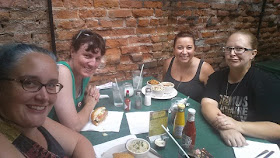 So many pretty houses. Even the one used in American Horror Story as well as Anne Rice's house.

Our hotel was awesome. We stayed at the Prytania Park Hotel in the Garden district. We were just a trolley ride away from all the action. Plus there was Voodoo BBQ across the street. 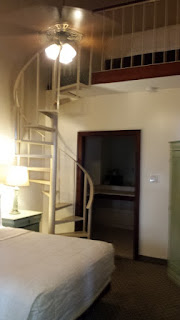 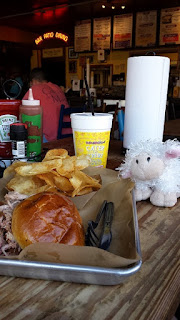 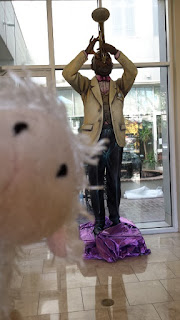 Some of the sites 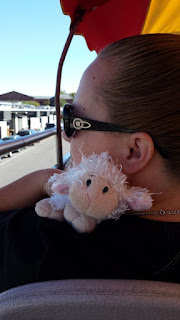 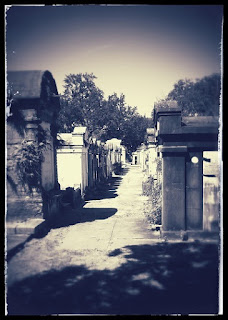 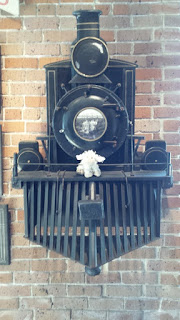 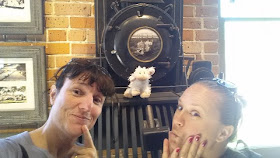 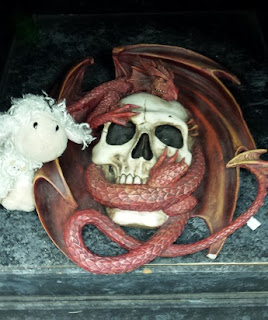 Went into my first casino (it was Baaarts first time as well) We lost money, duh! 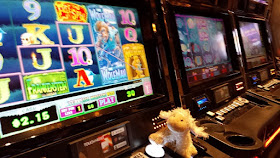 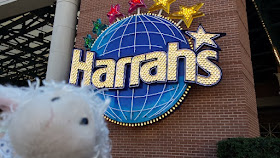 Beads hung in most of the trees along St. Charles St. 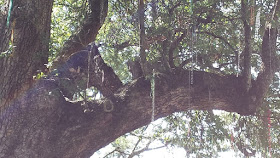 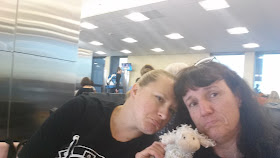 GIVEAWAY
We are giving away the shoe center pieces we won along with swag (some signed).
US only
Disclaimer: These shoes have been through some stuff...mainly my suitcase on a plane. Then they will be shipped to you via USPS. So, when they get to you I hope they will be in good condition...but you might need some glue. 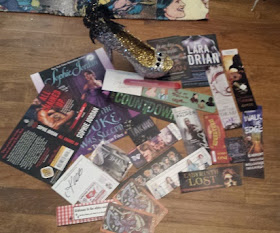 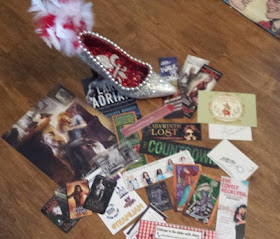