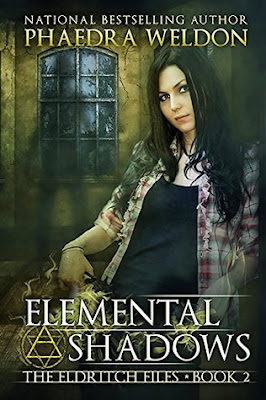 by Phaedra Weldon
January 29th 2015
Pages: 168
How do we tell the good from the bad when they look the same?

Elemental Witch and Magic Shop owner, Samantha Hawthorne, faces her future with the knowledge she was raised, taught, and groomed by the very evil responsible for the disappearance of her mother. Threads of Arcane Magic linger alongside the guilt Samantha endures for killing an innocent in her failed pursuit for revenge.

Now Clerics, the Witch’s Judiciary Branch, appear and request her aid in proving the self-appointed Witch Queen of New Orleans possesses the rumored Malleus Maleficarum, The Witch’s Hammer. They believe her command of the book’s Arcane power is responsible for the death of three Witch Elders.

But something else is rising in the city as reports of ghost sightings and evil shadows increase. Faced with a lingering fear her own use of Arcane Magic has tainted her in some way, mounting pressure with the threat of a warlock from the Clerics, and suspicion that the evil that escaped her is still influencing her decisions, Samantha calls upon her friends to weave their unique magic together to stop the rampage of Elemental Shadows.

Elemental Shadows is the second book in the Eldritch Files series.

This is the second book in the Eldritch Files series

Samantha Hawthorne is an elemental witch, and owns a Magic Shop in New Orleans. Arcane magic is something that witches are taught to avoid because it will corrupt the witch and destroys them. Sam had no choice but to use Arcane Magic and is now parts of the magic linger within her.

Clerics, which is a part of the Witch’s Judiciary Branch, appear and require her to find Malleus Maleficarum better known as the Witch’s Hammer. The witch they believe is hiding the book is Kyle’s aunt, and even though Sam doesn’t want to help her in any way the Clerics threaten her in the worst way possible. 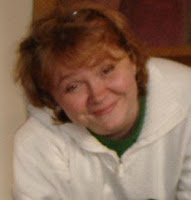 Her latest series are The Eldritch Files, The Grimoire Chronicles and The Dark Backward (coming 2016). There is also a 15 book Dark Fantasy series on the horizon, as soon as she feels she's got all the tools she needs in her wheelhouse.
Sharon Stogner at 11:00 AM
Share