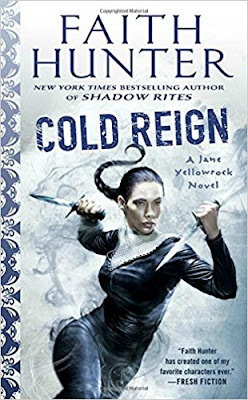 Jane walks softly and carries a big stake to keep the peace in New Orleans, all part of her job as official Enforcer to Leo Pellissier, Master of the City. But Leo’s reign is being threatened by a visit from a delegation of ancient European vampires seeking to expand their dominions.

And there’s another danger to the city. When she hears reports of revenant vampires, loose in NOLA and out for blood, Jane goes to put them down—and discovers there’s something unusual about these revenants. They never should have risen.

Jane must test her strength against a deadly, unnatural magic beyond human understanding, and a ruthless cadre of near-immortals whose thirst for power knows no bounds…
Amazon -B&N-IndieBound-Kobo-Google Play-Audible


Excerpt:
Eli had his battle face on: no emotion. No reaction. Edmund looked dead. His fangs should have flipped down. He should have ripped into Eli’s arm. He should have vamped out, insane with hunger. But he did nothing, which was infinitely worse. Eli pressed his bleeding wrist to Edmund’s mouth, gravity draining the blood in over Ed’s tongue. Some drizzled out his lips. Pooled in his cheek.

Nothing happened. Except watery blood pooled slowly on my floor. “Jane,” Eli said. “Call him.”

“You’re his master. He’s healed you, so he’s tasted your blood and shared his own with you. Call him. Make him drink. Keep him alive.”

I started to say I had no idea what he was talking about, but Eli snarled, “Do it.”

I started to say I didn’t know how, but Edmund looked like death-still dead, real dead, not undead. I closed my eyes and crossed my legs in a half-guru position. Beast? I called my carnivorous half. She didn’t answer, so I took a breath and dropped slowly into the Gray Between. Silver mist shot through with blue-black motes of power filled my mind. Beast? I know you’re here. How do I call Edmund?”

Beast does not know.

He is dead. He is dead for longer than Beast is alive.

Beast didn’t lie well, if at all, except by obfuscation. A thought occurred to me. How did you call kits when they got away?
She made a little mewling, coughing sound, which wouldn’t help at all.

Then I remembered the electric velvet feel of Sabina’s magics on the air when she called the Mithran vampires of New Orleans for a gather. And the raw, slicing power of Leo calling his scions to him prior to a feeding frenzy. That magic was all vampire, rich and deep and potent as death itself.

I reached out into the Gray Between. Took the silver mist and motes of my skinwalker magic into my . . . not hands. Into my mind. I usually used the magic to shift into an animal for which I had enough DNA material. But when I called Beast, it was different. Easier. I . . . I just thought about her, called her into being. I opened my eyes and looked down at the vampire. He was surrounded by the Gray Between. In the mist of my magics, he looked dead, pale and bloody and unbreathing, heart not beating. 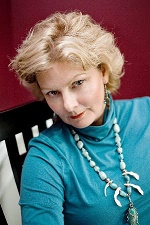 Giveaway!
There’s a tour-wide giveaway for copies of COLD REIGN and totes featuring Beast! Open to US residents only.